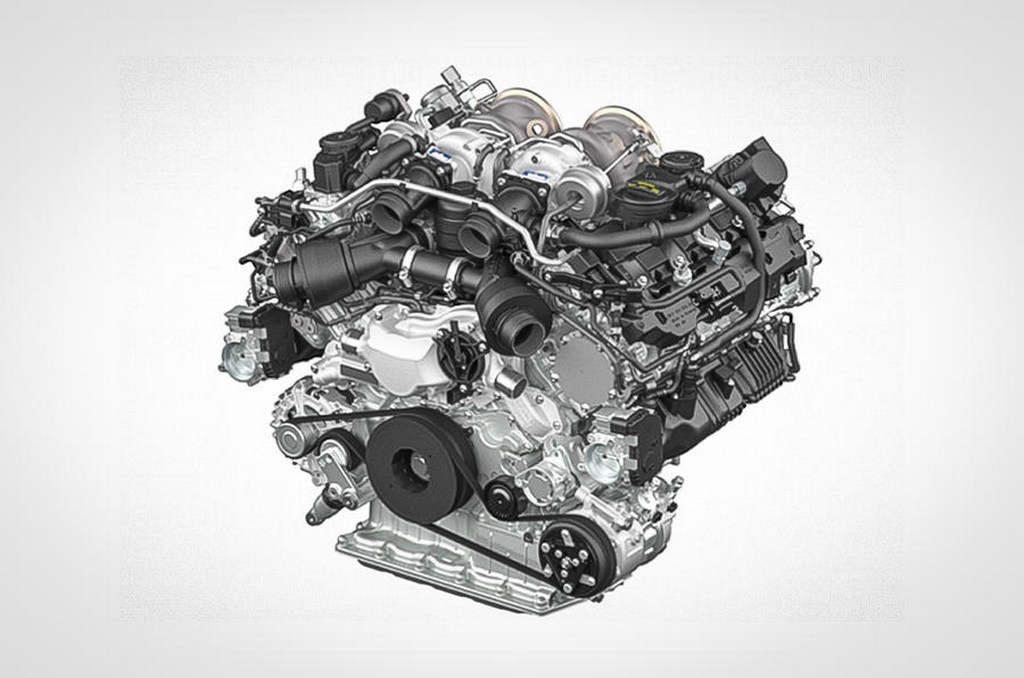 Porsche has unveiled a new powerful V8 petrol engine that will propel the future derivatives of the Cayenne Turbo and Panamera Turbo. The 4.0-litre, twin-turbo unit was presented at the Vienna Motor Symposium and is set to feature on several models in the Volkswagen Group’s Audi, Lamborghini and Bentley brands as well.

It has come as part of a joint venture between Porsche and Audi to develop new modular V6 and V8 motors for a variety of uses within the VW Group. The all-new Porsche engine shares its construction with the 3.0-litre V6 mill debuted in the new generation Audi S4 sedan at the 2016 Geneva Motor Show a couple of months ago. The new engine is engineered to provide wide range of outputs and applications within the VW Group to cut down production costs. The Audi range-topping luxury models such as the A6, A8, Q7 and Q8 are expected to get this engine alongside the Bentley Bentayaga, Continental and the Lamborghini Urus.

It has a square bore and stroke arrangement at 86×86 mm and features a swept volume of 3,996 cubic cm. Currently, Porsche uses 96×83 mm bore and stroke in the Panamera Turbo and Cayenne Turbo. It denotes a 810 cubic cm reduction in capacity and allows the future iterations of the aforementioned Porsche models to be powered by engine capacity less than 4.0-litres – availing tax relaxation in several overseas markets. Additionally, it makes 29.9 bhp per litre specific output due to the 90 degree V8 using 93 mm cylinder spacing. Porsche said the Panamera Turbo S and Cayenne Turbo S models in the future can develop up to 600 bhp and over 800 Nm of torque with the new 4.0-litre V8 petrol. The German sportscar maker has employed cylinder deactivation technology that puts four cyls off between 950 rpm and 3,500 rpm.

The system is believed to give 30 per cent more fuel efficiency and the versatile engine has been configured to allow for the adaptation of hybrid technology as well. This suggest that the new engine is more likely to get paired with electric motor in top-of-the-line high performance models.

Most importantly, the new V8 has been confirmed to be used in Audi’s MLB platform, supporting front and all-wheel drive, alongside the MSB architecture, facilitating rear-wheel and four-wheel drive of Porsche. In the MLB, it will be linked with eight-speed automatic and in the MSB, a new dual-clutch eight-speed auto ‘box.