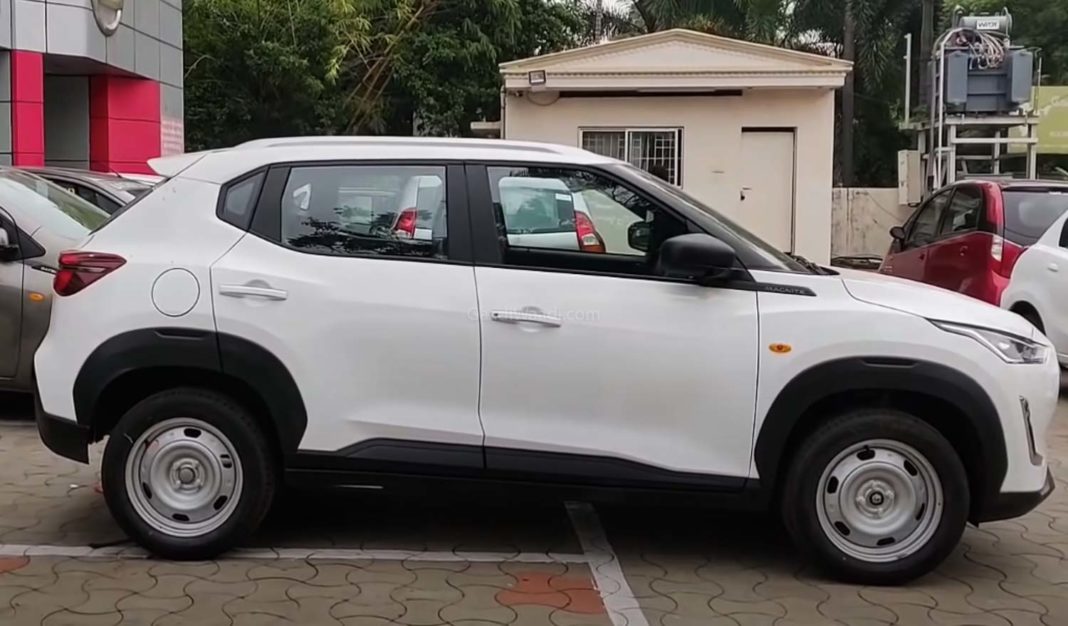 The Nissan Magnite XE is currently priced at Rs 4.99 lakh (ex-showroom) as a part of the introductory pricing, however, this price is only valid till the end of this year

Nissan recently launched the Magnite sub-4m SUV in the Indian market, which marked the Japanese carmaker’s entry into one of the most competitive segments in the country – the sub-4m SUV space. It certainly does feel like Nissan has got the recipe right, and the Magnite is touted to be a success.

Nissan shocked everyone with the price of the Magnite’s entry-level XE variant, which is currently priced at Rs 4.99 lakh (ex-showroom), making it the most affordable sub-4m SUV in the country. However, is the base variant of the car actually value for money? Here is a complete walkaround video of the Nissan Magnite XE to help you figure that out yourself –

While the top-end variant of the Magnite is certainly a looker, the Magnite XE looks bare-bones as compared to the former. The XE variant can only be had with two paint schemes i.e. white and silver. The said variant comes with halogen headlamps up front, L-shaped chrome strips that take place of the LED DRLs seen on the top-end trims. The radiator grille does get a chrome surround, which gives the front fascia a premium touch.

The Nissan Magnite comes with 16-inch wheels as standard, and while the top-end variants get stylish alloys, the base XE trim sits on steel wheels. It gets body-coloured door handles, while the ORVMs are finished in black plastic. The turn indicators have been positioned on the front fenders on this variant, however, Nissan has decided to offer functional roof rails on the Magnite, across the entire range.

At the rear, we see that Nissan is offering a rear wiper, washer and demister is also offered as standard fitment on the sub-4m SUV. However, the rear bumper on the XE trim misses out on the faux skid plate treatment seen on the higher variants.

On the inside, the Magnite XE gets a dual-tone black and grey layout, along with black inside door handles, chrome surrounds for the AC vents, internally-adjustable ORVMs, and front and rear power windows. However, it misses out on an audio system. Although you do get an LED instrument cluster with a 3.5-inch MID sitting in the middle.

The Magnite XE can only be had with the 1.0-litre naturally aspirated petrol engine that makes 72 PS power and 96 Nm torque. The transmission duties are handled by a 5-speed manual gearbox as standard. It should be noted that the aforementioned price is a part of the introductory pricing of the car, which is valid till December 31, 2020. Come 2021, the base variant’s price will be increased to Rs 5.54 lakh (ex-showroom), Nissan confirmed at Magnite’s launch.