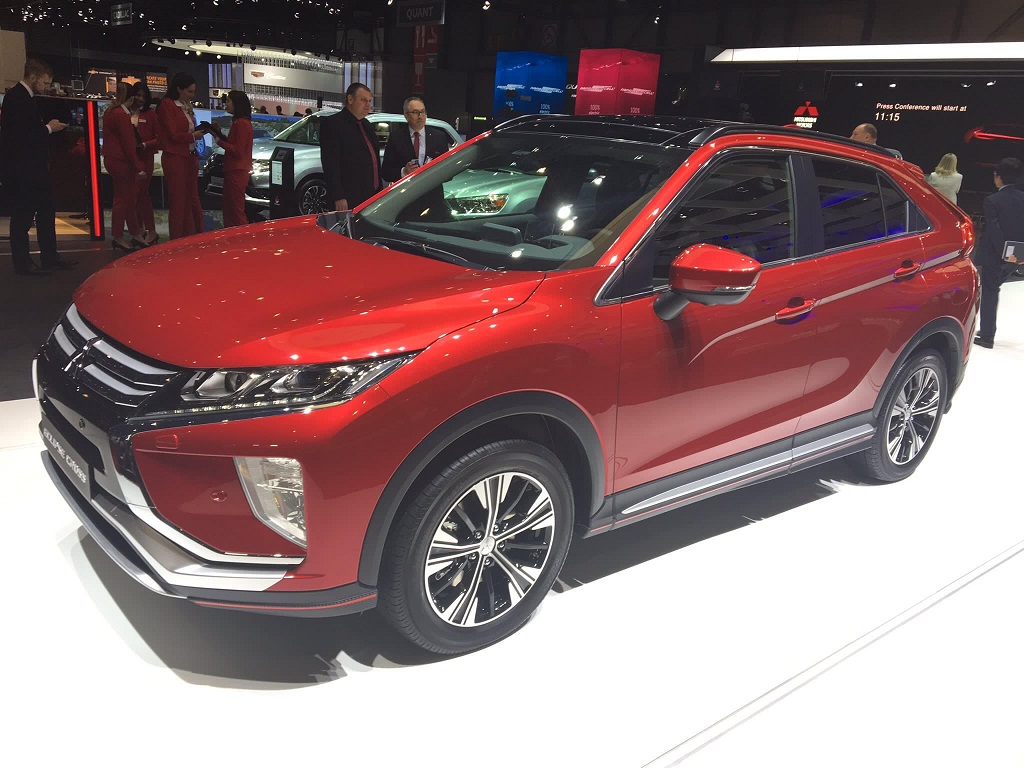 The all-new Mitsubishi Eclipse Cross is the production version of XR-PHEV concept; to compete against Nissan Qashqai, Honda HR-V and Chevrolet Trax

Japanese auto manufacturer Mitsubishi has unveiled an all-new compact crossover at the opening media day of the 87th Salon International de l’automobile. The crossover primarily targets the American market where crossover and SUVs are immensely popular. To get a good share in the segment, Mitsubishi is eyeing to launch couple of new cars there and chief among them is this crossover we are covering.

Reinstituting the Eclipse name, which was an alluring sportscar, the new crossover will join the existing ASX and Outlander. As the Japanese auto manufacturer said before, the Eclipse Cross comes with sharp bodywork in line with brand’s latest design and a butch look with stretched LED headlamps that go very well with the American customer’s choice. The crossover also features sporty front and rear fenders giving it a pure muscular appearance.

A bright red metallic paint that syncs well with the Eclipse name has been introduced. The sharp projector headlamps with integrated LED daytime running lights and H-shaped chrome garnished front grille are designed in accordance with the all-new Outlander SUV. At the side profile, it gains a sleek roofline, chrome trim around glass area, blackened B pillar and sharp character lines. It runs on chunky alloy wheels and overall joining together the design cues, we are seeing a production version of the XR-PHEV concept eventually.

Moving to the rear profile, the first Mitsubishi crossover, after Nissan’s takeover, appears with vertically positioned sharp tail lights that have been designed in accordance with the new Mitsubishi Outlander as well. The rear bumper has a muscular tone while the integrated roof spoiler and sloped roofline enhance the sportiness of the compact crossover.

A specifically developed 2.2-litre common-rail direct-injected turbocharged diesel is linked with a new eight-speed auto. With an electronically-controlled four-wheel drive system, the integrated Super All-Wheel Control helps in greater dynamics incorporating the Active Yaw Control. As a final touch, the Eclipse Cross The increased body rigidity thanks to a three-point strut tower brace up front and structural bonding at rear aid in stability and handling.

The ASX’s turbodiesel 1.6-litre in other markets such as Europe is a possible options alongside a plug-in hybrid. Upon its arrival, the crossover will lock horns with rivals like Nissan Qashqai, Honda HR-V and Chevrolet Trax. No pricing details have been announced yet but we will know soon when the Eclipse Cross hits Europe this fall before entering Japan, North America, Australia, etc.