As per a recent online report, Maruti Suzuki is expected to launch its first electric SUV in India in 2024 ahead of the festive season. Internally codenamed YY8, this new Maruti electric SUV will be developed in association with the brand’s Japan-based team. The brand is also said to benchmark this new SUV with other electric SUVs like the Nissan Leaf and the Peugeot e2009 EV.

Having said this, while the brand is yet to launch the official details, here is everything that you should know about this new Maruti electric SUV in India. The report comes after the carmaker released RFQs (Request For Quotation) for the suppliers’ pricing on the required services for the new upcoming electric SUV in India.

For starters, this new upcoming SUV will measure around 4.2 metres in length while the wheelbase is expected to measure around 2,700 mm. Furthermore, Maruti will be utilizing Toyota’s global 40PL platform that has a skateboard architecture. 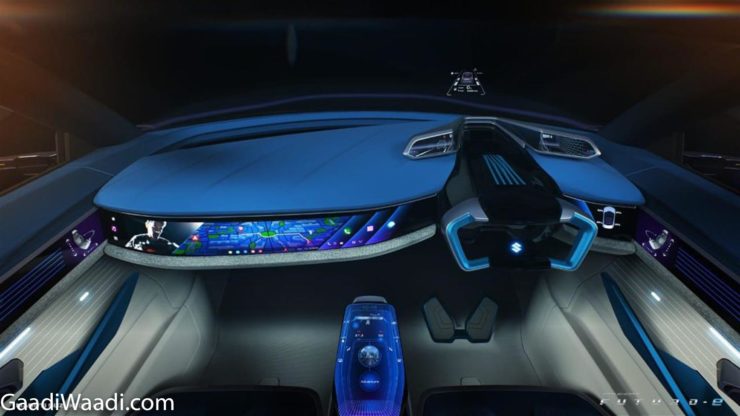 While the brand is yet to share more details about the powertrain, what we do know is that this new electric SUV will get two drivetrain options – 2WD and 4WD. The 2WD iteration is expected to get a 48 kWh battery pack that will power a single 138 bhp motor.

The claimed range from this version is expected to be around 400 km. The 4WD variant on the other hand gets a 170 bhp motor and a larger 59 kWh battery pack that will provide an approximate range of around 500 kms on a single charge.

The brand is also said to source battery packs from TDSG while the price of this new electric SUV is expected to start from Rs 13-15 lakh for the base, 2WD variant. The Indian carmaker is currently working on launching the new Maruti Grand Vitara Hybrid in India.

Scheduled to make its debut on July 2022, the Grand Vitara Hybrid will be the first hybrid SUV in the brand’s line-up and will share its powertrain with the recently introduced Toyota Urban Cruiser Hyryder. Both these SUVs will take on the rivals like Hyundai Creta and the Kia Seltos.