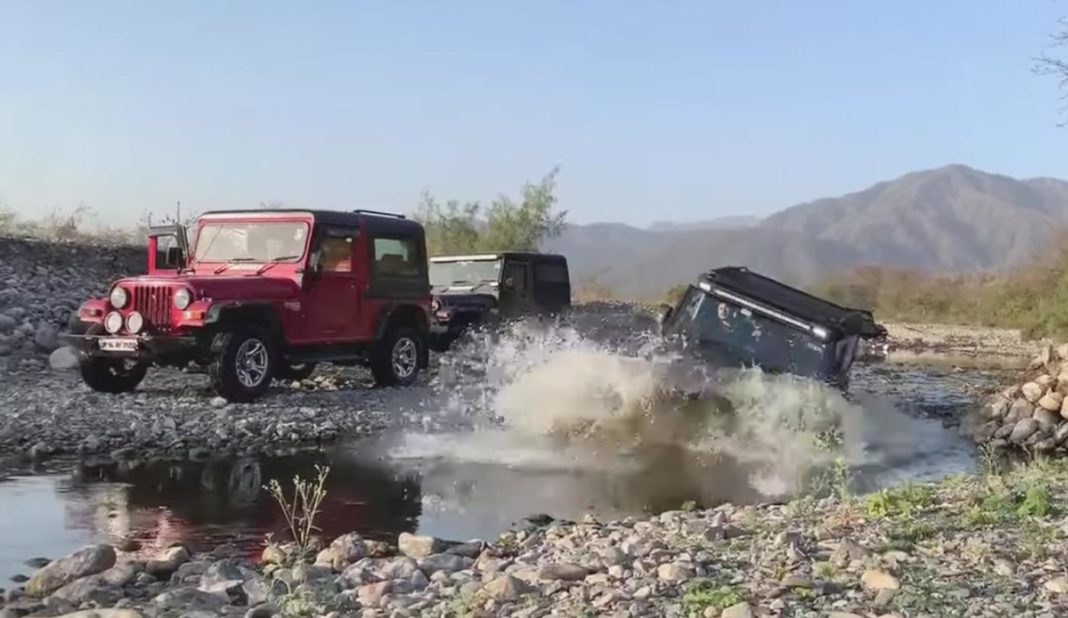 The Mahindra Thar is currently available at a starting price of Rs 12.10 lakh, going all the way up to Rs 14.15 lakh (both prices, ex-showroom)

The Thar nameplate has been associated with an offroad-centric SUV that is extremely capable, and is built to conquer the worst of roads with ease. Mahindra introduced a new-gen model for the SUV late last year, and the demand for the car has seen a steep increase, thanks to the extensive updates that the carmaker has introduced with the new Thar.

While the Thar has become much more urban as compared to the outgoing model, it’s very obvious that most of its owners still buy it for its off-roading capabilities. A range of videos have previously been uploaded on the internet, showcasing the new Thar’s capabilities in heavy snow and even sand dunes.

However, a new video has appeared on the web showing the new Mahindra Thar crossing a river stream. The video is shared by Mehul Rajvanshi on a group on Facebook called the Mahindra Thar 4X4 group, and it shows a black-coloured Thar first go through a small patch of water, and then cross the big deep puddle.

Powering the Mahindra Thar is a 2.0-litre mStallion TGDi turbocharged petrol engine that generates 150 PS power as well as 300 Nm torque when had with the 6-speed manual gearbox, and 320 Nm when coupled with the 6-speed torque converter auto transmission. Also on offer is a 2.2-litre mHawk turbo diesel engine rated at 130 PS/300 Nm, and can also be had with either a 6-speed MT, or an optional 6-speed AT. 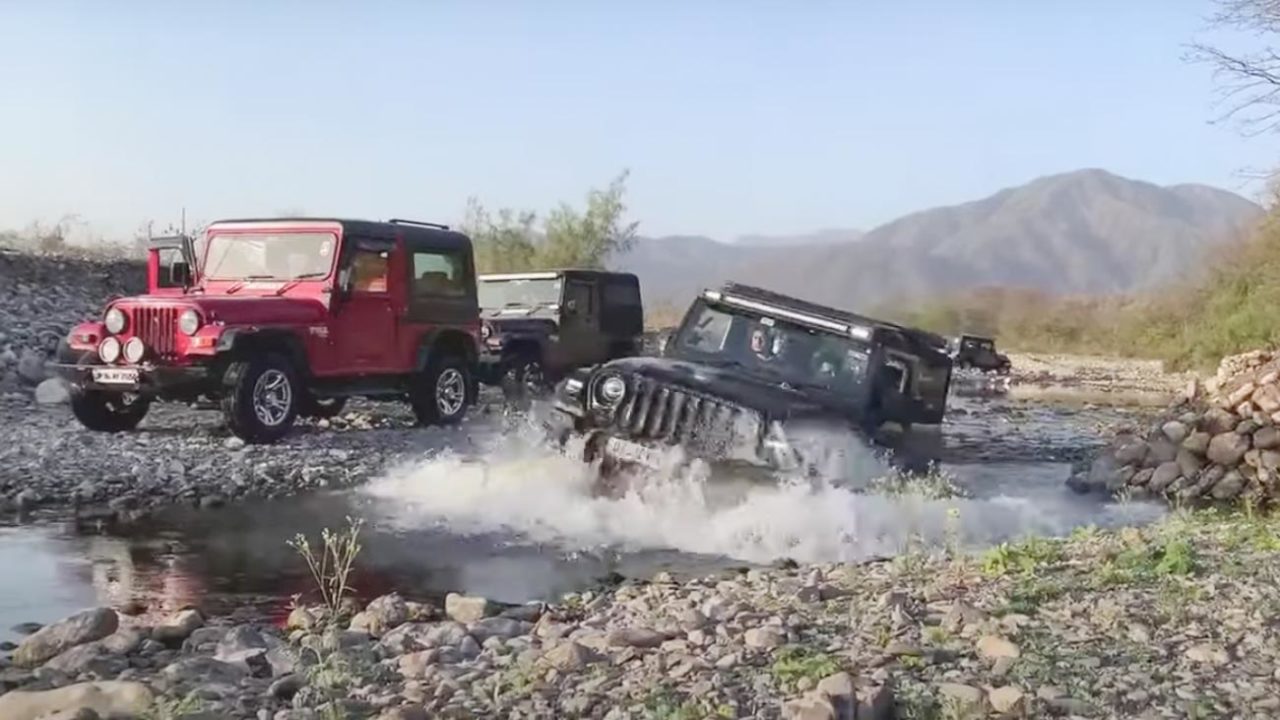 As of now, Mahindra retails the Thar at a base price of Rs 12.10 lakh, which goes up to Rs 14.15 lakh (both prices, ex-showroom) for the top-end trim. While the Thar has no direct rival in the country as of yet, it does face competition from a range of similarly-priced SUVs like Hyundai Creta, Kia Seltos etc.