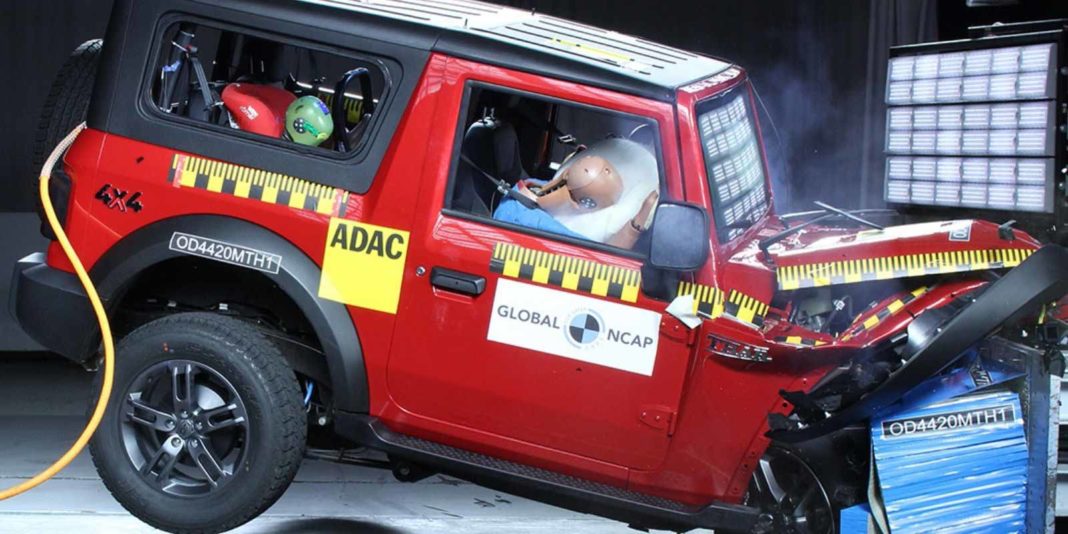 The latest round of crash tests from Global NCAP under the #SaferCarsForIndia campaign saw the new generation Mahindra Thar being put through a number of assessments. The second-gen off-roader debuted in the domestic market early last month with high expectations and it has certainly lived up to the hype in drawing sales numbers and the Global NCAP results could not have come at a better time.

The new Mahindra Thar has been awarded four stars out of five as it scored 12.52 marks out of 17.00 in the Adult Occupant protection category with four stars and 41.11 out of 49.00 in the Child Occupant category leading to a highly appreciable average rating of four stars. It comes on the back on Mahindra’s recent launches such as the XUV300 compact SUV and Marazzo MPV receiving high marks in the crash test assessments.

The tested car had two frontal airbags which is standard across the range and the tests were conducted at 64 kmph including the frontal offset deformable barrier test. GNCAP further said that the off-roader also meets the side impact UN 95 regulation. Under the #SaferCarsForIndia campaign, the XUV300 registered five out of five ratings and overall it is evaluated to be the safest Indian car tested by GNCAP with the highest combined score.

The Marazzo was awarded four stars as well by Global NCAP. The homegrown manufacturers such as Mahindra and Tata Motors are pushing boundaries with their latest products as their GNCAP rating shows the structural strength in line with the globally acclaimed models. It is worth noting that the 2020 Mahindra Thar is underpinned by an all-new ladder frame chassis.

The off-roader has gained more than 20,000 reservations in India and the production will be ramped up from January 2021 to meet the growing demand. It derives power from a 2.2-litre diesel and a new 2.0-litre mStallion petrol engine. Both are paired with either a six-speed manual or a six-speed torque converter automatic transmission. 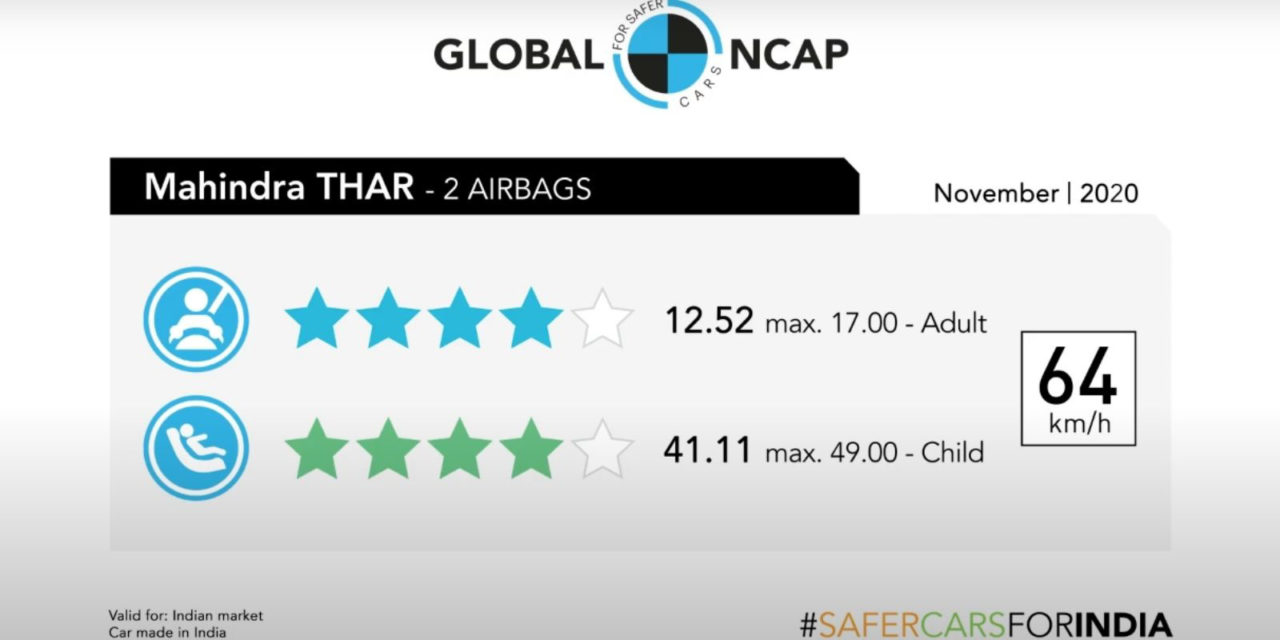 The new Thar has been transformed into a lifestyle off-roader as it offers a number of premium features including a touchscreen infotainment system.