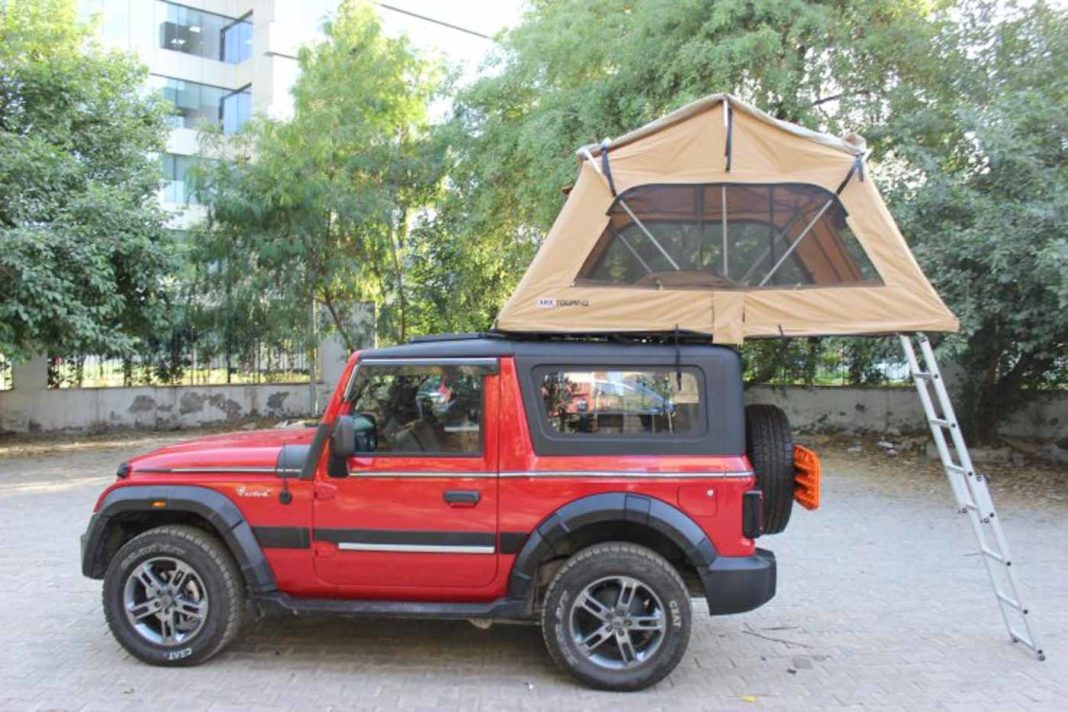 Bimbra 4×4 is offering a range of functional accessories for the Mahindra Thar including a custom hardtop with a roof tent, custom sliding rear seats and a snorkel

Mahindra introduced a new-gen model for the Thar late last year, and thanks to the extensive updates that the carmaker has introduced with the new model, the SUV has gained immense popularity in the market. While Mahindra is offering a host of custom accessories with the car, the aftermarket scene seems to take it a notch higher.

The folks at Bimbra 4×4 have managed to introduce a very useful accessory for the Thar that can help you rest between your adventurous expeditions. The Gurgaon-based tuning house has developed a custom hardtop for the new Thar, which has a load-carrying capacity of 250 kg. The custom roof comes with mounting points for roof racks, while Bimbra 4×4 has fitted a rooftop tent on this particular example of the SUV.

Apart from that, a host of other accessories have been introduced for the Thar. Bimbra 4×4 has also developed channels for the second-row seats to help them slide back and forth. Since the Thar comes with an almost non-existent boot, these custom seats can be moved forward to increase the boot space. 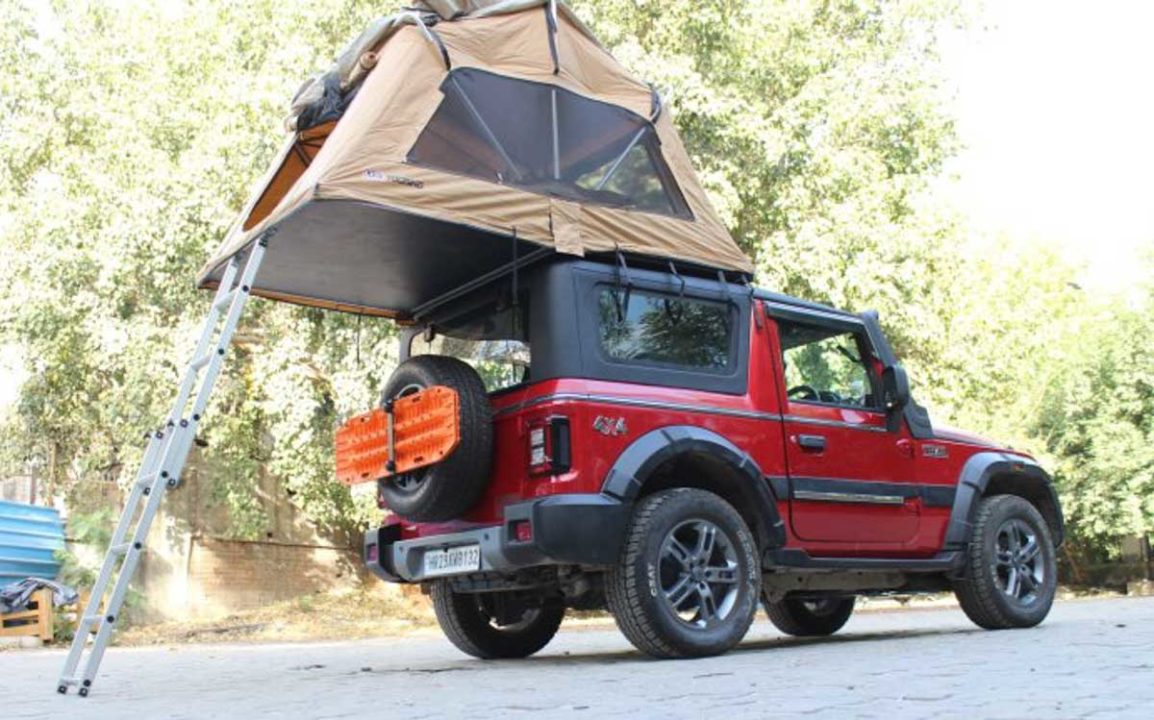 The folks at Bimbra 4×4 have also introduced a custom functional snorkel for the Thar which sits flush with the car’s A-pillar. The custom hardtop is priced at Rs 74,990, while the rooftop tent will set you back by Rs 89,990. On the other hand, the sliding channels for the second-row seats cost anywhere between Rs 9,990 to Rs 12,990. The snorkel is priced between Rs 10,490 to Rs 12,990, depending upon the functionality since a dummy unit is also available.

Powering the Mahindra Thar are two powertrains including a 2.0-litre mStallion TGDi turbocharged petrol engine that generates 150 PS power and 300 Nm torque (320 Nm with AT), and a 2.2-litre mHawk turbo diesel engine rated at 130 PS/300 Nm. Both the engines can be had with either a 6-speed MT or an optional 6-speed AT. 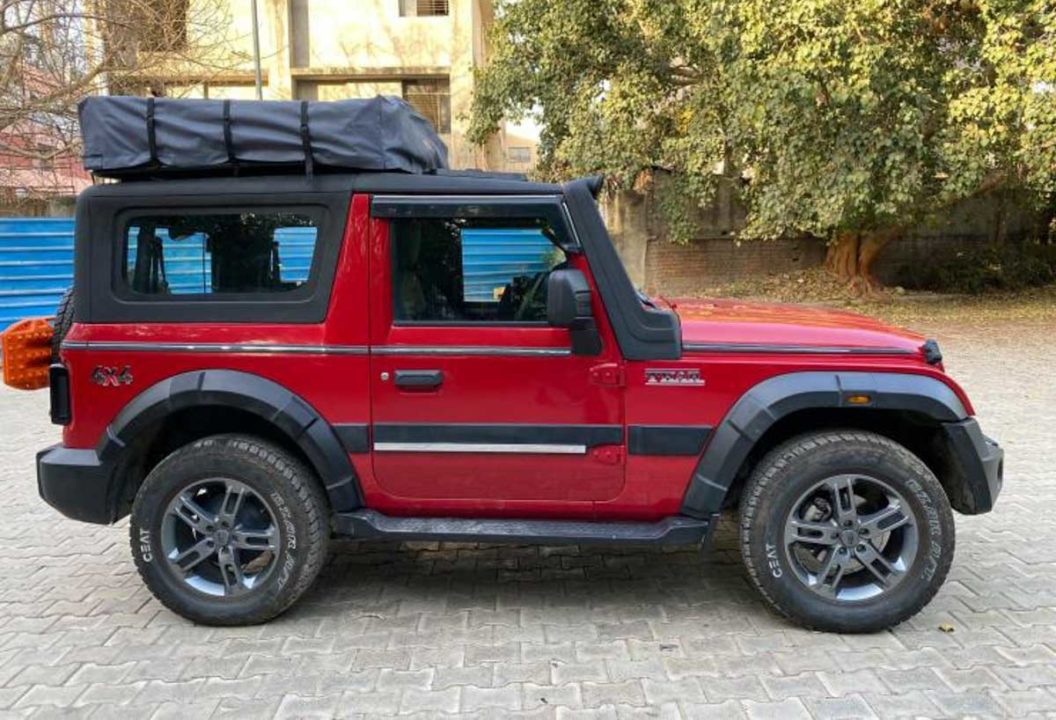 As of now, Mahindra retails the Thar at a base price of Rs 12.10 lakh, which goes up to Rs 14.15 lakh (both prices, ex-showroom) for the top-end trim. While the Thar has no direct rival in the country, it does face competition from similarly-priced SUVs like Hyundai Creta, Kia Seltos etc.