Majority of Honda Cars India’s sales in the financial year 2018-19 came courtesy of the Amaze. The Japanese auto major introduced the second generation Amaze in May 2018 and it became an instant hit. The sub-four-metre sedan is based on a new platform and comes with a heavily updated exterior and interior in its latest avatar – a radical departure from its predecessor.

In the period between April 2018 and March 2019, the Amaze clocked 85,061 unit sales and when compared to the same time during previous fiscal, the massive growth of 293 per cent was achieved. The Amaze competes in the hotly contested affordable sedan segment led by Maruti Suzuki Dzire that registered 2,53,859 units last fiscal. However, its YoY growth only stood at 6 per cent.

Barring the Dzire and Amaze, no other sub-four-metre sedan had posted positive growth in FY2019. The third-placed Hyundai Xcent garnered a total of 37,982 units at a de-growth of 8 per cent while Tata Tigor managed only 25,804 units despite receiving a facelift in November 2018. The arrival of the second-gen Amaze helped Honda to end 2018 on a good note amidst struggling with the sales of other models. 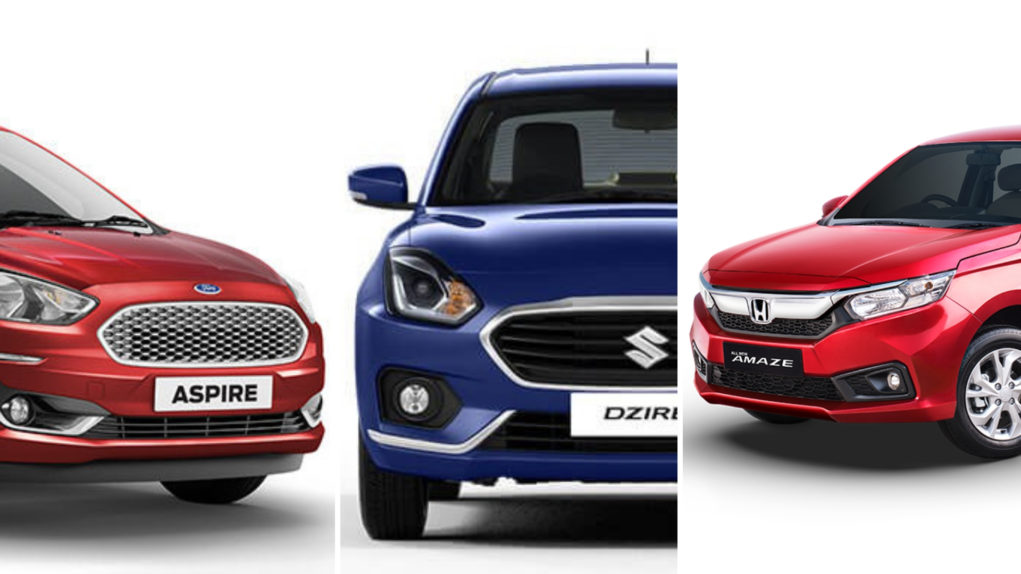 Elsewhere in the segment, the Ford Aspire, Tata Zest and Volkswagen Ameo recorded 30, 42 and 49 per cent YoY sales drops respectively in the financial year 2018-19. As a whole, the compact sedan segment endured 13 per cent YoY sales increase as 4,38,370 units were retailed against 3,89,645 during the same time in the previous fiscal.

From the cumulative sales tally, it is no secret that the Dzire and Amaze played significant role in volumes as they accounted for more than 3,38,000 units. The Amaze currently is priced between Rs. 5.85 lakh and Rs. 9.56 lakh while the Maruti Suzuki Dzire costs Rs. 5.69 lakh to Rs. 9.54 lakh (all prices, ex-showroom).