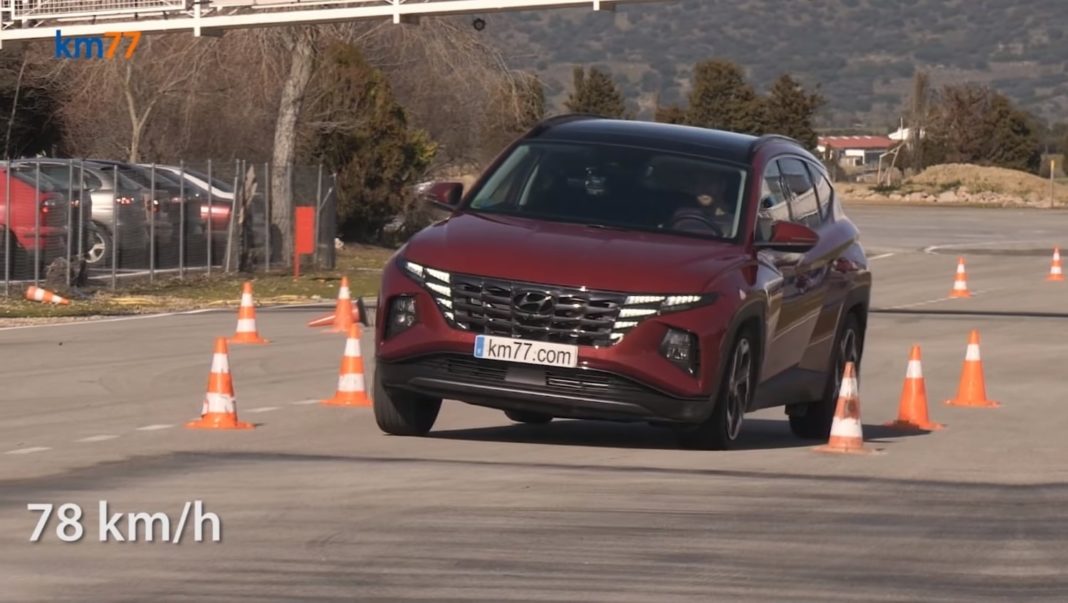 The fourth-generation Hyundai Tucson was recently subjected to the moose test, and the results were quite interesting

Last year, Hyundai introduced the fourth-generation Tucson to the world. The new model was a massive departure from its predecessor, with a completely new design, and is currently on sale in a few international markets. Recently the new-gen Tucson took the moose test, and the handling of the SUV was found to be below par.

The moose test was performed by km77.com, an automobile publication based in Spain. First, the manoeuvre test was performed by two drivers, with different entry speeds over multiple runs, in order to determine the highest speed at which the SUV can clear the course without hitting a single cone. At an entry speed of 76 kmph (around 47 mph), the SUV managed to hit one cone.

At 71 kmph (~44 mph), things were much calmer, and the Tucson cleared the course without any drama. However, at 74 kmph (~46 mph), the SUV hit one cone and struggled to maintain its line near the exit. At 78 kmph (~48 mph), it was unable to complete the manoeuvre course. Overall, the Tucson’s performance was below average, with competitors like Volkswagen Tiguan and Subaru Forester outperforming it.

After that, the SUV hit the slalom course, where it performed decently well in terms of traction, although there was a lot of body roll. This particular model was the Hyundai Tucson hybrid, which was powered by a 1.6-litre turbo-petrol engine, boosted by a 44kW electric motor (with a 1.49 kWh Li-ion battery).

This petrol/electric hybrid setup generates a peak power of 229 PS and 350 Nm, and is offered with an AWD system. Despite the AWD system, the SUV lacked the handling chops to ace the moose test, thanks to the massive understeer. 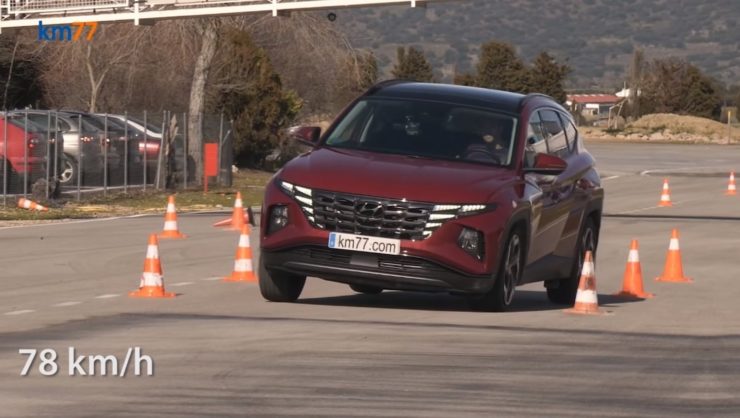 In the Indian market, Hyundai doesn’t offer the new-gen Tucson. Instead, we get the old-generation model (third-generation internationally), which was given a minor facelift last year. The India-spec Tucson is available with two engine options – a 2.0-litre turbo-petrol (152 PS and 192 Nm) and a 2.0-litre diesel (185 PS and 400 Nm). The petrol motor is offered with a 6-speed automatic transmission and the diesel mill comes paired with an 8-speed automatic gearbox.