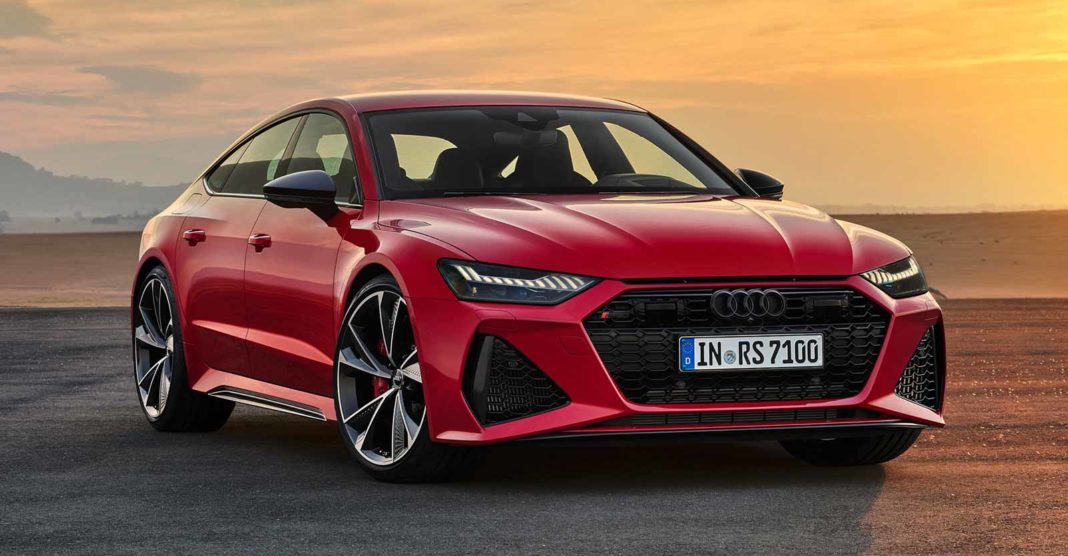 The new generation Audi RS7 is slated to launch in India next month, it will derive its power from a high-strung 4.0-litre twin-turbocharged V8 that makes 600 hp and 800 Nm

Audi India, the local subsidiary of the Ingolstadt-based premium carmaker, has teased the new generation RS7 Sportback. The new model is likely to launch next month. Car aficionados will agree that the the earlier RS7 is easily the most practical monster one can buy for huge sums of money as its powerful motor and the four-door format combine the best of both the worlds. The new RS7 is all that, and more, which is something that should help the company take the legacy a step or two further.

As expected the new-gen Audi R7 shares its body with the vanilla A7 but what’s interesting to note here that only the hood, front doors and boot lid are shared between the two models. The RS7 is wider and has a more aggressive front-end that features huge airdams and a gloss-black honeycomb grille.

The rear-end gets a new bumper with a bigger diffuser and oval exhausts brings. The car features 21-inch rims as standard, while 22-inch rims are optional. The interior is also a tad sportier than that of the A7. It features an RS steering wheel with large paddle shifters along with RS seats finished in Alcantara trim. The car also features a dual-touchscreen layout for the dashboard.

Powering the new generation Audi RS7 Sportback is a 4.0-litre twin-turbo V8 engine that produces a maximum power of 600 hp and a peak torque of 800 Nm. The motor comes mated to an 8-speed automatic transmission that sends power to all four wheels. All the power and the tremendous traction helps the car sprint from 0 to 100 kmph in a little more than 3 seconds.

The new generation Audi RS7 is expected to cost Rs 1.2 crore (ex-showroom). This will put it in the cross hairs of the likes of Mercedes-AMG E63 S and BMW M5 Competition. The new model will join the A6, A8 and Q8 in Audi India’s lineup.