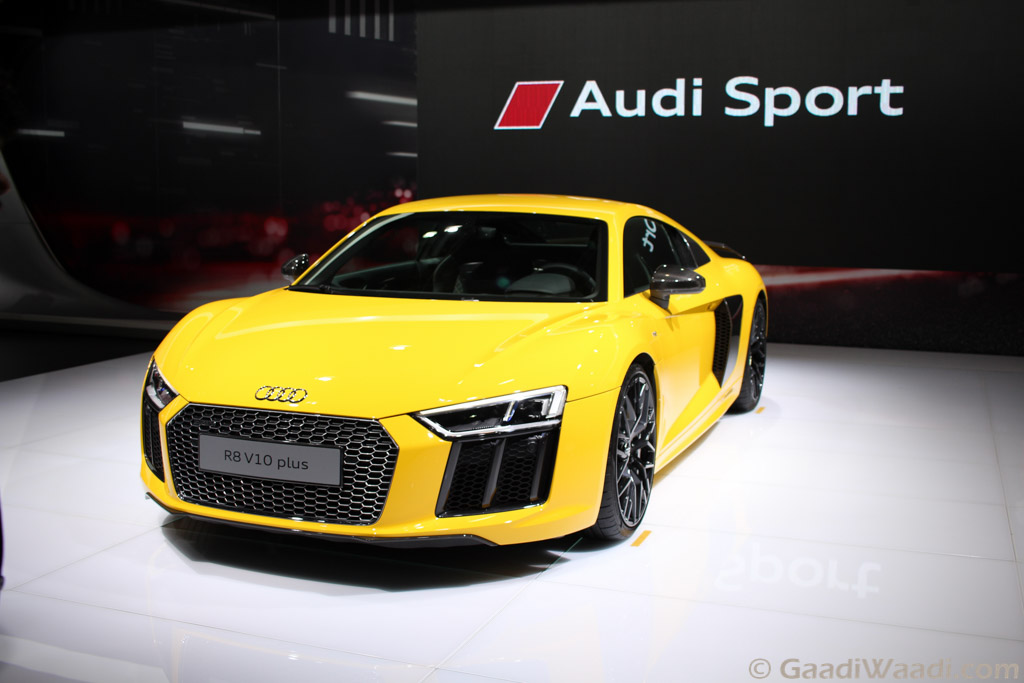 Audi’s ultra-performance supercar, the second generation Audi R8, has been introduced at the Auto Expo 2016. It sits on the modern MSS (Modular Sport System) architecture sharing components with the Lamborghini Huracán but changes have been made to facilitate for Audi-ish luxury and occupants’ comfort. The lighter aluminum space frame chassis made the R8 15% less heavier than its predecessor as central tunnel and B-pillars received carbon-fiber composite treatment.

The standard equipment on the two-door Audi R8 are 19-inch alloy wheels, 245/35 tyres at the front and 295/35 at the back for enhancing performance on track but buyers have option to choose 20-inch wheels. The new R8 is low-slung, wide and long and lower than the outgoig model and comes packed with technologies like electro mechanical power steering, water cooled front differential and magnetic ride suspension offered as option. 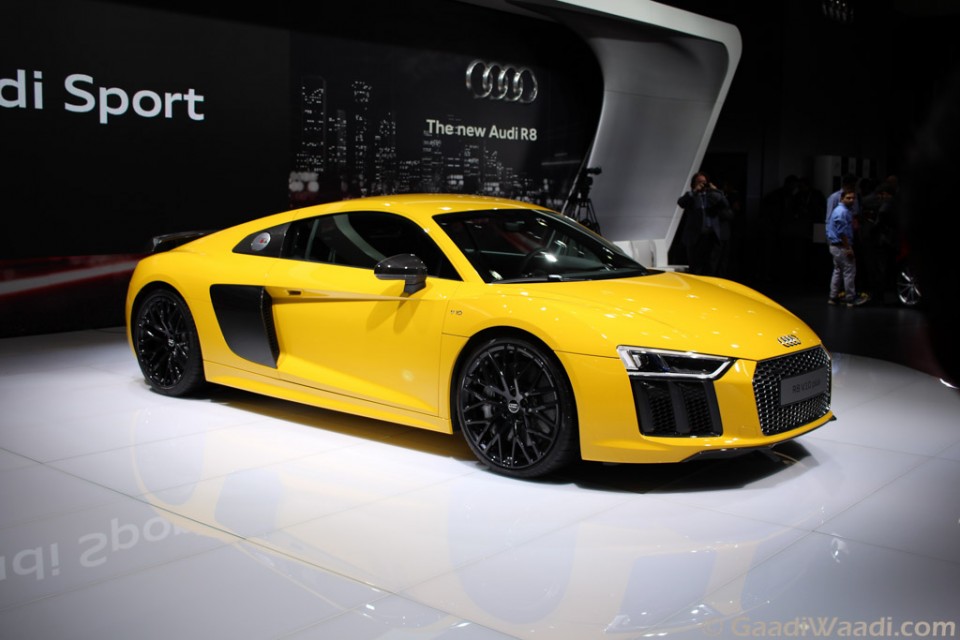 The new generation Audi R8 has angled vertical double sideblades on either sides at the bottom with LED signature headlamps, sharper looks, a mid rear-engined layout and laser lights provided as an option make the complete design package an upgraded version rather than an evolution.

The standard R8 develops 540 hp and 398 lb-ft of torque from the 5.2-litre V8 and the more powerful V10 Plus makes out 610 hp and 413 lb-ft of peak torque. The former can do 0-100 kmph sprint in a claimed 3.5 seconds and latter is three tenths faster at 3.2 seconds. The V10 model can get to a top speed of 321 kmph and the more powerful V10 Plus can reach its top speed of 330 kmph – both prominently quicker than the previous generation models they replace. 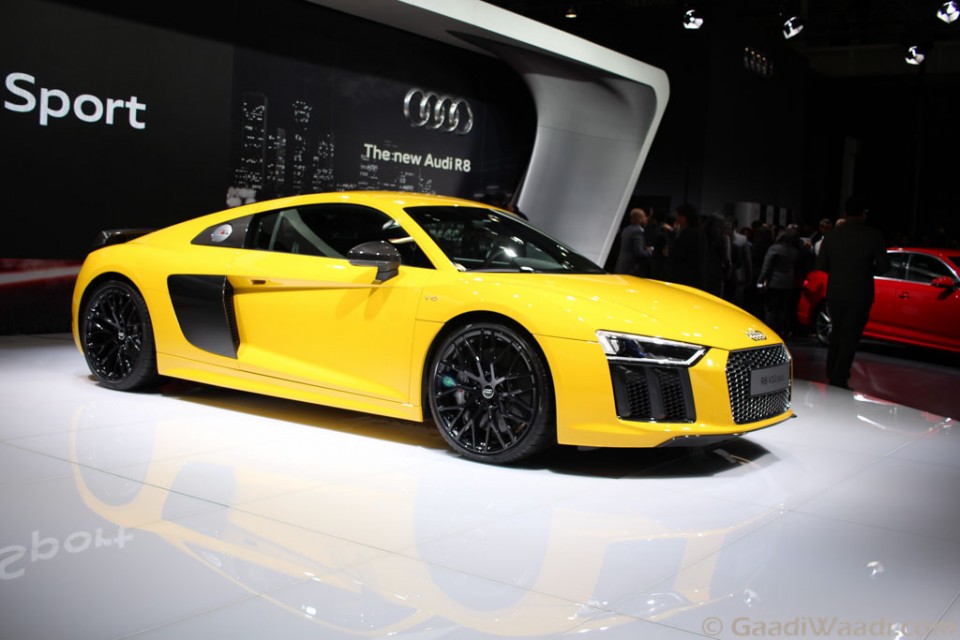 The gated manual transmission has been left out in favour of the DL800 seven-speed “wet” dual-clutch automatic gearbox driving all-four wheels through the all-wheel drive Quattro system. The new-gen Audi R8 features fully variable front/rear torque distribution, Dynamic and Performance driving modes for the ease of cornering stability and handling characteristics. As similar to the TT sportscar, the Audi R8 super car will be packing a TFT monitor display, multi-functional flat-bottom steering wheel, virtual cockpit system and many other technologies.