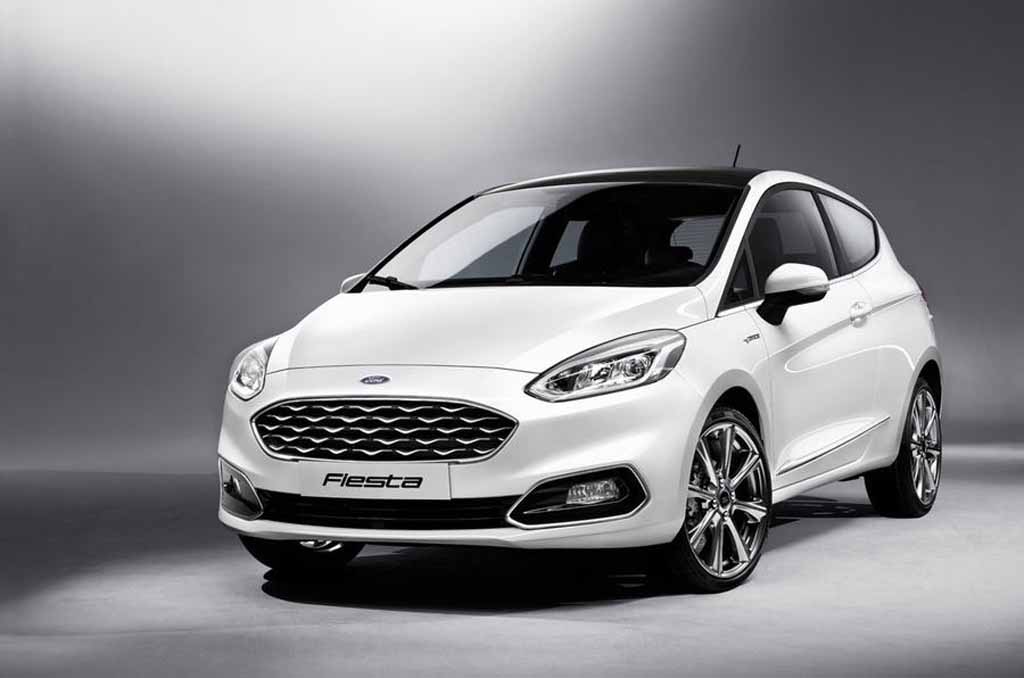 Based on the Global B platform, the 2017 Ford Fiesta looks more muscular; to go on sale from next year in overseas markets

Ford has finally revealed the all new seventh generation model of Fiesta premium hatchback. The car looks more muscular and sharper in its new avatar. The popular hatchback is scheduled to go on sale from July next year. Alongside the global market, the Fiesta may launch in our country as well. If launched here, it will likely lock horns with tough rivals like Maruti Suzuki Baleno and Hyundai Elite i20 but we don’t think it’s coming anytime soon.

In India, one of the reasons behind the American automaker’s stumbled growth has been lack of products in its lineup. In recent times, with new Ford Figo hatchback and Aspire sedan not doing well despite being capable products, the new Ford Endeavour SUV has received praise and popularity. However for more substantial growth, Ford should be introducing more global models in the domestic market and the new-gen Fiesta could be one of them in the future. The new model can be instantly recognized as a Fiesta, but it looks more muscular than the previous model. The headlights come sleeker and the front grille has become bigger. A large central air intake, sleek fog lamps surrounded by blackened area give the car’s front fascia bolder look. Apart from that, the sporty alloy wheels, sharp character lines at side profile; roof spoiler and horizontally positioned taillights also help the car to come attractive.

Interior of new generation Ford Fiesta has received a complete overhaul. It gets a completely new dashboard with less buttons. The floating touchscreen infotainment system is available in two different options, 6.5-inch in lower variants and 8.0-inch in higher variants. Apart from that, there are rotary temperature controls, a refreshed instrument cluster and multi-function three-spoke steering wheel. The seat and upholstery materials have been improved than before, while the sunroof delivers the premium vibe. Based on the Global B platform, the 2017 Ford Fiesta sports a 1.0-litre Ecoboost petrol engine under the hood. The engine is available in three different power outputs, which are 99 bhp, 123 bhp and 138 bhp. Also a new 1.1-litre petrol engine is also there available in 69 bhp and 84 bhp power output options. On diesel front the 1.5-litre unit delivers 94 bhp of peak power.