Toyota has revealed the Land Cruiser 300 after months of speculations and it focusses on evolution, greater reliability and off-roading abilities over the previous model. The body-on-frame structure remains but the LC300 sits on the new TNGA-F architecture with several technological improvements as it has become more rigid, lighter with lower centre of gravity.

The overall kerb weight has gone down by 200 kilograms and the improved suspension allows for more wheel articulation along with a multi-terrain monitor, drive select modes and E-KDSS (Electronic Kinetic Dynamic Suspension System) for better road holding. It measures 4,990 mm in length, 1,980 mm in width and has a wheelbase length of 2,850 mm as the LC200.

Even the 32 degrees approach angle and 24 degrees departure angle remain similar. Under the bonnet, the 2021 Toyota Land Cruiser gets a 3.5-litre V6 twin-turbo engine producing 415 PS and 650 Nm while the 3.3-litre twin-turbo V6 generates 309 PS and 700 Nm. Both the powertrains are linked with a ten-speed automatic transmission while CO2 emissions are said to have been reduced.

The performance-spec Toyota Land Cruiser 300 GR Sport will be unveiled at a later date. On the outside, it gets a redesigned upright front fascia with LED lighting elements, squared-off wheel arches, bold bonnet structure, restyled front and rear bumpers, new tail lamps and so on. The designers have worked on positioning the lighting elements with off-road trails in mind.

The cabin comprises a large touchscreen infotainment system with prominent buttons, 4 High and 4 Low modes, a gauge cluster with physical dials and an info display, heated and ventilated seats, JBL audio, Toyota Safety Sense package with detection of oncoming vehicles, pedestrians and cyclists, and steering away from the crash if you are taking evasive action. 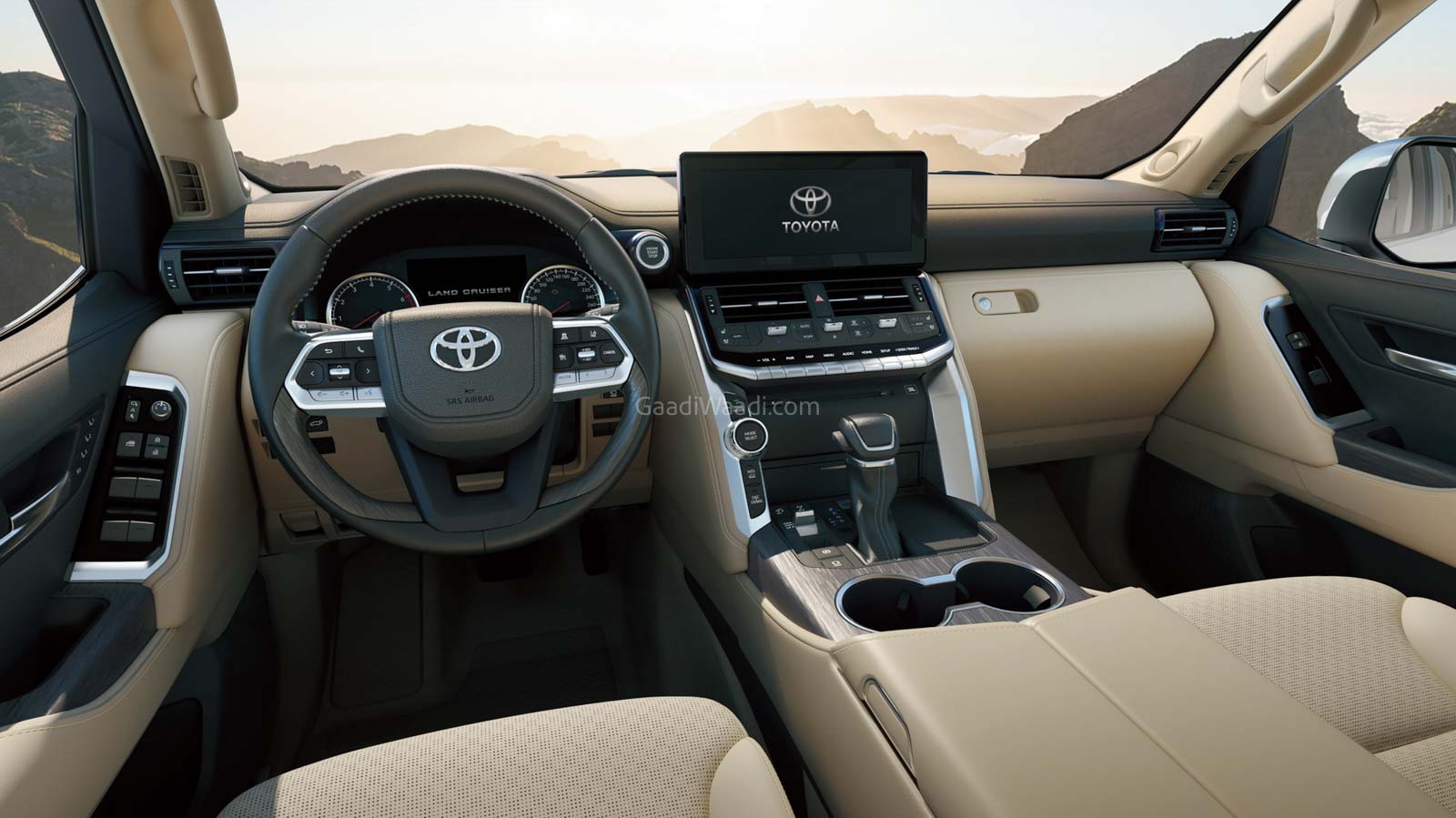 The Japanese auto major boldly claims that the Land Cruiser 300 is a vehicle capable of taking you “anywhere and everywhere” and it will be introduced in the international markets in the coming months. India is expected to get the LC300 in the near future as the Prado and Land Cruiser 200 were sold here previously.