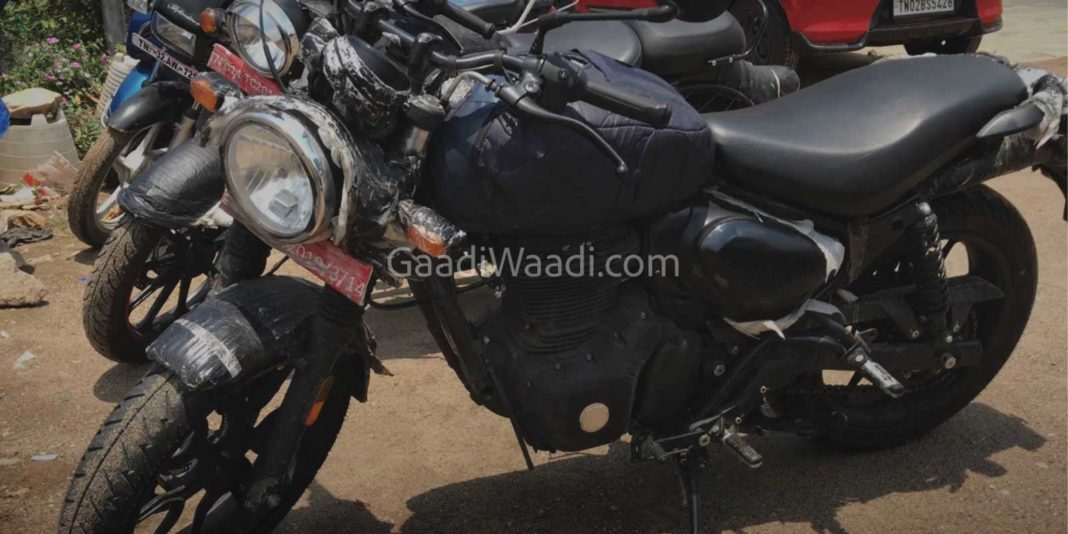 Royal Enfield appears to be preparing to launch the new generation Classic 350 within the next two months and many spy shots have emerged on the internet giving us all the necessary details. The Hunter 350 has also been caught on camera a number of times in recent months and it will more likely be introduced later this year or in early 2022.

The homegrown manufacturer is also working on a cruiser based on the 650 platform. Here we have a new spy video revealing all the changes that are implemented on the upcoming Classic 350 as well as the Hunter 350. The best-selling motorcycle within the brand’s lineup will continue to have the chunky fenders and in fact, the design changes are fairly minimal.

The tail section has become more compact and the pillion seat has a more rounded appearance. The split seats are expected to be brand new with better cushioning while up front the 35 mm telescopic front forks and twin gas charged rear shocks can be seen. It will be offered with a dual-channel ABS system and repositioned disc brakes.

Up front, the chrome detailing on the circular halogen headlamp should also be noted and the tear drop shaped fuel tank continues on. The revised instrument cluster comprises of a separate pod for the Google-powered Tripper Navigation system and a digital reading shows information like fuel gauge. Both the 2021 Royal Enfield Classic 350 and Hunter 350 are based on the J architecture, which debuted in the Meteor 350.

The twin cradle chassis should enable good handling characteristics and more importantly better cornering abilities in the Classic 350. They will also share the 349 cc single-cylinder air-cooled OHC engine developing a maximum power output of 20.2 bhp and 27 Nm of peak torque. It is connected to a five-speed transmission.

As for the Royal Enfield Hunter 350, it will take on the Honda H’ness CB350 and Jawa 42 2.1 with a roadster appeal and has black elements all around the body including the alloy wheels and slightly upswept exhaust. It has a unique dual instrument pod, retro chromed out headlamp and a flat handlebar setup.

However, the headlamp appear to be halogen instead of an LED unit and the rear has LED tail lamp. It has a more committed riding position compared to the Classic and a thick single-piece seat can also be seen alongside sculpted fuel tank.