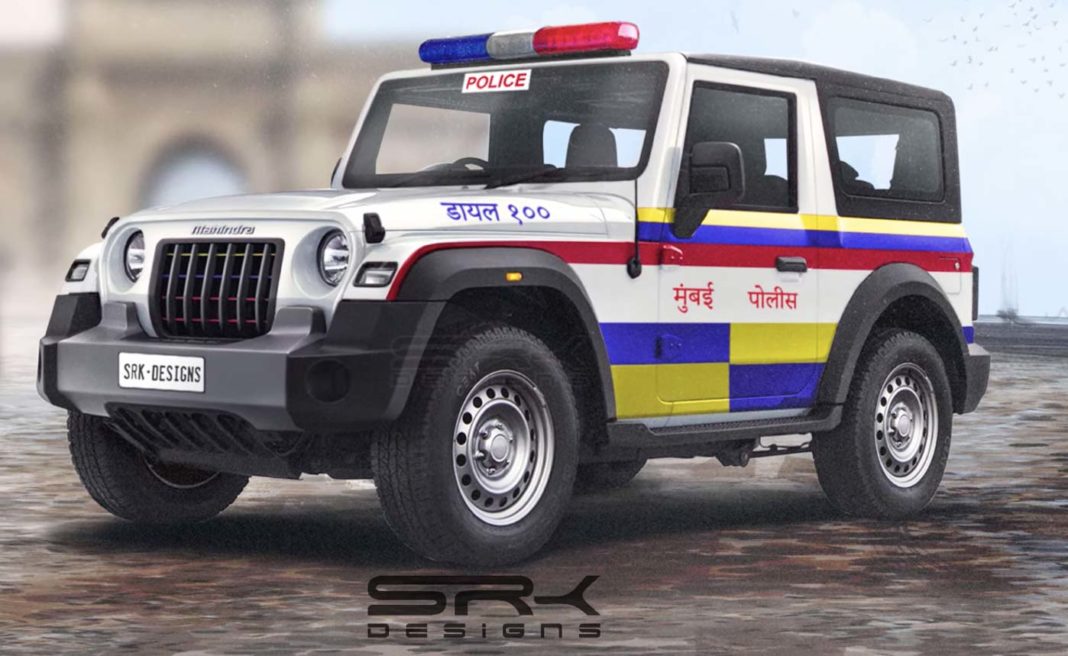 As of now, the new-gen Mahindra Thar has no direct rival in the Indian market, but will soon get a new competitor in the form of the upcoming BS6 Force Gurkha

Earlier this month, Mahindra officially launched the new-gen version of the Thar in the Indian market, and the updated SUV received an overwhelming response across the nation. Mahindra has priced the SUV between Rs 9.80 – 13.75 lakh (ex-showroom), and bookings for the new-gen car are already underway.

Since the Thar is one of the most capable cars available in the Indian market at its price point, it would make for a superior vehicle to be used by law enforcement services of the country. Shoeb R Kalania, the in-house digital artist of IAB has imagined the 2020 Mahindra Thar as a Mumbai Police patrol car, and uploaded a complete transition video on his YouTube channel, take a look –

The artist first takes the LX variant of the Mahindra Thar with a hard top, and changes its primary colour to white, then adds red, blue and yellow strips all over the body, along with ‘Police’, ‘Dial 100’ badging all across. The alloy wheels have been replaced by steel wheels, the fog lamps have been removed and a beacon has also been added on the roof of the rendered SUV.

Mahindra has certainly spruced up the Thar, and made it not just a better off-roader, but has also thoroughly worked on making it a better city car. The 2020 Thar is being offered in two trim lines, namely AX and LX, with the AX being more adventure oriented, whereas the LX trim is positioned as a slightly premium lifestyle-oriented model.

Powering the new-gen Mahindra Thar are two different powertrains including a 2.2-litre mHawk turbo diesel engine that makes 130 PS power and 300 Nm torque, as well as a 2.0-litre mStallion turbocharged petrol engine that belts out 150 PS of max power and 300 Nm of peak torque (320 Nm with AT). Transmission options on both the powertrains include a 6-speed MT as well as an optional 6-speed torque converter AT.