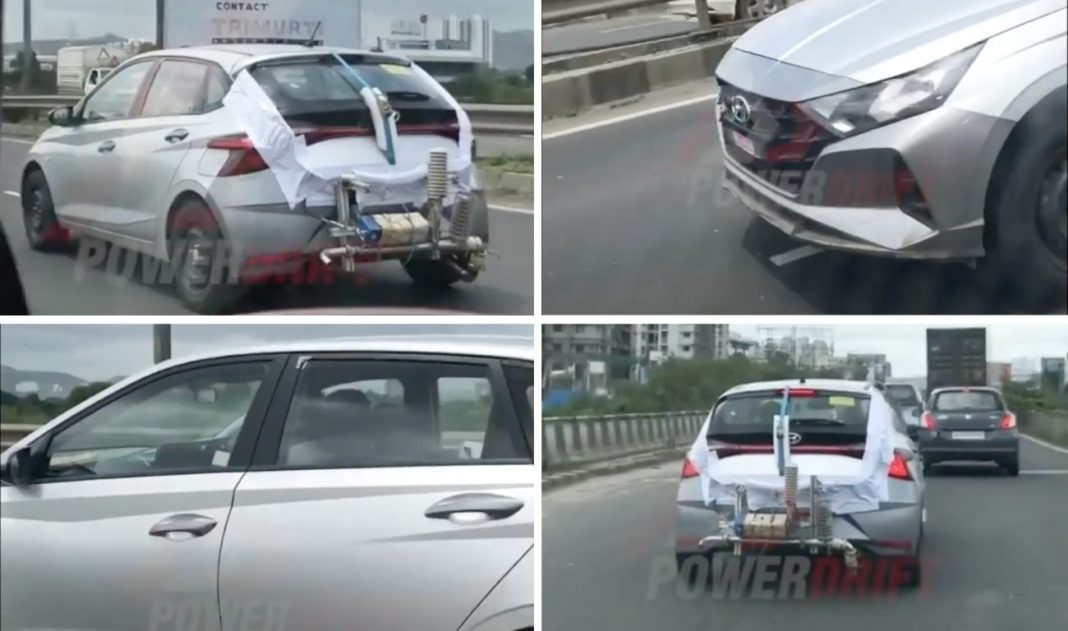 Hyundai Motor India Limited (HMIL) is on a launch spree since the beginning of this year as the all-new Aura compact sedan was followed by a slew of launches such as the facelifted Verna and Tucson and the brand’s biggest product of the year, the new-gen Creta, also entered the fray in March 2020. The upcoming Elite i20 has also been spotted testing a number of times on Indian soil.

The latest Euro-spec i20 made its European debut earlier this year and since then, the India-spec Elite i20 with similar exterior revisions has been expected to make its showroom appearance. As we approach the festive season, Hyundai appears to be gearing up to introduce the third generation Elite i20 around late September or sometime in October.

The premium hatch has now been caught on camera without wearing camouflage as it was conducting emission tests in Pune. On the outside, the design approach has taken an evolutionary turn following the Sensuous Sportiness philosophy followed by the brand globally. The front fascia comprises of sleeker pair of headlamps, more prominent grille section and aggressive fog lamp housing.

You could also see the muscular shoulder lines running from the front fender till the rear and is accompanied by razor-sharp character lines lower down and beneath the door handles. The heavily updated rear profile gets wraparound LED tail lamps with a reflector strip connecting them. The front and rear bumpers are upgraded too while the steel wheels, roof-mounted spoiler, stop lamp and regular antenna can be noted.

As for the performance, it will likely use the same 1.2-litre naturally aspirated petrol, a 1.0-litre turbocharged petrol and a 1.5-litre diesel from the Venue. A five-speed manual, a six-speed manual and a seven-speed DCT are said to be the transmission choices. With an expansive range, expect the price range to hover around Rs. 5.7 lakh to Rs. 9.5 lakh (ex-showroom).