The long-awaited new-generation Hyundai Verna is expected to make its global debut in India in the coming months and is expected to go on sale this year as well. The all-new model will compete firmly against Honda City, VW Virtus and Skoda Slavia and it gains a slew of cosmetic updates and cabin changes along with mechanical upgrades including a new powertrain.

Compared to the outgoing model, the new-gen Hyundai Verna is a radical departure with a brand new exterior and interior. Up front, courtesy of the Sensuous Sportiness styling language, it is more dynamic judging by the spy images. Taking heavy design inspiration from the global Sonata and Elantra, the 2023 Hyundai Verna will likely come with a large grille section and a sleeker LED headlamp assembly.

The front bumper, fog lamps and air intake are also brand new and moving to the sides, you would not be hard-pressed to find the set of newly designed alloy wheels. The connected LED tail lamps, sportier character lines and bonnet creases, updated rear bumper and a new trunk add to the visual stature of the all-new midsize sedan, which has grown in proportions.

Under the bonnet, the tried-and-tested 1.5-litre four-cylinder NA petrol and the 1.5-litre four-cylinder turbo diesel engines will be utilised. The former develops a maximum power output of 115 PS and 144 Nm of peak torque while the latter kicks out 115 PS and 250 Nm. The smaller 1.0-litre three-cylinder turbo petrol engine producing 120 PS and 172 Nm will reportedly be let go of the line. 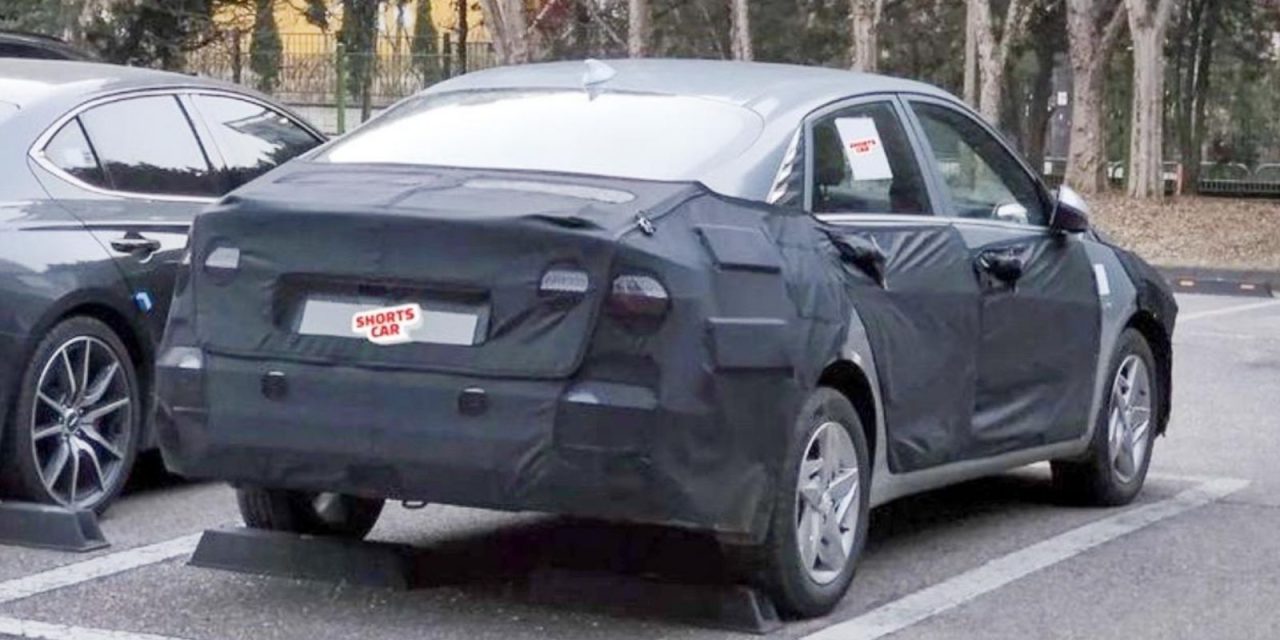 A new 1.5-litre turbocharged petrol could fill its place though to compete firmly against the 1.5-litre Evo petrol engine equipped Skoda Slavia and VW Virtus. The 2023 Hyundai Verna could be offered in an expansive range upon arrival.