2023 Hyundai Verna is expected to be based on the latest Sensuous Sportiness design philosophy; could boast ADAS technologies

The road testing of the next generation Verna appeared to have commenced in India as a test prototype of the sedan was caught testing quite a few weeks back locally. The Verna is one of the top sellers in the midsize sedan segment but the popularity of the segment has slowly deteriorated in recent years but Hyundai does not look to be giving up on it.

While the fifth generation Honda City arrived to revive the segment, it could not do much to get the segment back to where it was in the past. With ever-changing customer preferences in the Indian market, the compact and midsize SUV segments have seen plenty of takers in recent times and the trend is expected to continue.

The all-new Verna is expected to make its world premiere in the coming months in its homeland of South Korea while the India debut could happen sometime next year. It will likely be subjected to an assortment of revisions inside and out. Especially on the design front, the 2023 Hyundai Verna could be radically different compared to the existing model. 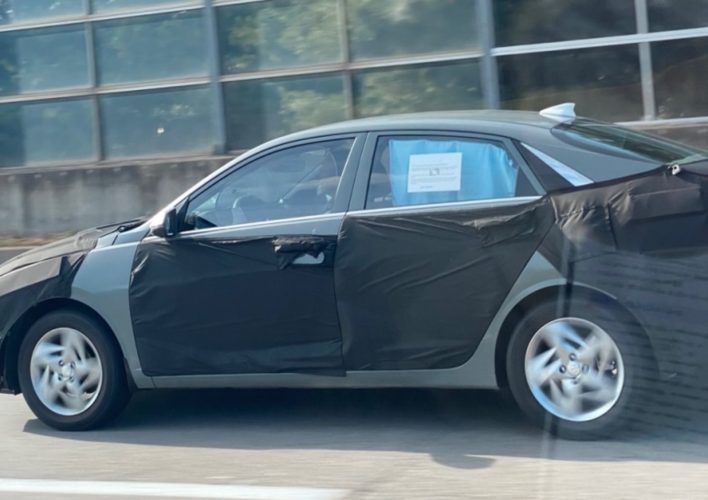 It will stick by the latest Sensuous Sportiness styling philosophy adopted by models such as the facelifted Venue and the upcoming fourth-generation Tucson. The test mules showed the presence of a revised front grille, sharper LED headlamps, redesigned front and rear bumpers, a set of newly designed alloy wheels, new LED tail lamps, a fastback silhouette, etc.

The design could be influenced by the latest Sonata sold in the international markets. The chances of the upcoming Verna being based on a new platform are also high with larger proportions enabling a spacious cabin. The interior is expected to get a new dashboard and centre console, more premium surface materials and trims and a lot more.

As for features, it will likely be packed with a 10.25-inch touchscreen infotainment system, an all-digital instrument console, wireless charging facility, six airbags, an electric sunroof and ADAS technologies that will debut in the new Tucson. Under the bonnet, the existing petrol and diesel engines will likely continue.