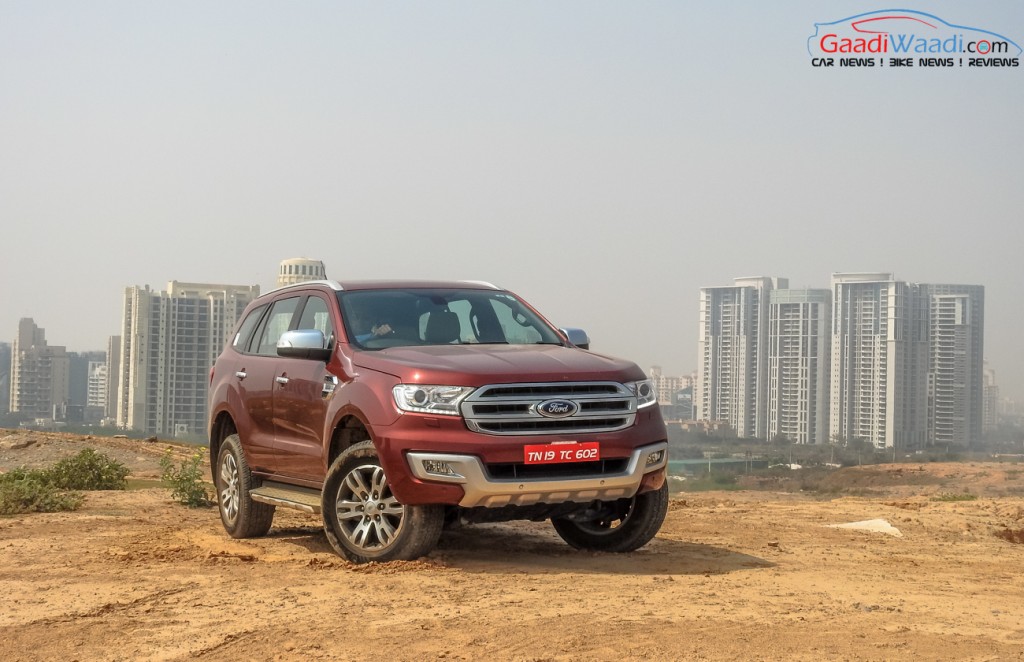 Ford India launched the third-generation Endeavour SUV in the domestic market on January 20th, 2016. The new generation model, also known as Everest in foreign markets, has been an instant success as it completed the first month of January with 480 units of sales. Its intense rival in the premium SUV segment, the Toyota Fortuner, started dipping when the new Ford started to gain momentum as the Japanese SUV garnered only 825 units as opposed to its regular not-less-than 1,000 sales mark.

The following three months have given us a clear picture that the new-gen Endeavour has put the Fortuner in all sorts of bother. In the sales comparison between the two traditional rivals, it can be said that the Endeavour has eat into the retail numbers of the Fortuner by a large extent.

The major slump for the Fortuner came in March as only 481 examples were delivered as against 385 for the Endeavour. As expected, the potent SUV from the American manufacturer toppled the segment leader at the end of April. Ford has managed to sell 560 units of the Endeavour – 51 units more when compared to the Fortuner. In doing so, it has taken the lead over the Fortuner and is expected to continue until the latest generation Fortuner arrives in the final quarter of 2016. We reported earlier, in our exclusive interview with Toyota’s VP Mr. Naveen Soni, that the marque has preponed the timeframe for the launch of new Fortuner from early next year to the end of 2016. The acceptance of the Endeavour among customers could have played a major role in it and moreover compared to YOY sales (April 2016 and April 2015), Toyota has lost a whopping 60 per cent.

The all-new Toyota Fortuner will be manufactured at the company’s production facility in Karnataka and the engine line-up could be carried over from the newly Innova Crysta MPV. It included a new 2.4-litre, DOHC, inline, four-cylinder, 2GD-FTV diesel common rail powerplant producing 150 PS at 3,400 rpm and 343 Nm of torque between 1,400 and 2,800 rpm. This motor will be mated with a five-speed manual transmission. The second diesel mill will be the 2.8-litre 1GD-FTV, 16V, common rail, DOHC diesel motor developing 174 PS at 3,400 rpm and 360 Nm of peak torque between 1,200 and 3,400 rpm. It will be linked with a six speed automatic gearbox with sequential shifters. Both 2WD and 4WD options will be available to buy.

It measures about 4,795 mm in length which is 90 mm longer than the current model. The new SUV will be 1,855 mm wide, 15 mm wider than the existing Fortuner, and 1,835 mm tall (15 mm shorter than the present model) while managing to retain the same 2,750 mm wheelbase. It is based on the Innovative International Multi-purpose Vehicle (IMV) platform that underpins Innova and the Hilux Revo pickup truck. It will rival the Ford Endeavour alongside Chevrolet Trailblazer, Hyundai Santa Fe and Mitsubishi Pajero Sport and is more likely to be priced between Rs. 23 lakh and Rs. 28 lakh.