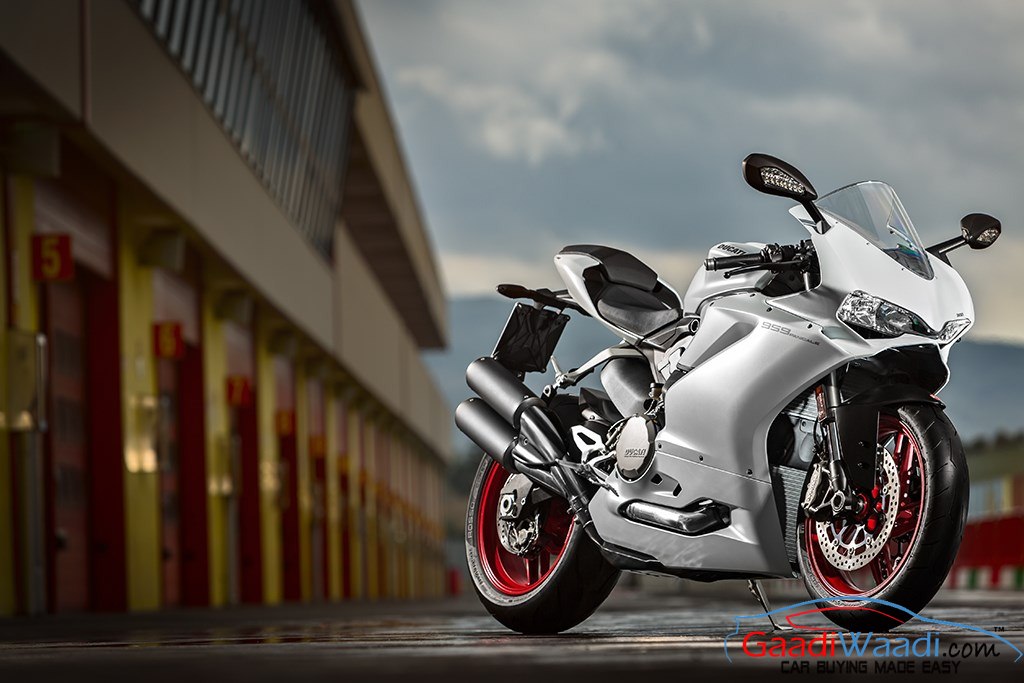 Dry weight has been gained as the old bike weight was 169 kg wet, new bike weighs at 176 kg. Expect 10-15 kgs more as wet weight. Ducati meets Euro 4 emissions with the Ducati 959 Panigale. Ducati says despite bigger engine and more power service intervals remain the same. Exhaust can have been criticized as it ditches the old under belly exhaust. 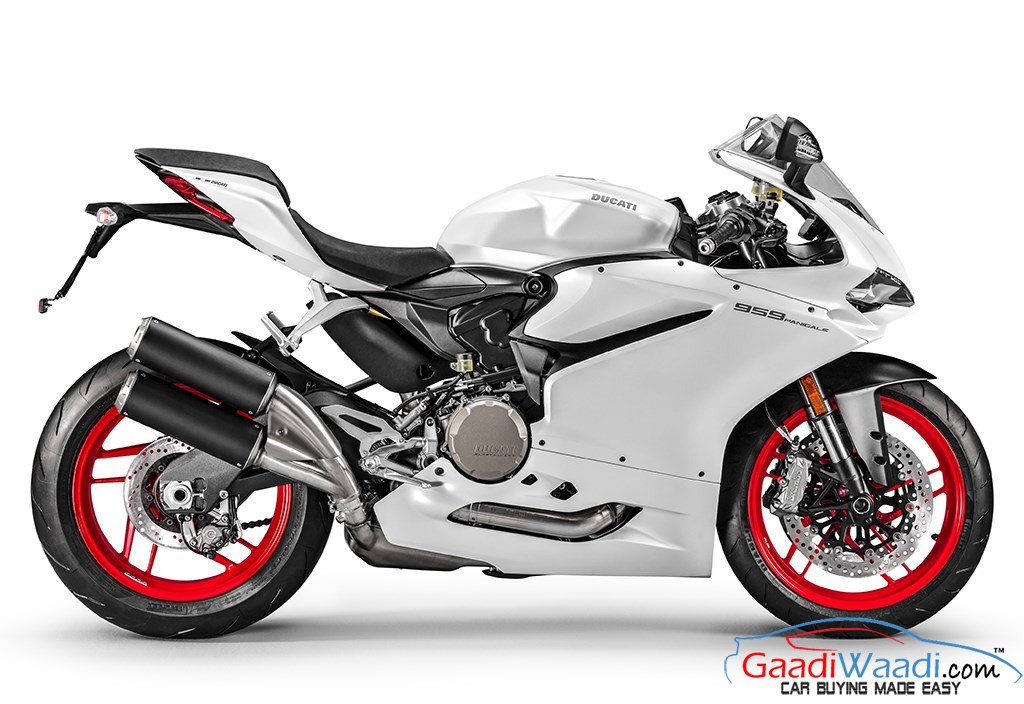 Diamond Like Carbon (DLC) coating on the piston pins has been seen. Redesigned piston crown, Aluminium head covers for cylinder with a ribbed design are here to keep mechanical noise in check. A new cam-timing chain, Oval throttle bodies, twin fuel injectors per cylinder are here.

Self Servo clutch are the mechanical changes done to the new engine as the stroke has been increased and bore of 100 remains the same. New crank journal lubrication system and con rods have been added to this engine. 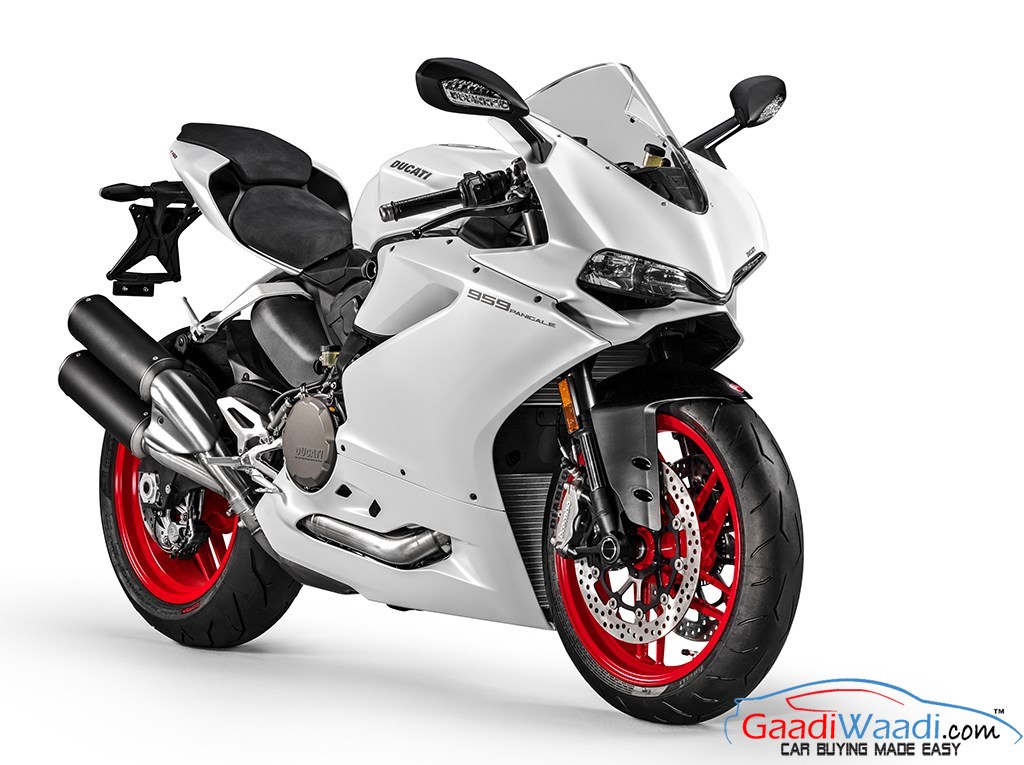 Electronic rider aids have been revised. Aids include a new traction control, a quickshifter, engine braking control, ride by wire, adjustable riding modes and adjustable ABS which is different for both track and road. Ducati Data Analyser is option extra.

Chassis wise, the engine is a stress member at the front and the monocoque chassis remains. Swingarm pivot position has been dropped by 4 mm. Expect the 959 to come to India by second quarter of 2016.