Kia Seltos, the South Korean premium carmaker’s first model for the Indian market, will make its world premiere at an official event in India

The Kia Seltos will make its public debut on 20 June, just a day from now. The new model, which is the South Korean carmaker’s first vehicle for India, is the production version of the Kia SP2i concept that debuted at the Auto Expo 2018. The new SUV has been spitted undergoing road tests on several occasions, which has given us a fair idea of its looks. Also, the company has revealed several design details through various teasers, like the newest one that gives another quick look at the design of the vehicle.

While the Kia Seltos shares some of its underpinnings with the Hyundai Creta, it appears to be longer, wider and taller. The company has already disclosed that it will position its first-ever SUV for India higher than the Creta. It will be targeted at the young car buyers who are looking for a stylish and sufficiently premium offering that breaks the monotony. Various teaser images have confirmed that the new vehicle will feature the company’s signature Tiger grille, 17-inch split five-spoke wheels and a lot of gloss black trim.

The rear-end will feature LED tail lights that will be connected by a brushed aluminium strip. Other than the stylish multi-spoke alloy wheels, the side profile should impress with taut surfaces and a rising beltline. Sunroof is likely to be available on multiple variants instead of being restricted to the top-end model.

On the inside, the Kia Seltos should offer a premium cabin with various metal-finish switches and a large touchscreen infotainment unit with a larger than 10-inch display size. The cabin will also offer heads-up display and connected car features. The aircon vents will be positioned below the touchscreen unit and will be flanked by a leather panel. The dashboard will even house soft touch controls for the climate control system. The instrument cluster will carry analogue dials with a colour MID. The latest teaser shows a 7,000 rpm redline, which means the Kia Seltos shown in the clip would be the petrol engine. Powering the gasoline version is a new 1.5-litre naturally aspirated motor that will be mated to a six-speed transmission.

It is likely to output 120 PS and 160 Nm. The diesel variant will be kitted out with a 1.5-litre motor that is bound to make its way to the Hyundai Creta and Verna next year. The BS6-compliant engine should be available with a 6-speed manual and a 6-speed torque-converter automatic transmission. 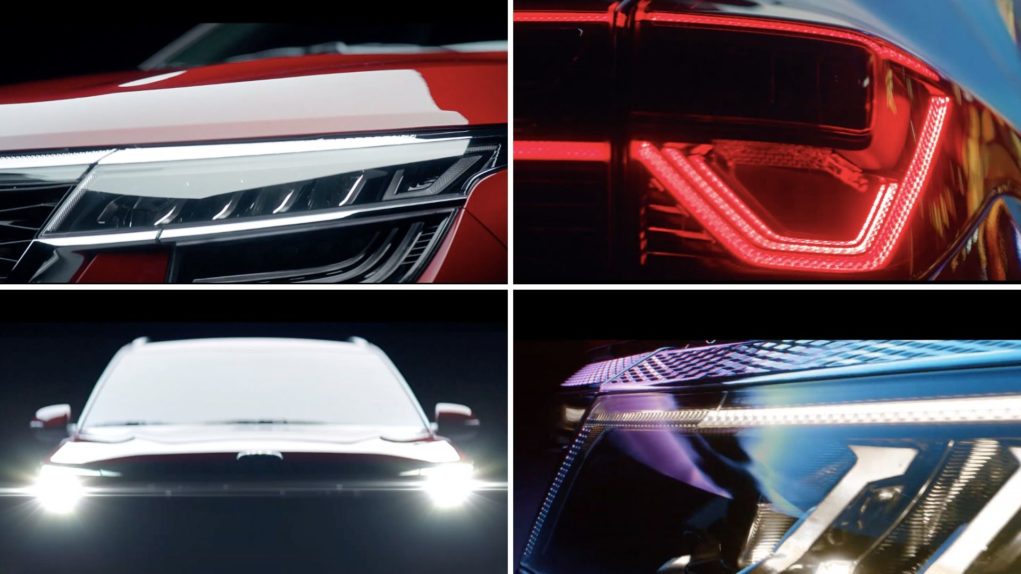 Few years down the line, the Kia Seltos could even get a performance variant that will be powered by a 1.4-litre turbocharged petrol engine that is likely to offer a maximum power of 140 PS and a peak torque of 240 Nm. The motor would come mated to a dual-clutch transmission with steering-mounted paddleshifters.

The India-spec Seltos could miss out on a 4-wheel-drive option but we are keeping our fingers crossed. The new SUV should retail in a price range of Rs 10.5-16.5 lakh (ex-showroom). The launch of the new model should happen in the next quarter of the year. It will rival the likes of Tata Harrier, Mahindra XUV500 and MG Hector, along with battling it out with the top-spec versions of the Hyundai Creta.