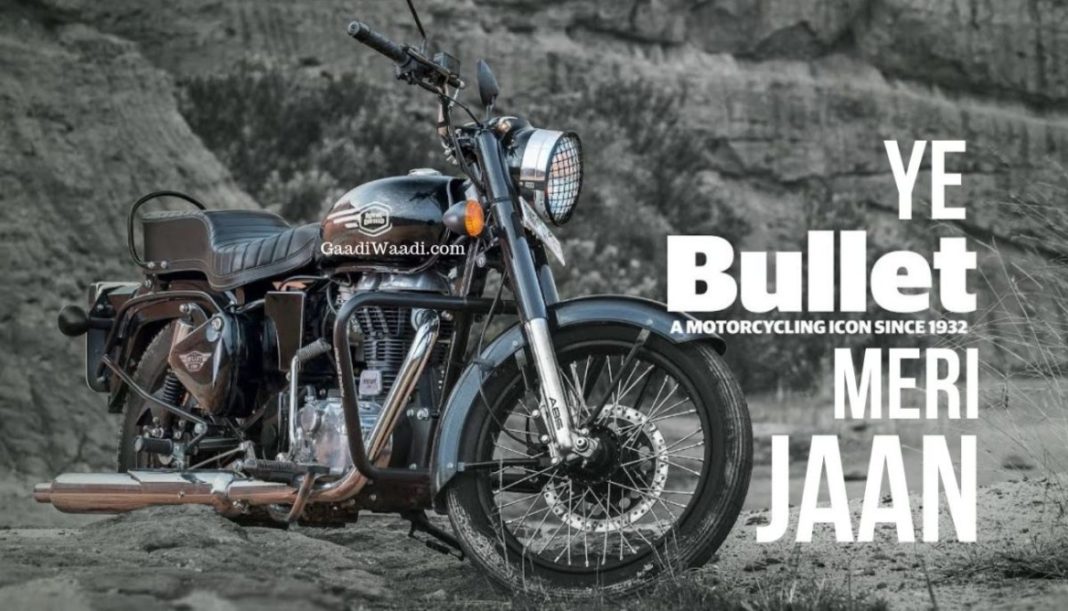 Royal Enfield, the iconic manufacturer of retro-look motorcycles recently launched its most affordable range of motorcycles with an aim to bring more bikers under its umbrella. Dubbed Royal Enfield Bullet 350X, this motorcycle is priced at Rs 1.12 lakh and recently got three new TV commercials that highlight the brand’s long-standing legacy.

In the first video, a girl leaving a library late night notices three guys surrounding a motorcycle. While the guys appear a bit threating, they are quick to move away as soon as they see the girl wearing her motorcycle helmet with Royal Enfield branding and realizing that the Royal Enfield Bullet 350X they have been standing close to actually belongs to the young lady.

In the next video, an army officer’s family is gathered around the dining table. Soon, the army officer receives a message on his phone that he’s required to report to duty immediately, Next, the officer dons the uniform, while his wife hands him over the keys to his Royal Enfield Bullet 350X.

The third video shows a Royal Enfield Bullet 350X that belongs to a doctor in Kerala. In this video, the doctor braves the stormy weather to ride to a medical camp that houses flood-hit victims of the state. All the videos are half a minute long and have the slogan “Yeh Bullet Meri Jaan”.

The Royal Enfield Bullet 350X is on sale in two variants – Kick Start and Electric Start. While it retains the classic design of the original Bullet, it comes with some new bits, like bright colour scheme options and blacked-out cycle parts, to give the motorcycle a more modern look. While the Kick Start variant is available in three colour options – Silver, Sapphire Blue and Onyx Black, the ES variant gets Jet Black, Regal Red and Royal Blue colour options.

The Royal Enfield Bullet 350X shares its engine with the regular Bullet, which means powering this motorcycle is a 346cc, single-cylinder motor that outputs a maximum power of 19.8 bhp and a peak torque of 28 Nm. The motor comes mated to a 5-speed manual transmission.