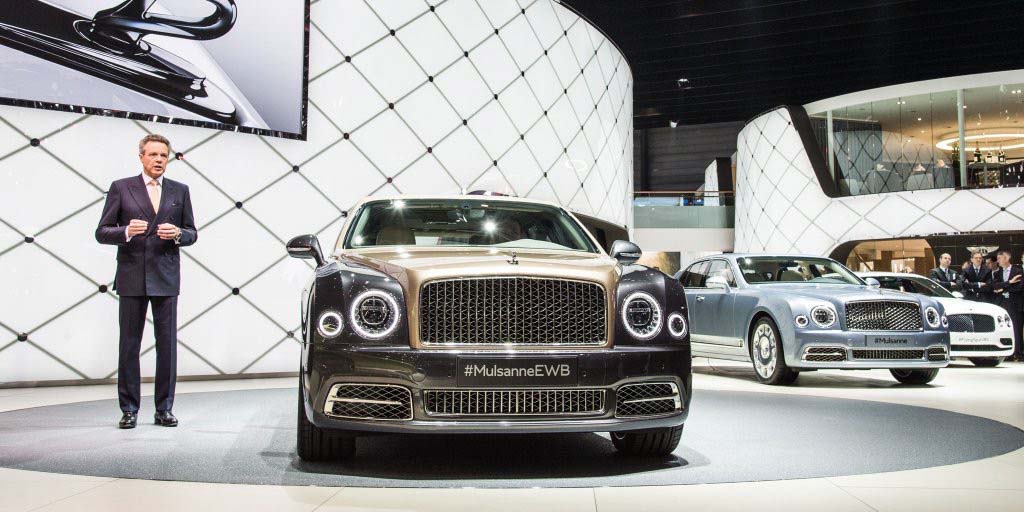 Bentley has come up with its flagship model the Bentley Mulsanne and it is considered to be one of the best from its stable. Bentley Mulsanne has extended wheelbase of 250 mm and measures 5755 mm in length 2280 mm in wide and 1521 mm tall and it certainly looks like a powerful giant flaunting itself with luxury all around.

Bentley Mulsanne is powered by a V8, 6.75-litre engine producing 505 BHP of power 1,020 Nm of peak torque which goes from 0-100 kmph in 4.8 seconds and is connected to a eight speed ZF automatic gearbox. Also, Bentley gets technologies like cylinder deactivation system to improve fuel economy even though it is claimed at 19.4 miles per gallon. 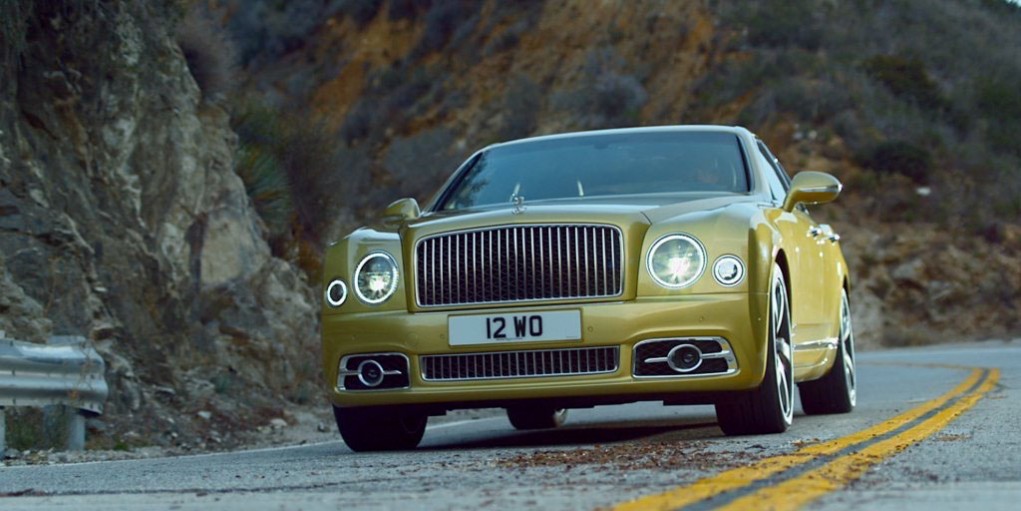 The new Mulsanne also comes with active engine mounts and adaptive air suspension and thus has the ability to challenge a sports car. It has four driving modes Bentley, Sports, Custom and Comfort and drivers can choose what they prefer.

The striking opulent car got the large signature grille with the Bentley logo on its bonnet and at the back it has floating B shaped LED tail lights with wider bumper. Mulsanne also offers different types of rims to choose from and will be wrapped in Dunlop rubber.

Inside, it’s a heaven for passenger as its completely equipped with features and moreover received an extended wheelbase model for the first time which increase passenger capacity to four at the rear. The new Mulsanne features electric leg rest, a campaign fridge and storage to keep glasses and foldable table with blind window features which give you a party ambiance while moving. 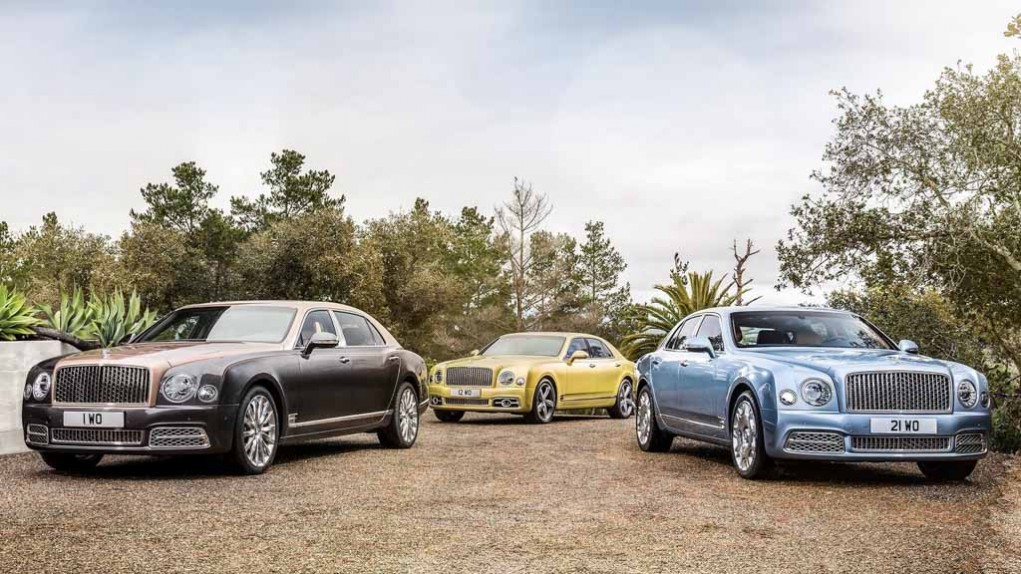 Mulsanne takes around 150 man hours to create the interior and customers can have 24 different options to choose for their equipment which include their metal, glass and wood options. The luxury model also gets infotainment system which is an eight inch touchscreen console in centre of the dash and includes Apple car play as standard which is further connected to 18 standard speakers for a premium audio experience.

Bentley Mulsanne costs around $ 308.000 (over two crores in rupees) but technology, features, looks and the luxurious ambiance given by the British luxury car maker totally makes the money worth spending.