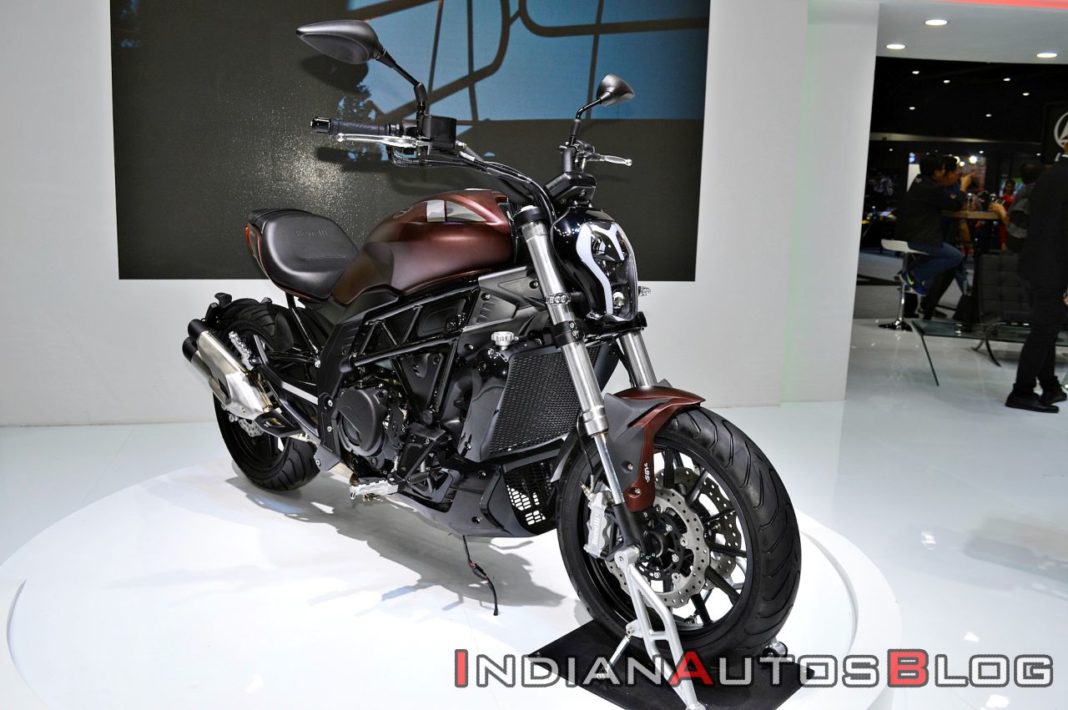 On show at the ongoing 2018 Thai Motor Expo is the new Benelli 502S cruiser. From the looks of it, the new model has been inspired heavily from the 402S cruiser that was first seen at the last year’s EICMA motorcycle show.

The front-end of the new Benelli 502S cruiser holds a skull-shaped headlight that gives a very mean look to the motorcycle. Other details include LED traffic indicators and thick upside down shock absorbers. There is an ABS decal on the fender. Once astride, the rider is quick to notice an all-digital instrument cluster that gives the bike a very modern touch.

In the side profile, the details include a tubular trellis frame that might remind you of some more premium models like the Ducati xDiavel. An underbelly panel makes the cruiser motorcycle look a wee bit sporty. The fuel tank is long and has been sculpted in a way that it gives the bike a very muscular look. Another highlight is the aircraft-type fuel-filler cap. 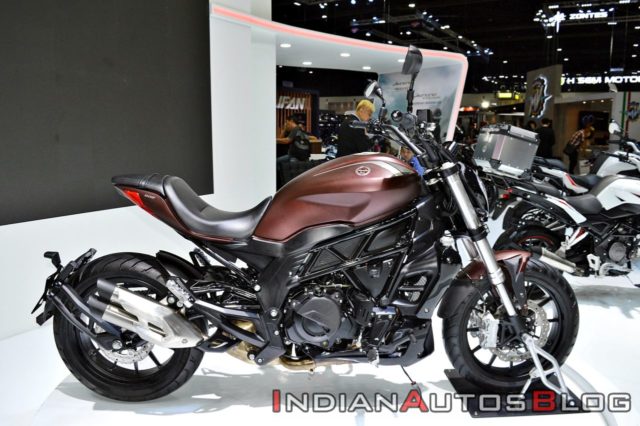 At the rear of the new Benelli 502S cruiser, you can find a very stylish split taillights, which is another design feature that seems to have been inspired by the Ducati Diavel. The rear licence plate, traffic indicators, and the reflector have been positioned on the tyre hugger. The dual-pipe single-sided exhaust is another element that makes the bike look sporty.

The new Benelli 502S cruiser is powered by a 500cc, parallel-twin cylinder, liquid-cooled engine that produces a maximum power of 46.9 hp and can propel the motorcycle to a top speed of 160km/h. THe new bike features double petal-type disc brake rotors at the front and a single petal-type disc rotor at the rear. The braking system also features a dual-channel ABS.

After its split with the DSK Group, the Italian bike manufacturer now aims to re-capture the attention of the Indian bike buyers through a partnership with the Mahavir Group. Recently, the company slashed the prices of its motorcycles by a whopping 34% to attract new customers. Even the service interval of the products has been increased from 4,000 km/4 months to 6,000 km/6 months.