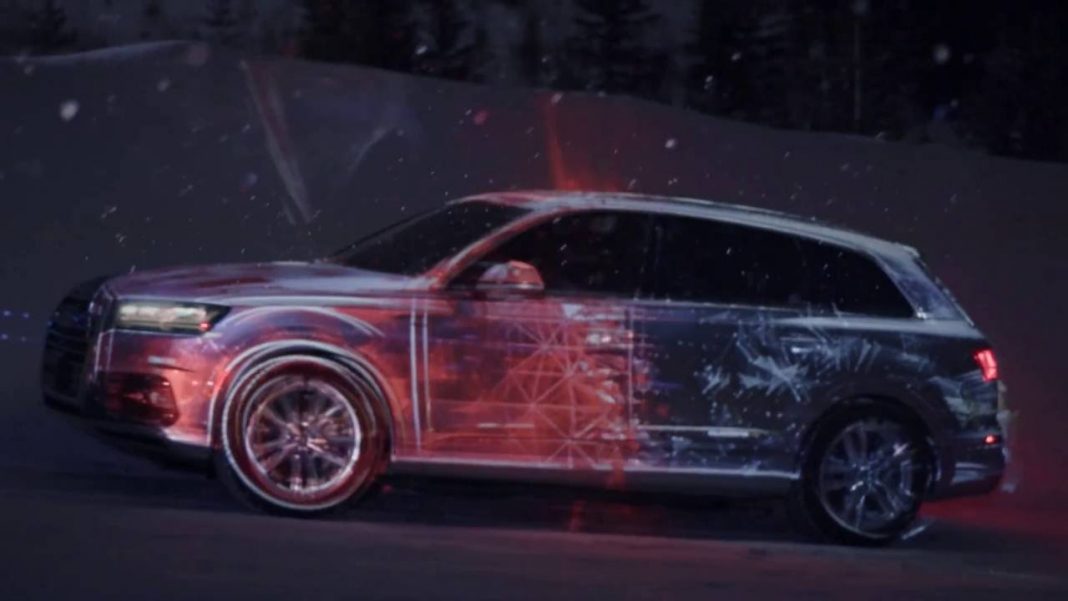 The latest Audi Q7 commercial has been made with complex mix of reflections and patterns created by powerful projectors; no Computer Generated Imagery (CGI) used

In modern times, almost every product commercial is made with the usage of Computer Generated Imagery (CGI). But German automaker Audi has proved that similar visual effects can be produced without using the CGI. The new advert of Audi’s Q7 flagship SUV has been made with complex mix of reflections and patterns created by super-powerful projectors and the result is unbelievably mind blowing.

The commercial comes with an apt title, ‘Projection of Greatness’. It has been made by Audi Canada at the Fortress Mountain, which is situated at 7,500 feet above sea level. During the shooting, temperature was -25 degree Celsius. The entire projection was made live at the location only, therefore breaking the trend of using after shoot CGI. During the shoot, a series of 20,000 lumen projectors were used.

The Audi Q7 used in the commercial was powered by a 3.0-litre, supercharged V6 engine. Paired with an 8-speed automatic gearbox, the engine is capable to churn out 333 hp of peak power. The car is equipped with Audi’s Quattro All-Wheel Drive system and it can accelerate from 0–100 kmph in 5.7 seconds.

The Audi Q7 is the flagship SUV of the German luxury brand. The 2016 Q7 was launched in India in December last year. It came with a muscular and stylish design. The SUV has a large hexagonal front grille with horizontal slats. It also sports sharp Matrix LED headlamps, a massive bumper and skid plate. The car looks very masculine from every angle. Inside the cabin too, Q7 offers top-notch luxury and comfort. 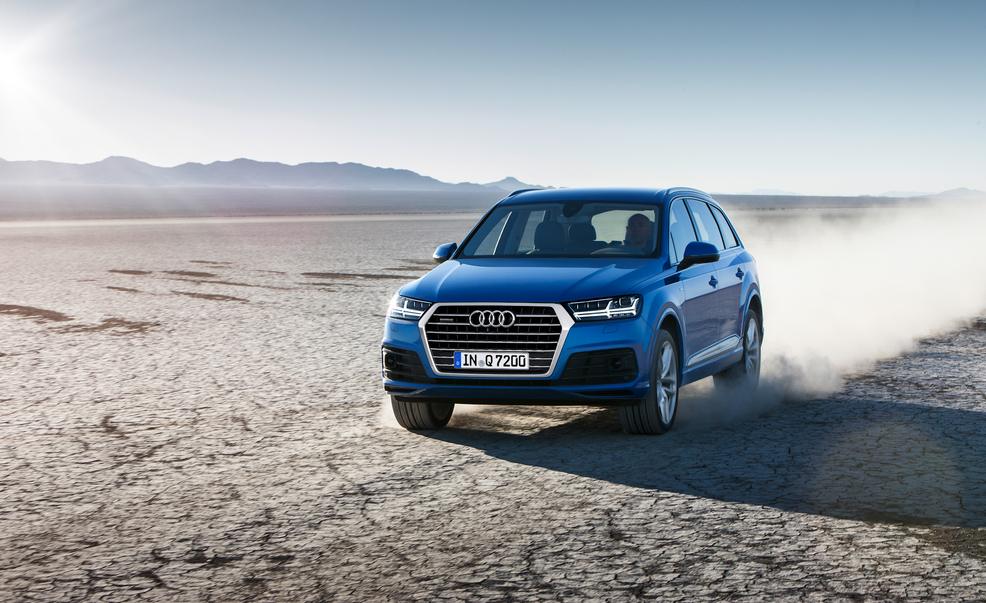 In India, the Audi Q7 is available with a 3.0-litre diesel engine. This engine is mated to an 8-speed automatic gearbox and capable to churn out 248 hp of peak power and 600 Nm of peak torque. It comes with Audi Quattro AWD system. India-spec Q7 is priced between Rs 72.90 lakh and Rs. 80.95 lakh (ex-showroom, New Delhi).