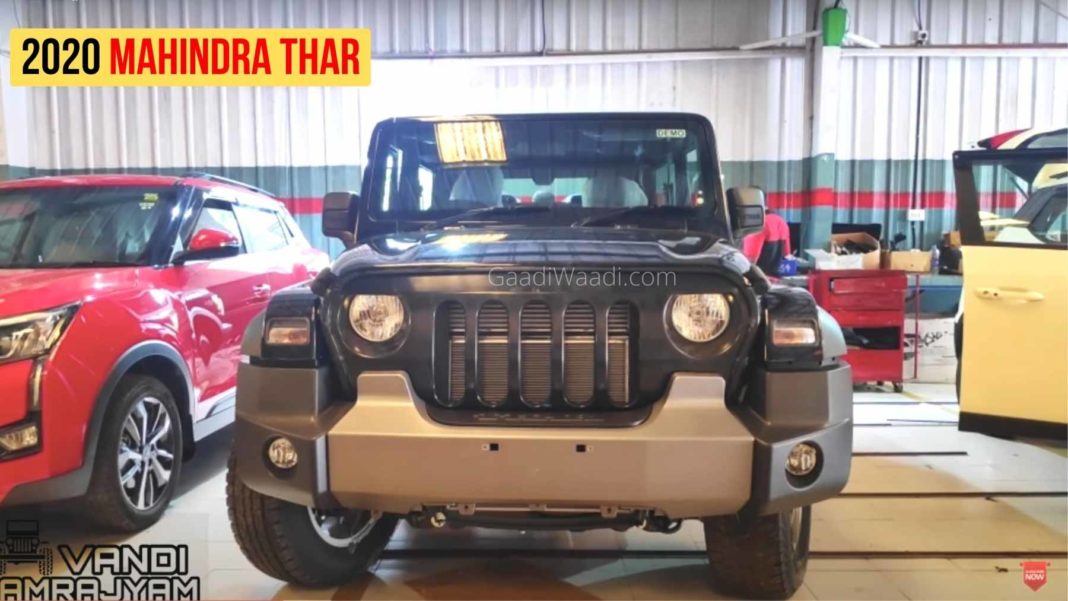 The new-gen Mahindra Thar was launched on October 2 at a starting price of Rs 9.80 lakh, going all the way up to Rs 13.75 lakh (both prices, ex-showroom pan-India)

After keeping us waiting for months since it was first spied being tested on public roads, Mahindra finally launched the new-gen Thar in the Indian market on October 2, 2020 at a starting price of Rs 9.80 lakh (ex-showroom). Demo cars and test ride vehicles have started reaching certain dealerships in 18 cities across the country, which will help buyers get a feel of the new SUV.

While the overall design of the 2020 Thar is certainly attractive, there is one element that looks a little out of place, i.e. the front radiator grille. The previous-gen Thar came equipped with a similar grille design as the original Willys Jeep, however, the new model gets a redesigned, plastic-looking grille with 6 vertical slats.

As of now, Mahindra is not offering any new grille as an official accessory, however, it looks like aftermarket accessories have already made their way to the markets. Here is a video of an authorised Mahindra dealership that is modifying a demo Mahindra Thar with an aftermarket grille, take a look –

The video has been uploaded on YouTube by Vandisamrajyam, showing a new grille that drops the Mahindra badging, and gets a seven vertical-slot design. The new grille adds more character to the new-gen Thar’s front fascia, and blends in well with the overall design of the car. However, it is surprising to see personnel from an authorised dealership equipping the car with an aftermarket accessory, nonetheless, on the day of the car’s official launch in the country.

Talking about the 2020 Thar, it is being offered with a 2.0-litre turbo petrol engine that belts out 150 PS of maximum power and 300 Nm of peak torque (320 Nm with AT), as well as a 2.2-litre diesel engine that makes 130 PS power and 300 Nm torque. The transmission duties are handled by a 6-speed manual gearbox as well as an optional 6-speed torque converter automatic on both the powertrains.