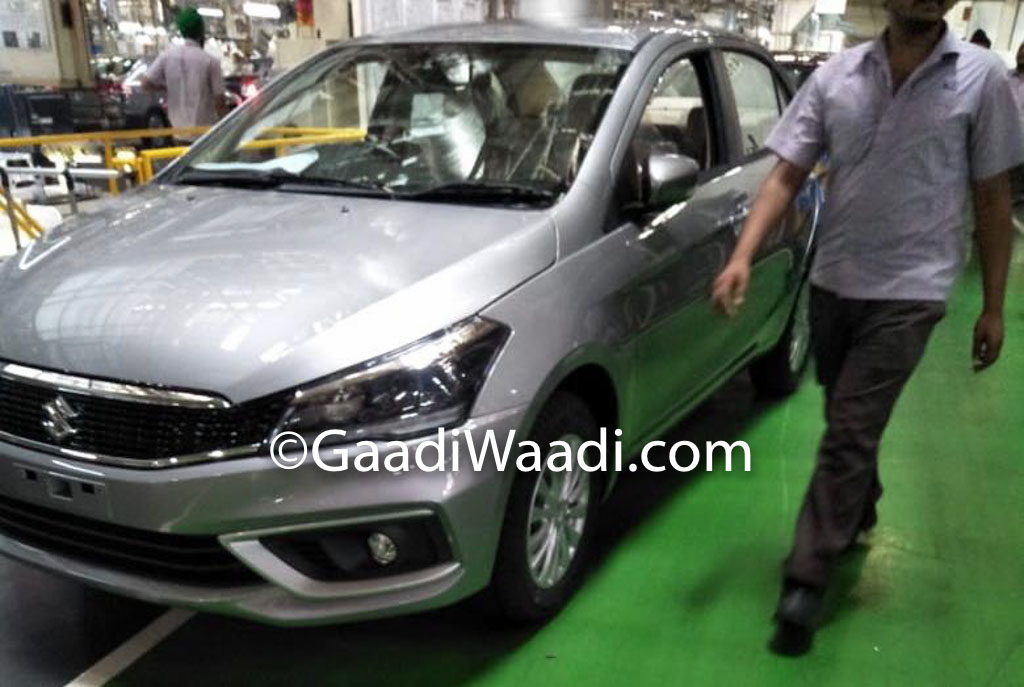 The upcoming Maruti Suzuki Ciaz is the talk of the town for several months and it is finally getting a green signal to enter showrooms next month. The leading automaker in the country is planning to make a big impact in the C-segment, with the facelift, that has seen increased rivalry in recent times.

The latest Verna launched midway through last year as well as the facelifted City have taken the competition a notch above when Ciaz remained without any major updates. More recently, Toyota introduced its Yaris sedan with several segment-first features. Maruti Suzuki is well aware of where to improve on the Ciaz and it has done just that.

In the galore of 2018 Maruti Suzuki Ciaz spotted by us, this one dons a Metallic Silky Silver colour. The changes to the outside are apparent as the updated model gets new front grille with dashed lines shrouded by thick chrome garnish. The headlamps have become sharper with integrated LED Daytime Running Lights emphasising its road presence.

The bumper section is thoroughly redesigned with a pointed finish while the LED tail lamps have graphical changes along with a tweaked bumper. Inside the cabin, Maruti Suzuki has made subtle modifications like faux wooden inlay on the dashboard, updated instrument cluster, etc. 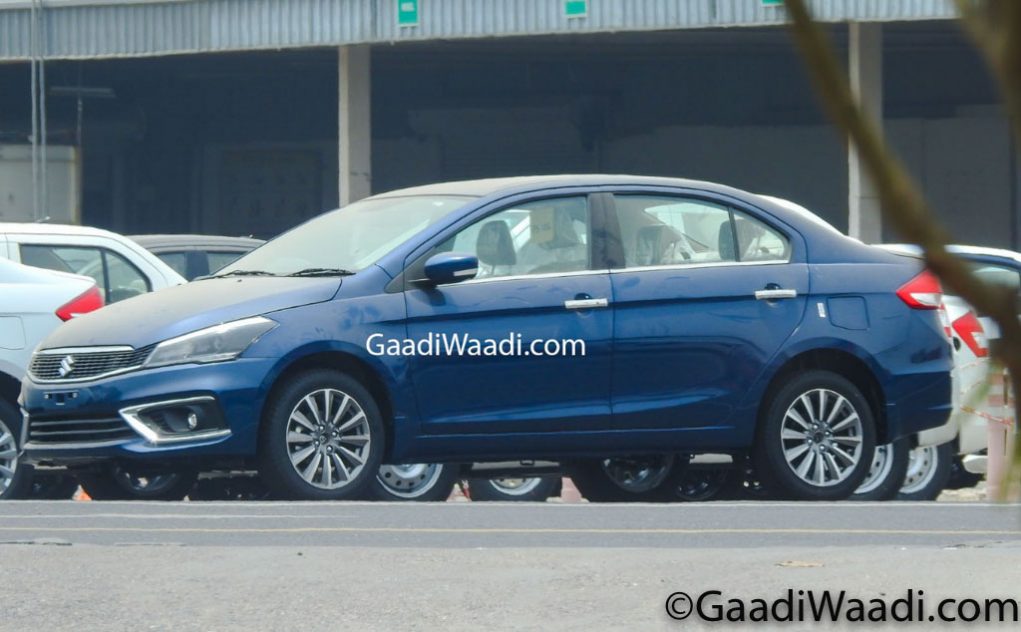 Transmission options will continue to be a five-speed manual as standard and optional four-speed automatic. The facelifted Ciaz could become the most fuel efficient sedan in its segment and it won’t be sold with 1.3-litre oil-burner at the time of the launch.