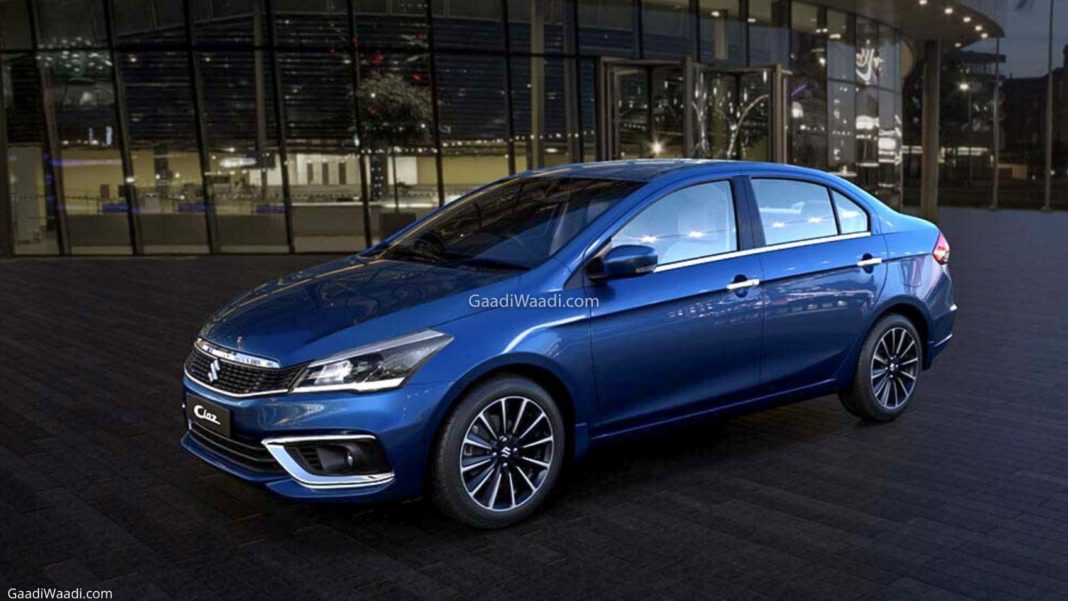 The biggest change of them all is on the mechanical side as the 2018 Maruti Suzuki Ciaz gains a newly developed 1.5-litre K15B petrol SHVS engine

Maruti Suzuki is all pumped to introduce the facelifted version of Ciaz next month and we were the first to release undisguised spy images of the updated model quite a while ago. Ahead of its launch, however, the 2018 Ciaz has again been caught without camouflage revealing all the necessary changes.

The 2018 Maruti Suzuki Ciaz gets several revised cosmetic elements up front. The grille has been revised snubbing the horizontal slats with dashed lines. The chrome treatment has been in aplenty on the border of the grille, along with revised headlamps featuring integrated LED Daytime Running Lights.

The front bumper arguably makes the new Ciaz stand out from the rest of its competitors as it has been completely reworked. It is embellished in chrome with the sharper fog lamps getting benefitted. The wider air inlet goes well with the overall design theme and the side profile remains largely untouched except for the new set of alloy wheels in the top-end variants.

The rear end does not have big revisions as the front but it gets restyled tail lamp housing and new bumper. The interior modifications are not substantial but they are modern enough to move Ciaz in the right direction and more importantly increase the premium appeal.

The biggest change of them all is on the mechanical side as the 2018 Maruti Suzuki Ciaz gains a newly developed 1.5-litre K15B petrol engine with SHVS mild-hybrid technology. Replacing the 1.4-litre unit, it makes more power and torque at 104.7 PS at 6,000 rpm and 138 Nm at 4,000 rpm respectively.

It will be mated to a five-speed manual as standard and a four-speed automatic unit as optional. The tried and tested 1.3-litre DDiS diesel motor will likely face the axe and could make way for an updated unit in the near future as facelifted Ciaz will only be petrol-powered at the launch.