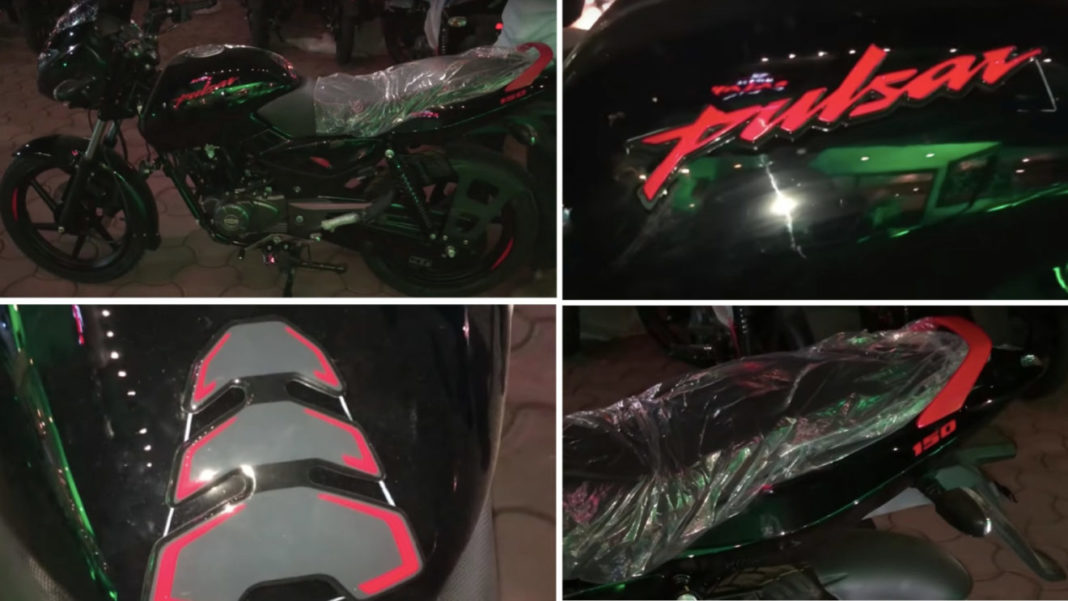 New 2018 Bajaj Pulsar 150 RED edition has been spotted at a dealership, thereby hinting at an imminent launch at an approx price of Rs 76,000

In a surprise of sorts, it has come to light that the new 2018 Bajaj Pulsar 150 RED edition has started reaching the dealerships. With this, we can safely expect the launch of the updated version of the company’s hot-selling bike to happen soon. It is being reported that the price of the new model will be kept close to that of the existing version, which means you can expect it to cost roughly Rs 76,000, ex-showroom.

The new 2018 Bajaj Pulsar 150 RED edition features an all-black colour scheme with several strategically placed red highlights on multiple parts of the motorcycle. For example, there is a red detailing on the front bikini fairing along with similar stickering on many other panels of the model.

In fact, the company is taking the whole black-red theme so seriously that even the 3D printed logos get the red detailing. Rounding off the visual updates are the red 150 stickering on the tailpiece and rear grab rails. Even the alloy wheels get red accents. Thankfully, however, the company has refrained from offering all-red alloy wheels that were seen on the likes of Hero CBZ Xtreme and Hero Hunk sold previously. 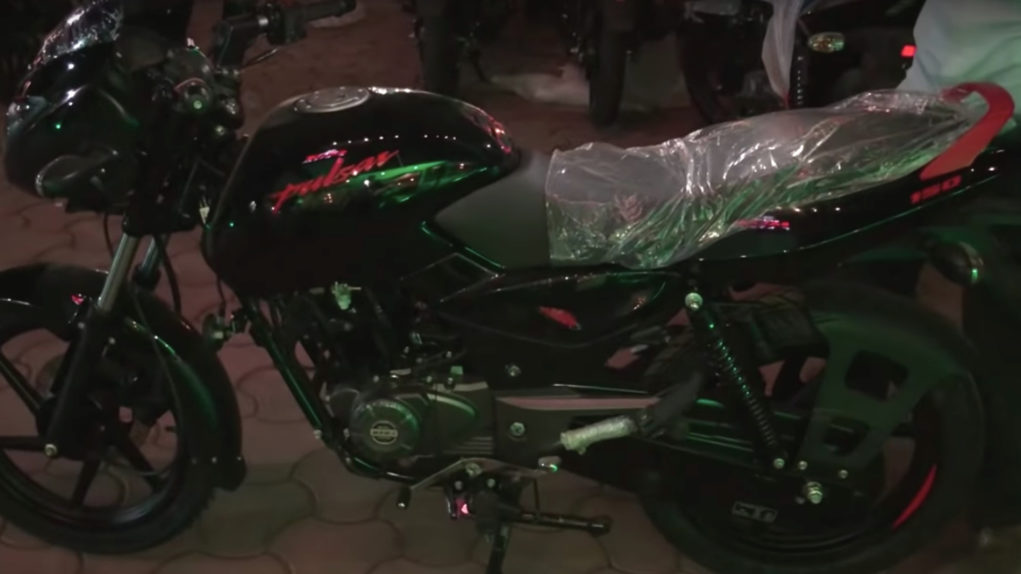 In terms of specifications, the new Bajaj Pulsar 150 RED edition remains totally unchanged. We feel that Bajaj might have missed an opportunity here to update the specs of its long-standing product. Powering the new motorcycle is the same 149cc air-cooled motor that propels the regular motorcycle. It outputs a maximum power of 13.8 bhp along with a peak torque of 13.4 Nm.

Akin to the Classic edition, the new motorcycle gets a 240 mm disc brake rotor up front and a 130 mm drum unit at the rear. ABS isn’t being offered, which is another opportunity lost for the motorcycle maker. Suspension duties continue to be handled by telescopic forks up front and twin gas-charged shock absorbers at the rear.

The new 2018 Bajaj Pulsar 150 RED edition could launch in the coming weeks and should give the ageing motorcycle a new lease of life. This should help it soldier on for some more time to come. It should also boost the sales of the model during the ongoing festive season.