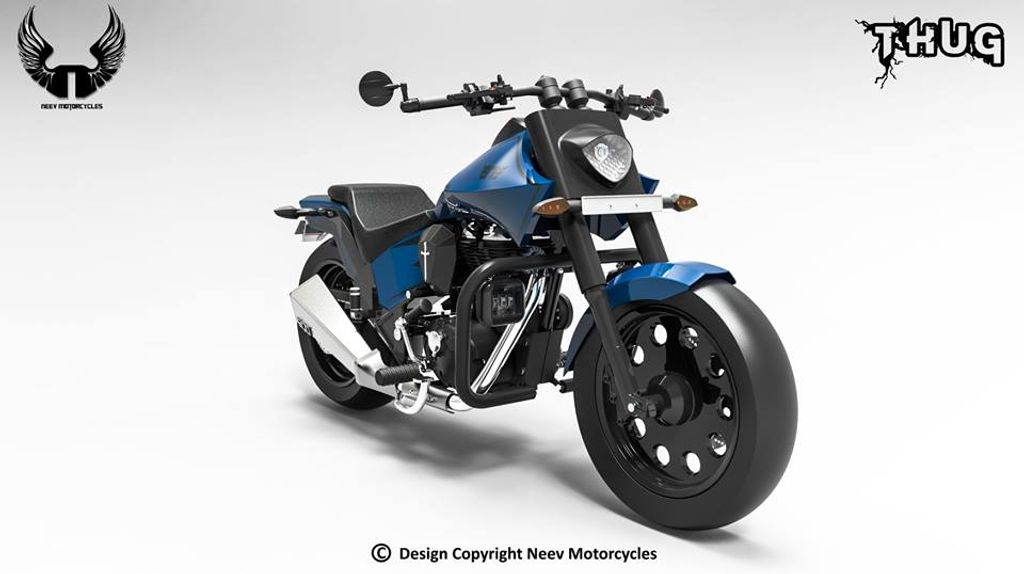 Neev Motorcycles is one of the new entrants into the field of custom motorcycles as they started their operations in 2015. The custom shop has published a rendering of a modified cruiser named THUG and it can be done on any 350 or 500 cc motorcycles from Royal Enfield. The design certainly makes the bike look unique and stand out from other custom bikes.

The custom headlamp gets a new design and LED indicators from KTM Duke series are placed below it near the number plate holder. The fender continues the cruiser design theme and it is similar to some Harley Davidson bikes. The single piece handlebar is placed slightly higher on the body, which gives a muscular look for the custom bike.

The fuel tank has black strips running across the middle and instrument cluster, which include speedometer and fuel gauge is placed on the fuel tank rather than on the handlebar. The rider seat is positioned low on the body and foot pegs are positioned forward to give a comfortable riding position for the custom bike.

Even though the seat is a single piece unit, pillion saddle is placed slightly higher. The side body panels continue the same unique design theme from the front and the rear also gets a completely new design for the mudguard and the custom shop has given the same LED indicators from KTM Duke. Like most of the custom bikes, mechanical parts are finished in black colour. 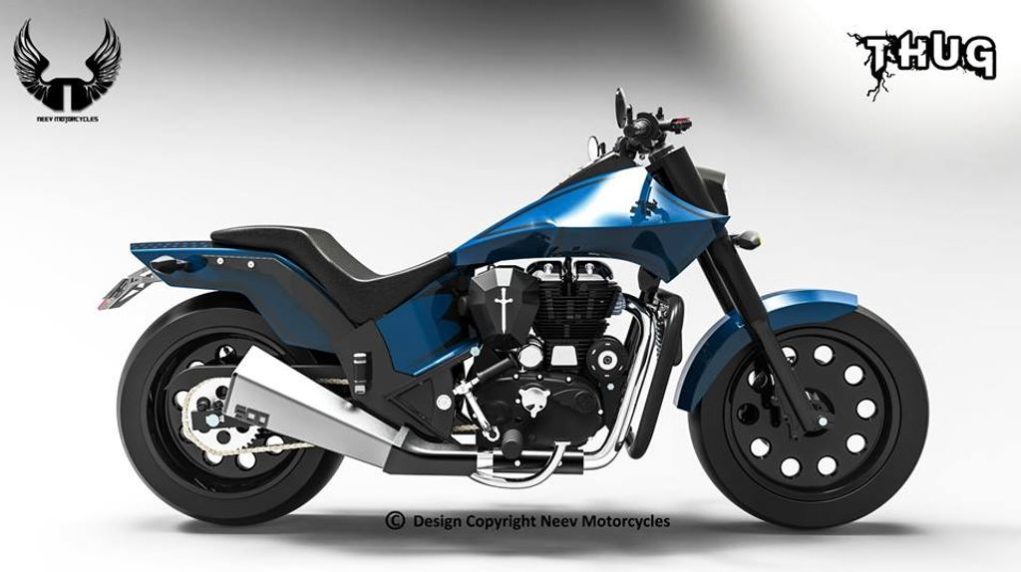 The double firing glass wool exhaust took inspiration from 2018 Harley-Davidson Fatbob 2018 model. Neev Motorcycles has given crash guard and it gets LED lights to improve night vision. The suspension has been retained form stock model as the front gets telescopic forks and gas charged dual suspension at the rear.

The custom shop won’t make any electrical changes and the engine remains stock. The braking duties are handled by 280 mm single disc at front and 250 mm single disc at the rear, both get dual piston callipers. The wheels are 17-inch with 140/70 section tyre at the front and 200/50 section tyre at the rear. This modification will take around three months to complete and they haven’t revealed price yet.