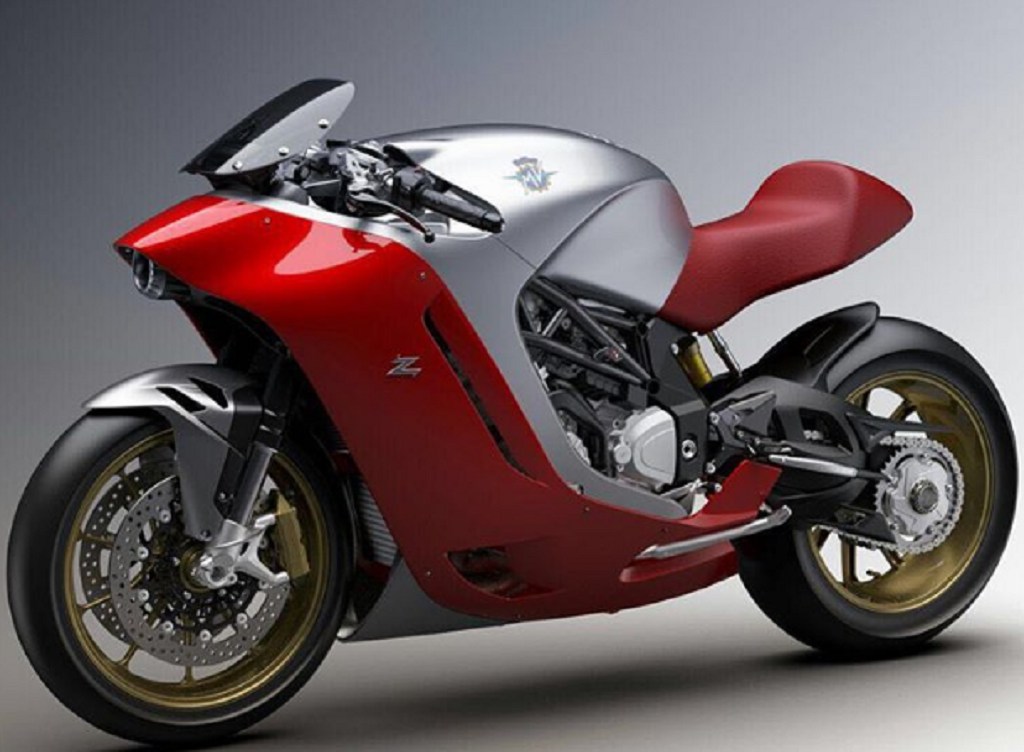 MV Agusta F4Z is based on the F4 superbike with design taken care of by Zagato; the limited edition model is up for September 4 reveal

MV Agusta has continued to tease the forthcoming motorcycle created in conjunction with independent coachbuilder Zagato which is well known for building iconic special edition models with British sportscar maker Aston Martin. The video teasers are being posted on social media platforms to create buzz among enthusiasts developing much anticipation.

From the two teaser footages released by the Varese-based motorcycle manufacturer, we have seen glimpses of how the FAZ will look like but only in deliberated low-light conditions. Leading up to the launch, the first picture of the F4Z has been unveiled on Twitter and Facebook but, wait, it is confirmed to be a rendering image rather than the actual model itself.

Another image revealed on Instagram showcases the side view of the F4Z which has taken us by awe with its futuristic swoopy design and go-faster stance. MV Agusta has not officially confirmed any information about the mysterious model and it is set to be released on September 4th. With eagerness, the Italian firm could drop in another teaser next week to satisfy our senses.

The F4Z nomenclature indicates that the motorcycle is based on the F4 with revised futuristic styling thanks to Zagato. The short-stroke 998cc inline four-cylinder engine is available in two power configurations: one is on the F4 which can reach 195 hp while the F4 RR puts out a jaw-dropping 200.8 hp. One of the power outputs could be adapted for the F4Z with the TIG welded tubular chassis set to remain the same.

The F4Z is likely to be a one-off limited model as with Zagatos in the past and it might give design cues to the next generation F4. The highlights from the teaser images are underslung exhaust system opted in place of the signature undertail organ pipe exhaust as seen on the regular F4, round-shaped naked headlamp hiding under the fairing housing, thin windshield, enormous fuel tank, large disc brakes with dual ABS setup, gold-painted multi-spoke alloys, etc.