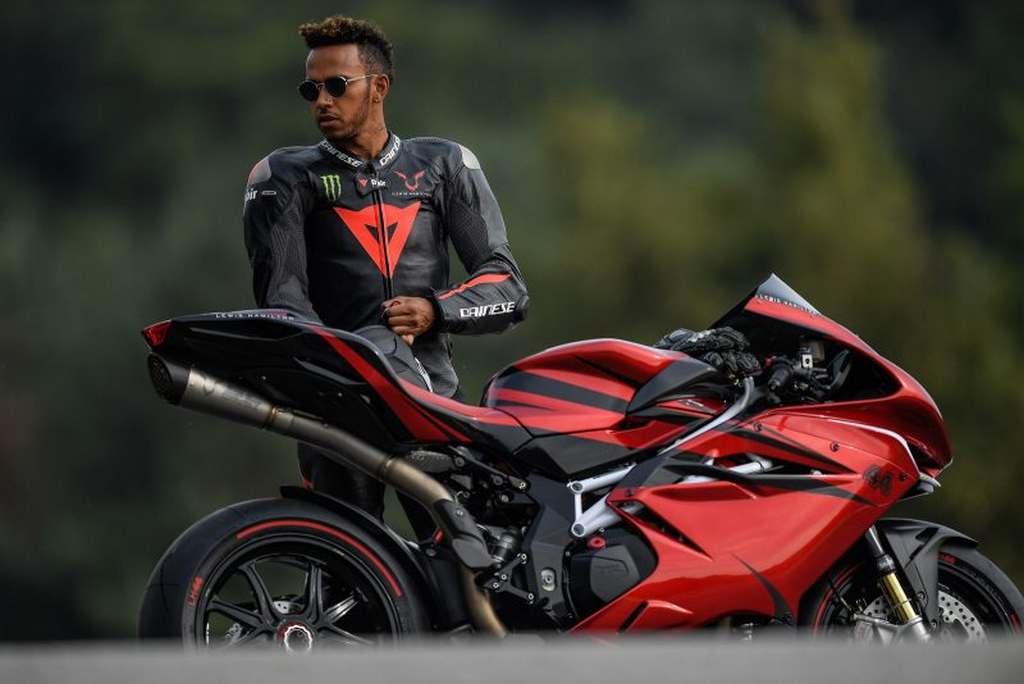 Limited to just 44 units and co-developed with Lewis Hamilton, the chances of this motorcycle landing in India are very rare

MV Agusta has just introduced a new special edition of its F4 superbike that has been developed in association with Formula One star Lewis Hamilton. Lewis was deeply involved in the making of this motorcycle with the CRC (Castiglioni Research Center) design team.The new creation has been christened MV Agusta F4 LH44 Special Edition.

The new MV Agusta F4 LH44 Special edition is essentially based on the standard F4 with the most obvious change being the candy apple red colour scheme. The frame has been painted in white that well compliments the overall styling. The motorcycle has been fitted with an alcantara seat along with new carbon trinkets. Besides, the F4 special edition gets features like a smoked out windscreen for the first time and an all-black engine block. 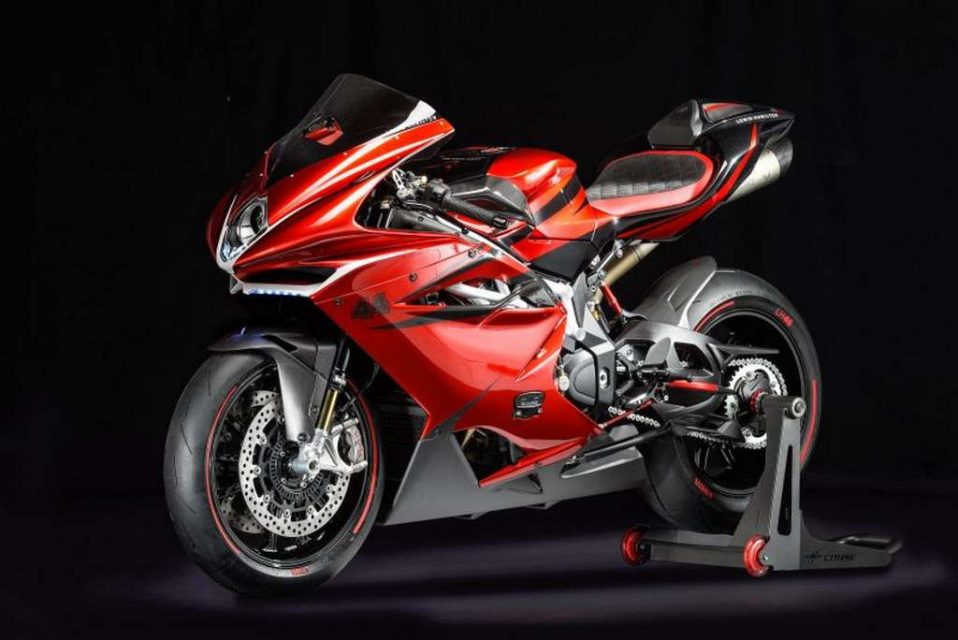 The special edition updates are not just limited to the visuals only. The MV Agusta F4 LH44 has been assisted with Ohlins USD NIX 30 tin coated forks upfront along with Ohlins TTX 36 monoshock at the rear. The usual four pipe exhaust system has given way to a titanium under seat set up. The new unit has took the power figure of the bike up by 7 bhp. Furthermore, the intense use of carbon fibre in the motorcycle has helped it save weight considerably.

The motorcycle has also been fitted with specially designed Pirelli Diablo Supercorsa SP tyres having 120/70 ZR 17 size for the front and 200/55 ZR 17 for the rear. The new rubber with their red sidewalls possess the LH44 lettering that look stunning. 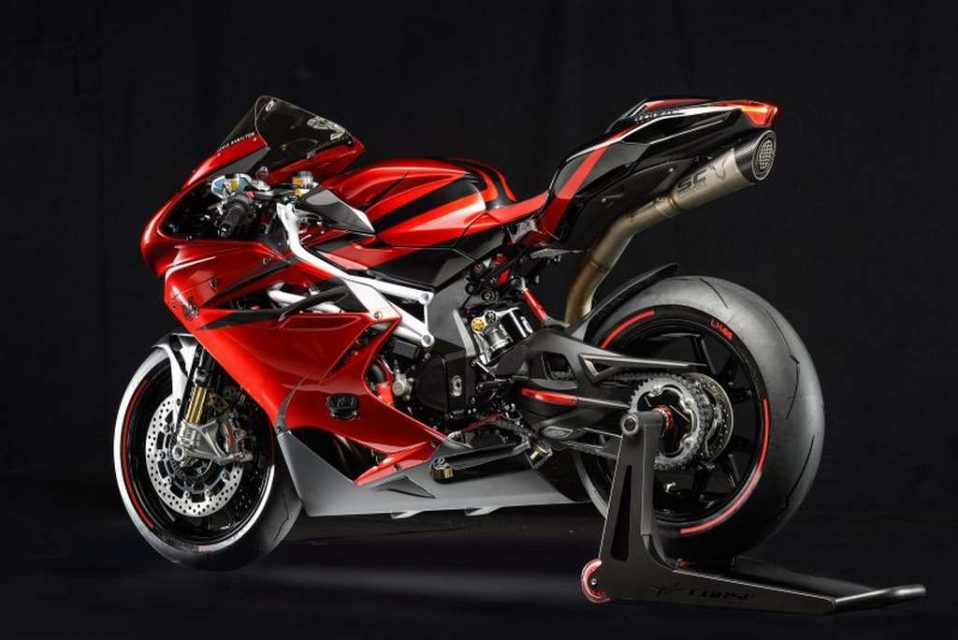 The MV Agusta F4 LH44, as the name suggests will be limited to 44 units only with each unit setting its owner back by 50,000 Euros. It is quite unlikely that the new MV Agusta F4 LH44 will land on Indian soil and with just 44 units available on earth, the chances get even more scarce.