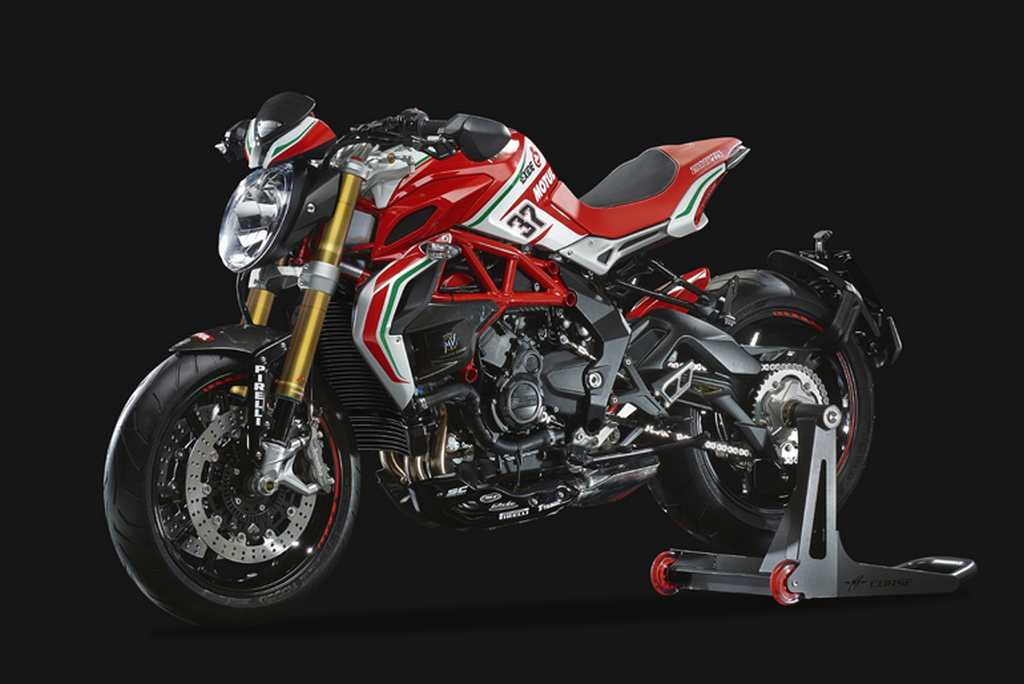 MV Agusta has revealed the newest entrant to its high-performance RC (Reparto Corse) lineup with the Dragster RC. The Limited Edition Dragster RC gets its basics from the best-selling Dragster RR but it is spurred up to produce more oomph with the addition of performance components. For more aggressive handling and less weight, some thoughtful mechanical updates and carbon-fibre elements have been added as well.

It sports the eye-catching Reparto Corse WSBK – World Super Bike championship – livery to compound more intent into the production motorcycle. Underlining its specialty, the brand new Dragster will be limited to just 350 units worldwide and you cannot blame MV Agusta for that due to its exclusive nature. 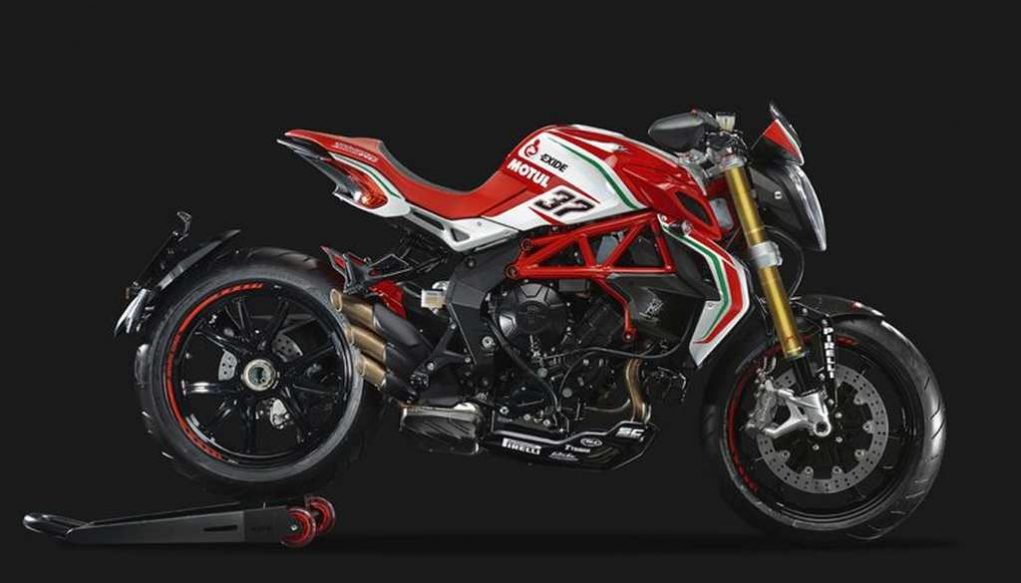 Alongside the WSBK inspired colour scheme, the Dragster RC comes equipped with a number of trick jobs, aesthetic enhancements and performance boosters. Starting with the body, there is carbon fibre radiator panels and windscreen along with gold-anodised Marzocchi fully adjustable front forks, light aluminium alloys derived from the hardcore F4C and saddle stitched in red with RC logo to mention a few.

The biggest advantage MV Agustas have is the beautiful exterior and the Dragster RC falls in the same category. Due to the new paint job and other added bits, it has become sportier compared to the standard model and perhaps the hottest MV ever built I wonder? Topping off everything, it is bonkers performance wise too. 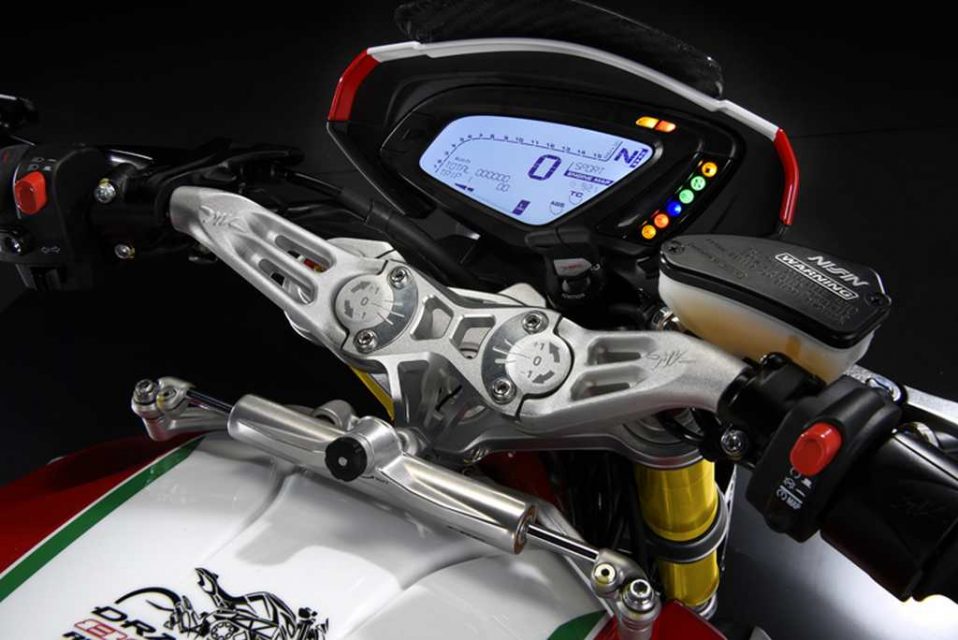 The regular Dragster’s 798cc three-cylinder engine produces 140 hp at 13,000 rpm. In order to keep the engine running at optimum temperature, a new radiator and oil cooler has been included. Power is transferred to the wheel through a six-speed constant mesh transmission equipped with slipper clutch and electronic quick shifter.

Reported to have a top speed close to 250 kmph, it has the looks, menacing power-to-weight ratio and grunt of a high-end sporty Dragster. The customers will get a special Dragster RC bike cover and a certificate of authenticity corresponding to the production number plaque on the bike as well.