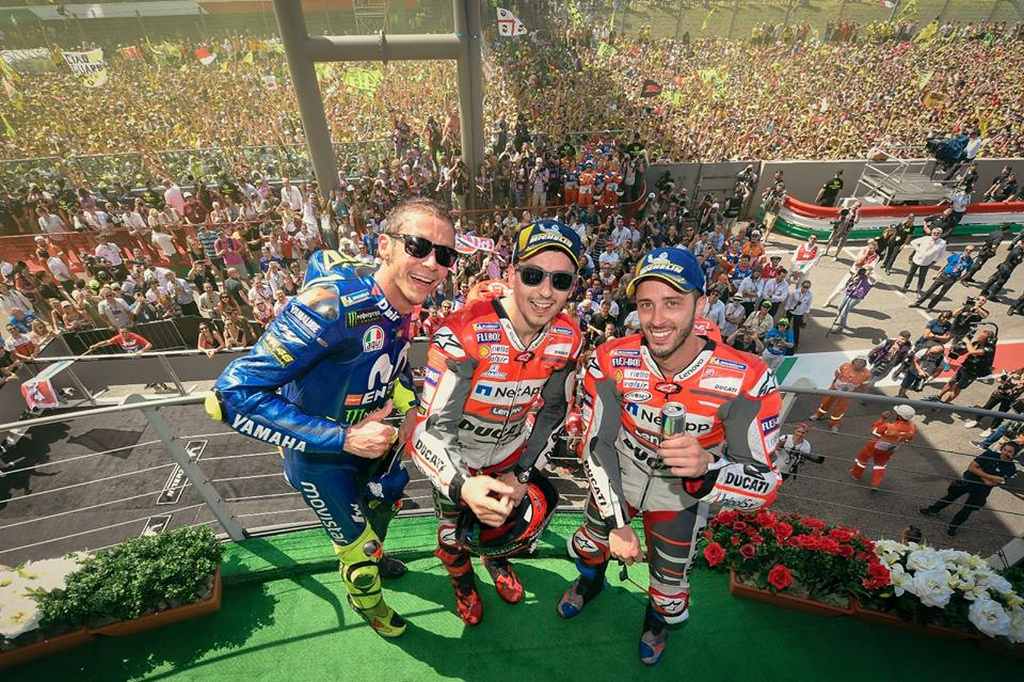 Jorge Lorenzo moved into an early lead at the famous Mugello track ahead of polesitter Valentino Rossi, as Marquez surging up the order to third on the first lap from sixth made an ambitious pass on Danilo Petrucci. The latter felt he should have been penalised for that move. Marc Marquez went after Rossi at the beginning of the third lap at the opening corner before pressurising the leader and three-time world champion Lorenzo.

However, on the fifth lap, Marquez lost his Honda’s front end and slid into the gravel trap. After that, Lorenzo led Rossi and Andrea Dovizioso who moved up to second on lap seven. Lorenzo held a slim advantage of seven tenths of a second but he maintained his pace and pulled out a lead of 1.5 seconds by half way stage. 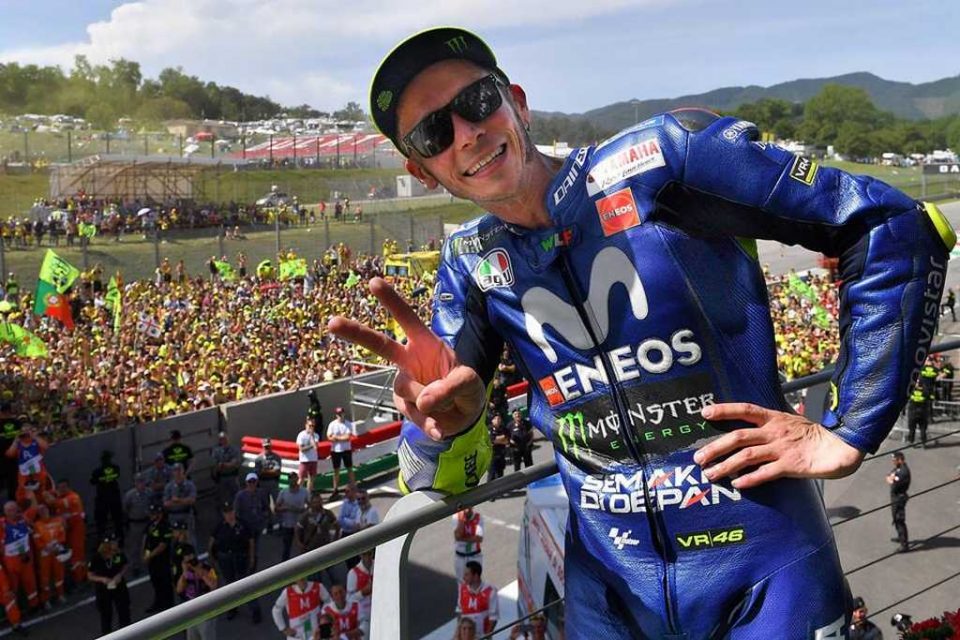 He managed to stay ahead in the rest of the laps and took his first win on a Ducati and 45th premier class career victory by a 6.3 second margin. Dovizioso was able to hold off Rossi by just over two tenths and completed a Ducati one and two. Championship leader Marquez was running very close behind Grand Prix leader Lorenzo before sliding off into the gravel trap at the Scarperia.

Despite remounting his Honda, Marquez could only finish 16th while Lorenzo took a dominant victory. When asked whether he thought he had the right pace to deny him off a win if not crashed, he responded saying that podium was possible but the bike was “not perfect” and he was not on same pace as podium finishers.

The Spaniard admitted earlier of having a strange front tyre allocation available in Mugello and said his crash was down to racing on hard front compound. Tucking the front, he slid off the track slowly and picked the bike back up before finally falling over. Marquez confessed that he found it very hard to avoid crashing during second time.