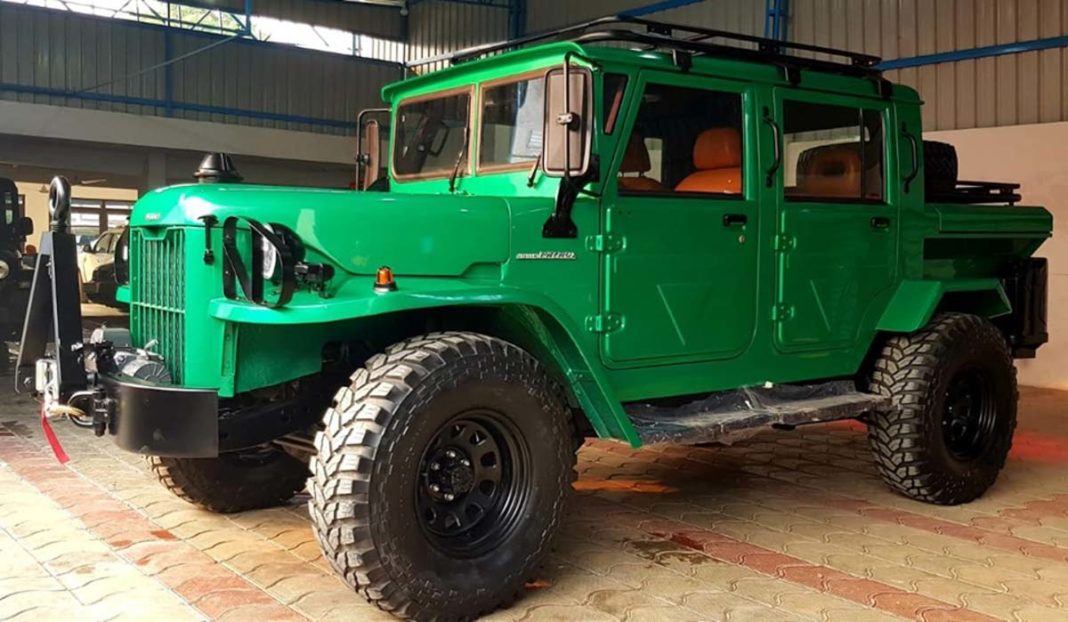 MS Dhoni has a huge love affair for motorcycles and do you know that he is a big fan of bonkers trucks too? Standing in testament, the former Indian cricket team skipper has bought a Nissan Jonga One Ton customised by SD Offroaders Nakodar. The Nissan 4W73 series truck is restored into an eye-catching steamroller and it is a certain looker in the green paint scheme.

The Jalandhar-based custom firm has worked its magic on several off-road machines from Nissan, Jeep, Dodge and Mitsubishi while they have specialised experience in modifying the regular Jonga, One Ton and G60 Jonga alongside a Mahindra Thar 6×6. The Jonga One Ton now adorns MS Dhoni’s wealthy garage comprising of the Hummer H2 and Kawasaki Ninja H2 among others.

Back in 1960, Nissan introduced the P60 4×4 otherwise known as the Patrol 60, and it was available in two wheelbases and three body types. The P60 was inducted by the Indian Armed forces in the 1963-64 period alongside the Nissan Carrier, D4W73 One Ton, and they were equipped with the same engine. Thus, finding a Jonga One Ton, a 4w70 series in Dhoni’s case, on the Indian roads cannot happen every day. 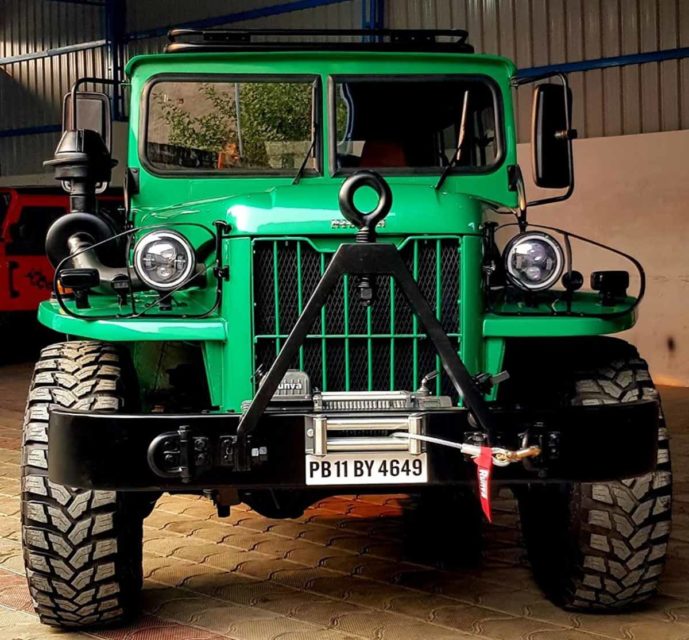 Deciding to buy a restored Jonga One Ton does emphasise MS Dhoni’s affection towards the big off-roading machines of the past. So, if you find a massive Nissan truck getting past you by in green shade, you know who might be in it. While retaining the shape of the original model, the Jonga One Ton has new headlamps with round-shaped LED DRL rings and a new black bumper housing a number of elements including a winch.

The side view of the modified Jonga suggests that it can give the Hummer a run for its money with the presence of massive fenders and chunky studded tyres while there is a spare tyre at the back, large mirrors, new tail lamps and black roof rails as well. The tuning firm confirmed that the mod job is powered by a six-cylinder petrol engine connected to a 4×4 system. 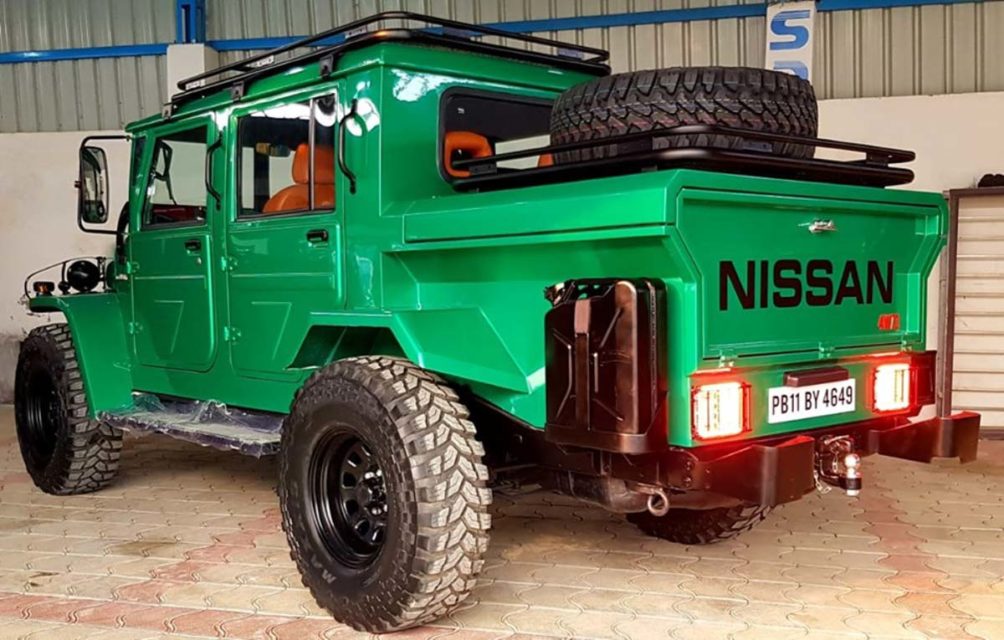 The completely overhauled interior is equally as impressive as the exterior with contrast tan coloured seats, blackened dashboard and centre console, bright green touches on the AC vents, centre console and steering wheel, a touchscreen in the middle, etc.