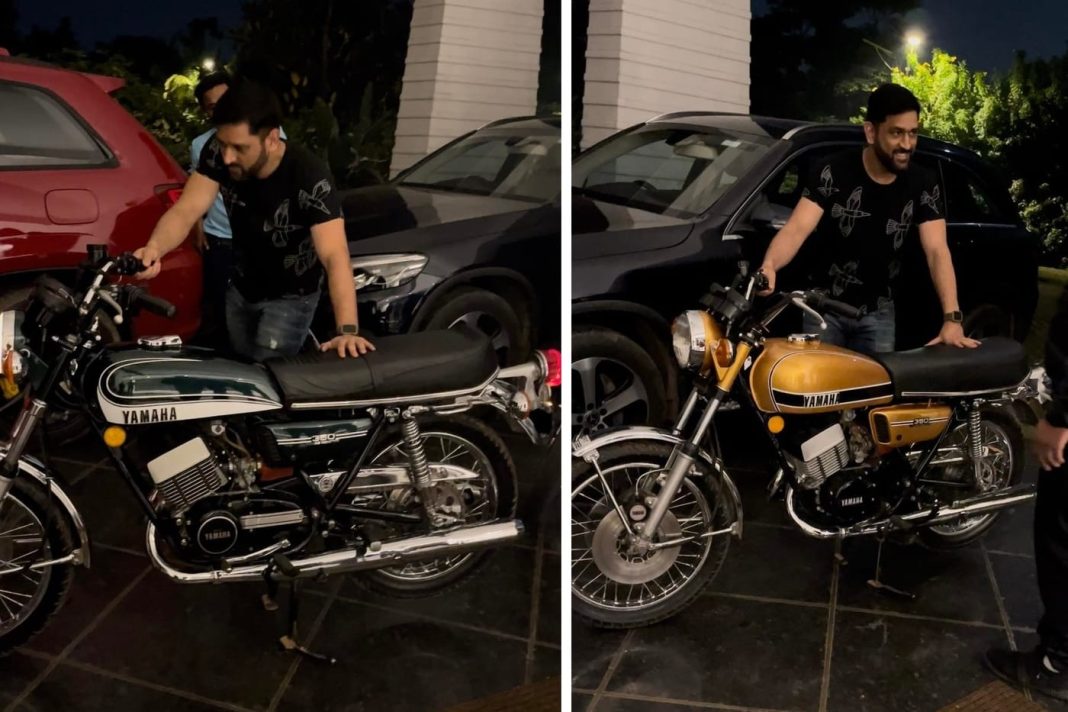 Yamaha RD350 is one of the most iconic motorcycles to ever be on sale in India, and cricketer MS Dhoni recently purchased one

Cricket Legend M.S. Dhoni is an avid petrolhead, with a lot of classic cars and motorcycles in his collection. The sports star recently added a beautiful Yamaha RD350 to his garage. The motorcycle was custom-built by Syed Jadeer from Mysore, who had actually brought two RD350s to the cricketer’s farmhouse.

Recent pictures of M.S. Dhoni checking out two RD350s, a yellow one and a green one, have been doing rounds on the internet, shared by Syed himself on social media. Out of the two, only the green one (Competition Green model) was delivered to him. The other one was brought along only for show, and it now sports captain cool’s autograph on the fuel tank.

As per the custom-builder, the motorcycle was a US-spec model, and it was completely overhauled. The entire restoration process took around a year, and looking at the pictures, we can see the care and attention that went into these custom bikes. The restorer has also stated that all the parts used were locally sourced in India. 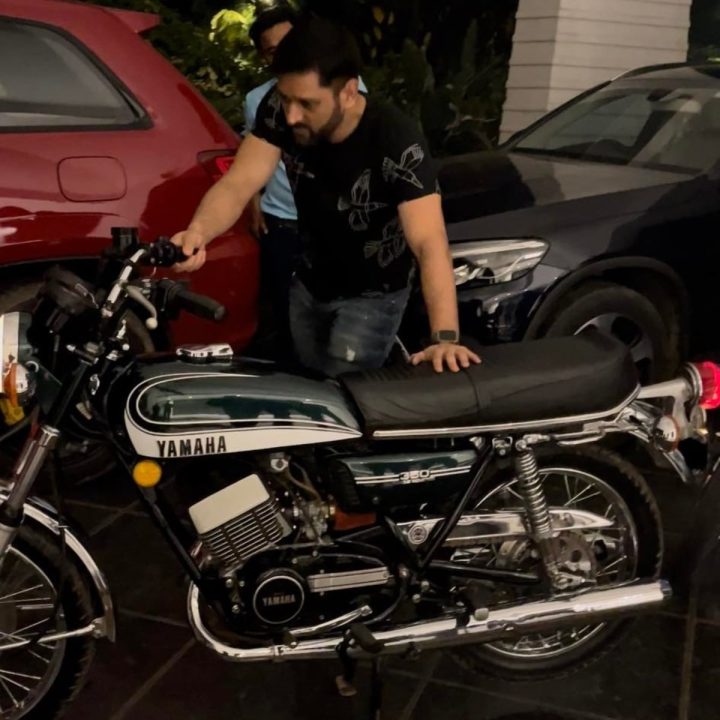 Compared to the international-spec model, which generated 29 kW (39.4 PS), the Indian version was low on power and performance. However, in the interest of cost savings, the India-spec model came with drum brakes on both wheels, instead of a disc brake on the front wheel. As such, it didn’t have a lot of stopping power, which made it quite scary to ride, at least in the stock setting. 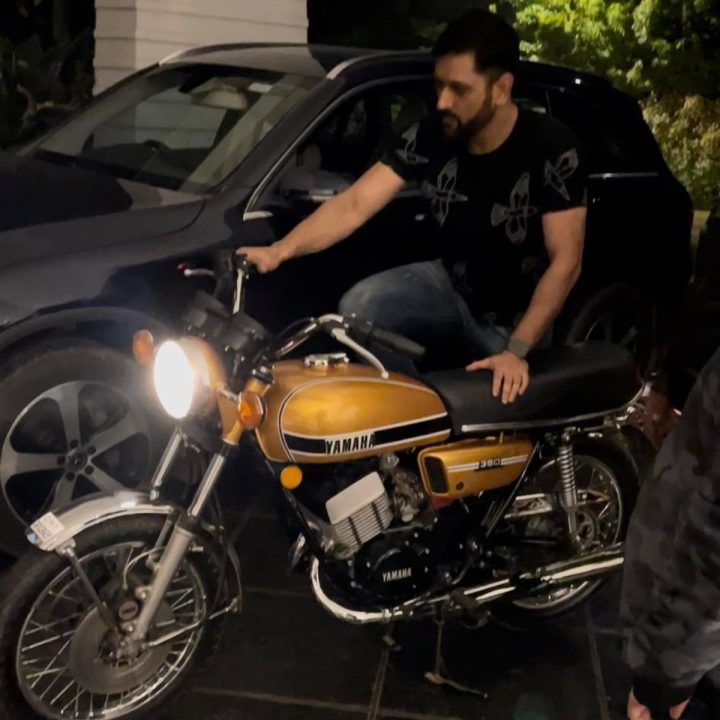 Even decades after its discontinuation, the Yamaha RD350 still remains in demand, especially in India. There are plenty of collectors and enthusiasts who have one in their possession, along with plenty of other people who have their eye out for one. Well, M.S. Dhoni just went from the latter category to the former!