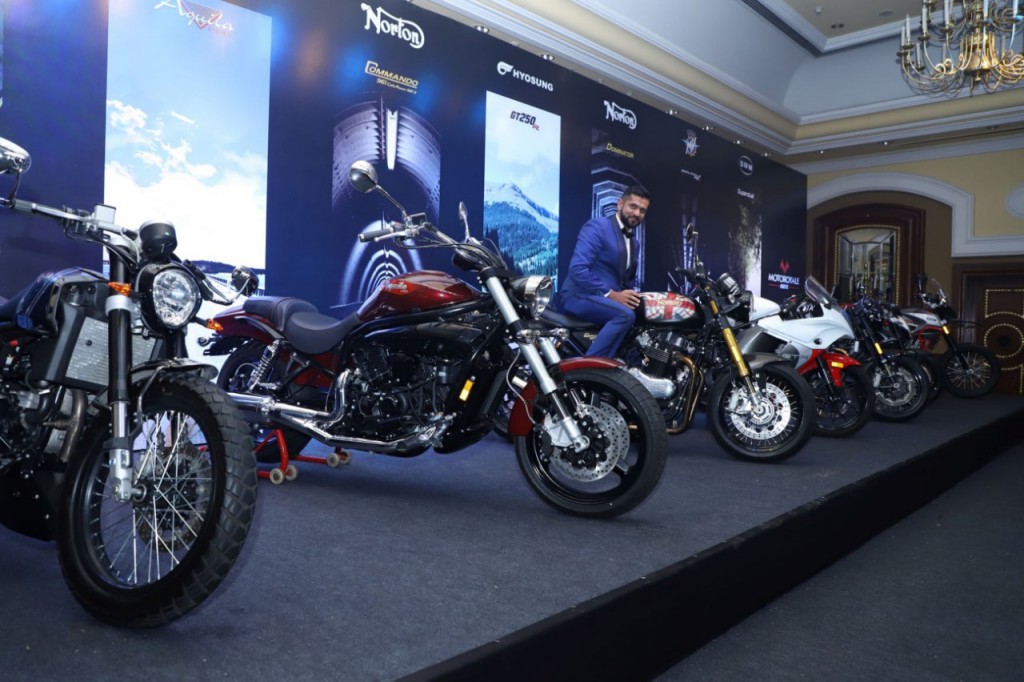 Motoroyale is the premium division of Kinetic group and they officially introduced five new brands – Hyosung, FB Mondial, SWM, Norton and MV Agusta to expand their share in the premium two-wheeler segment in India. The company will initially setup six dealerships in a phased manner and it will be expanded to 12 by next year.

Kinetic Group is currently working on CKD assembly operation of Norton bikes at their plant in Ahmednagar as their current products Dominator and Commander series comes to India via CBU route, which makes these motorcycles very expensive. The first CKD products of Norton are expected to roll out by April 2019.

Motoroyale today launched four new products in India – FB Mondial HPS 300, SWM Superdual T, Hyosung GT250R and Aquila Pro. The HPS 300 is priced at Rs. 3.37 lakh and the design will make this motorcycle stand out from the competition. FB Mondial revealed HPS 300 at the 2017 EICMA and it is based on Hipster 125.

The Superdual T is an adventure motorcycle from SWM and it is priced at Rs. 6.80 lakh for the entry-level model and Rs. 7.30 lakh for the top end model. The Superdual T is powered by 600 cc, liquid cooled, single cylinder engine producing 57 hp of power and 53.5 Nm of torque. This engine is mated to a 6-speed gearbox and it competes against Suzuki V-Storm 650Xt and Kawasaki Versys 650. 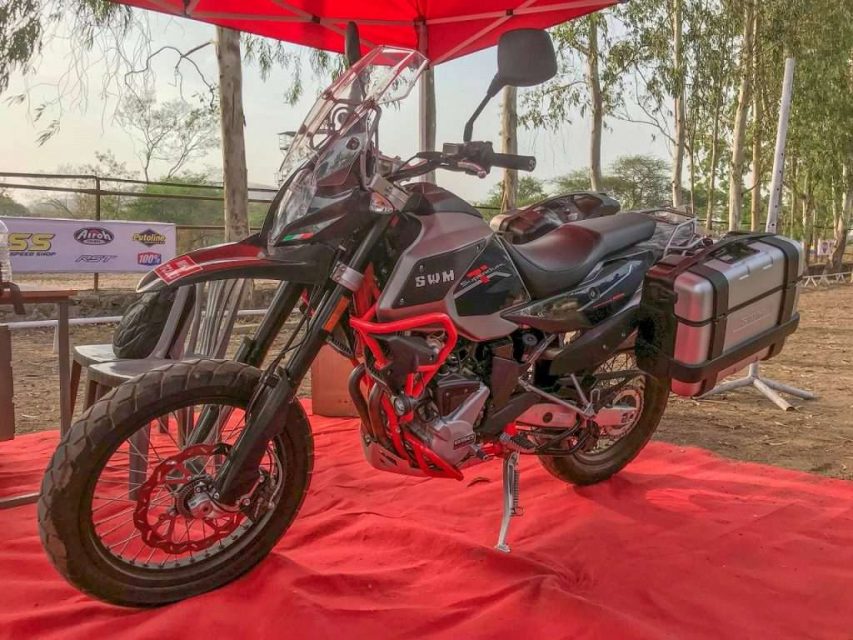 Hyosung didn’t have a good run in its first innings with DSK partnership and the company is looking to increase its sales with Motoroyale. The GT250R is a fully faired sports bike priced at Rs. 3.39 lakh (ex-showroom) and when compared to competitors like Honda CBR 250R, Motoroyale priced the GT250R at a premium.

The power comes from 249 cc twin cylinder oil cooled engine with overhead camshafts and eight valves produce 28 hp of power at 10,000 rpm and 22 Nm of torque at 7,000 rpm. This engine is mated to a 5-speed gearbox. The suspension duties are handled by 43 mm upside down forks at the front and mono shocks at the rear. 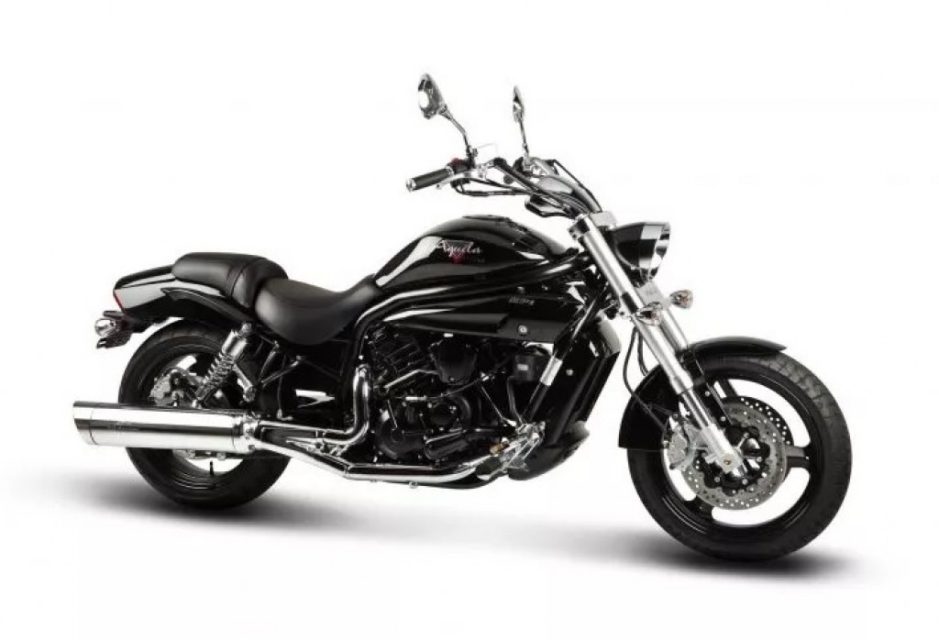 The Aquila Pro is a modern cruiser from Hyosung to take on Harley Davidson Street 750 and it is priced at Rs. 5.55 lakh (ex-showroom). The cruiser is powered by 647 cc, 90-degree V-twin engine producing 75 hp of power and 62 Nm of torque. This engine is mated to a 5-speed gearbox and the company has given 300 mm double disc at front and 270 mm single disc at rear with dual channel ABS as standard.