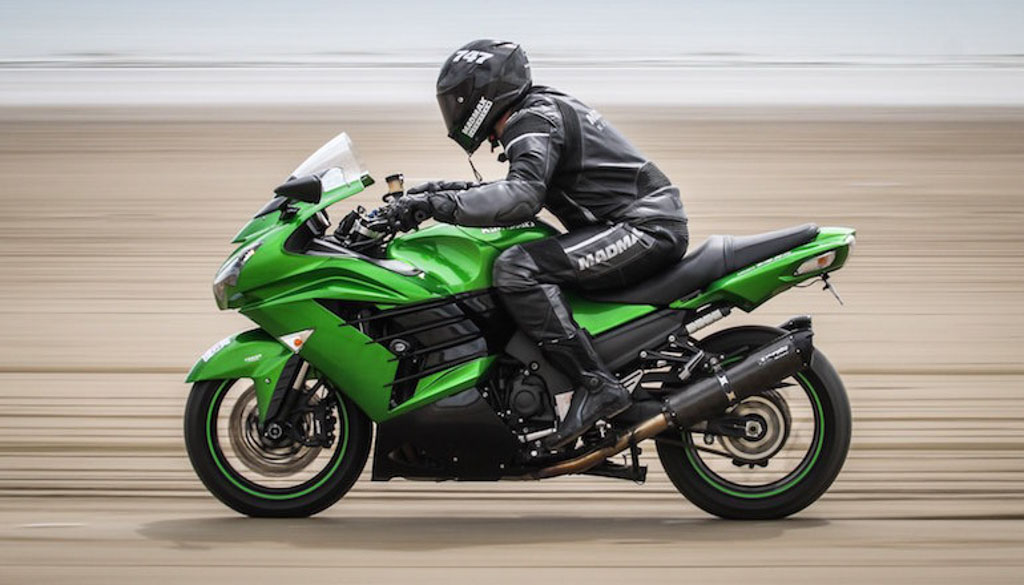 After making a remarkable recovery from injuries, his new record of 201.5 mph (324 kmph) on his 350 hp supercharged Hayabusa has outshone the previous one at 184 mph (296 kmph)

Last Sunday, Zef Eisenberg, a businessman from Guernsey rode his supercharged motorcycle at 201.5 mph (324 kmph) on pendine Sands of South Wales. The 45-year-old was recovering from an almost fatal crash at 230 mph (370 kmph) just less than a couple of years ago and he has now become the faster ever rider on sand.

Zef Eisenberg endured a horrid crash in September 2016 at an unbelievable speed of 230 mph (370 kmph) and consequently broke several bones including pelvis and bones in hands. Back in the saddle though, he expressed of being a lot happier. 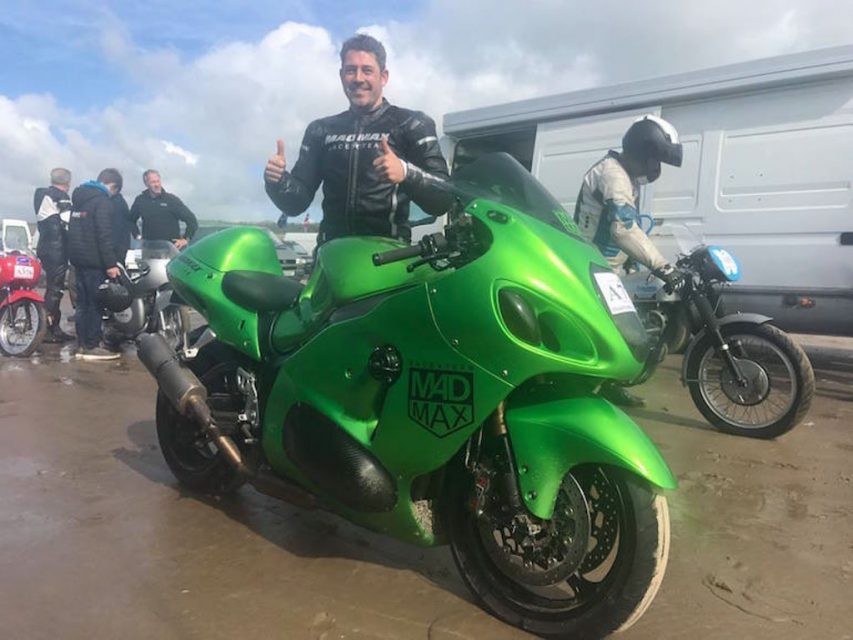 While riding back to the finish line, officials waved at him in frantic manner and he thought something went wrong but it was not the case. They congratulated him and told him that he has set a new record – much to his shock and amazement.

Mr. Eisenberg broke 11 bones and lost eyesight temporarily after his crash in 2016 and spent three months in hospital. The founder of Maximuscle nutrition company was trying to break his land speed record of 234 mph (377 kmph) on his motorcycle powered by gas turbine.

After making a remarkable recovery from injuries, his new record of 201.5 mph (324 kmph) in Wales has outshone the previous one at 184 mph (296 kmph). He is also now the fastest man ever on Pendine Sands – a historical venue used mainly for setting speed records for more than 100 years.

The fastest ever motorcycle rider on sand worldwide has said that following his crash he was afraid of not walking ever again, but having made an inspirational comeback, he was back on the saddle of his turbine bike just a year later.

Zef Eisenberg admitted that after intense commitment to physical and mental recovery, 201.5 mph (324 kmph) sand record was icing on the cake. For over a century, riders including some legends were trying to reach 200 mph (322 kmph) mark at Pendine Sands but Mr. Eisenberg has been the only man to do it.