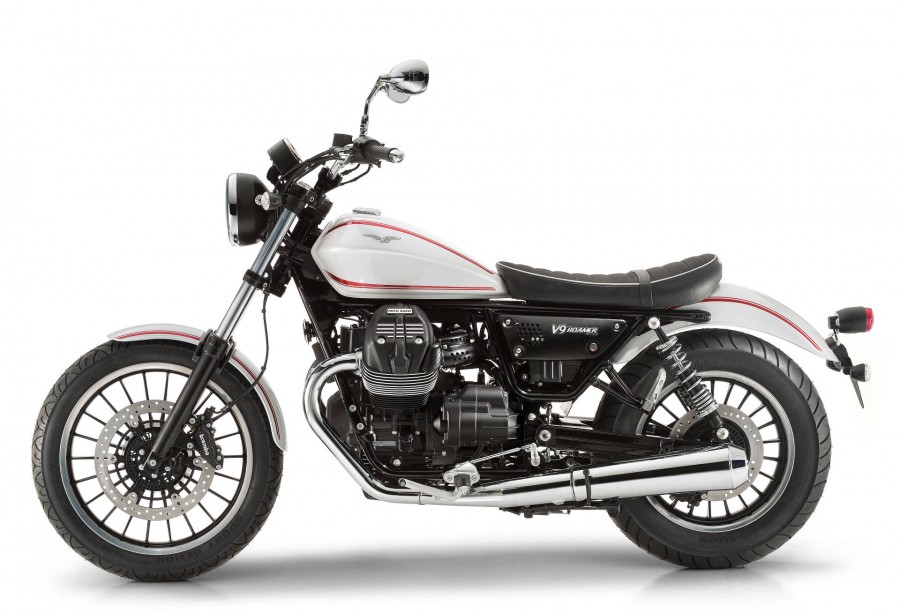 Both Moto Guzzi V9 Roamer and V9 Bobber mid-size cruisers are powered by an all-new air and oil-cooled V-Twin 850cc engine with a bore-stroke dimension of 84x77mm. The engine produces a maximum power output of 55hp at 6250rpm and peak torque of 62Nm at just 3000rpm.

It’s coupled with a new six-speed transmission that sends power to the rear-wheel with the help of a double-jointed drive shaft. The V-Twin engine comes with major changes like a new inertia-calibrated crankshaft, aluminum crankcase and a redesigned oil pan. 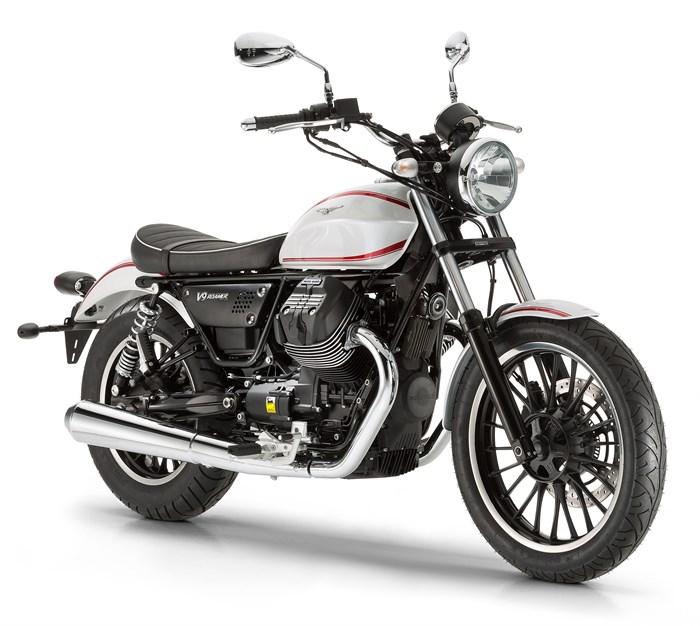 Dual pushrod valves are actuated at an angle to the cylinder head on each cylinder. To meet stringent Euro4 emission standards, a brand new ECU and a new exhaust system with a three-way catalytic converter and double oxygen sensors have been introduced by Europe’s oldest running continuous motorcycle production manufacturer, Moto Guzzi.

Twin spring pre-load adjustable shocks and two-piston caliper with 260mm rotor carry duties at the rear whilst ABS and two-level traction control system are standard. Moto Guzzi V9 Roamer is the successor of Nevada and boasts chrome handlebar and comes with a 19-inch front wheel and 16-inch rear wheel that are painted matt black and treated with a diamond-cut finish. 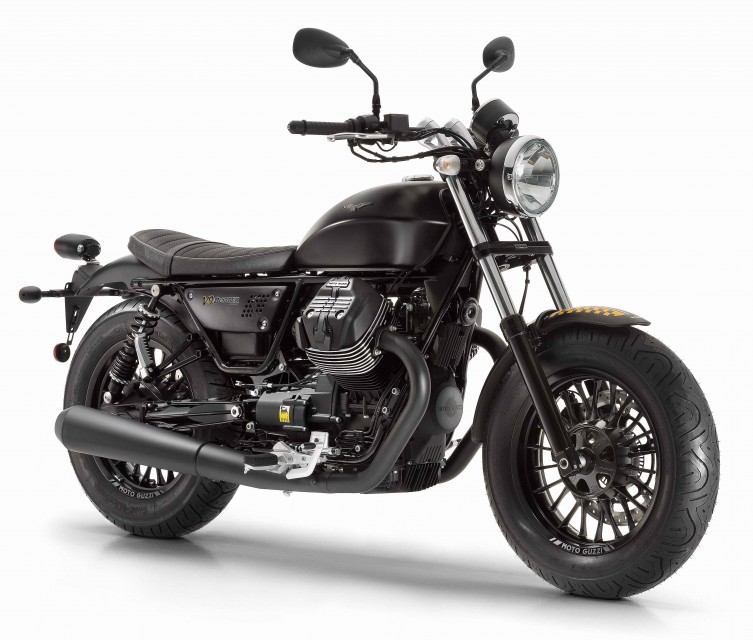 The backed-out V9 Bobber has seat height reduced to 30.3 inches. The 16-inch front wheel is smaller but fatter than on the Roamer at 130/90 compared to Roamer’s 100/90 size. Despite having identical rear tyre to the Bobber, it sits below a shorter rear fender.

Also built in the legendary manufacturer’s Mandello Del Lario facility, Moto Guzzi MGX-21 Flying Fortress bagger is the production version of the concept displayed last year at the Milan show. Based on the California 1400 platform, it shares the same 1380cc 90-degree V-Twin producing a claimed 162Nm of torque. 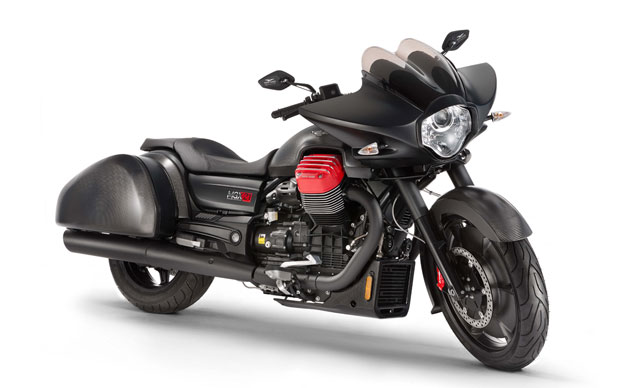 With saddlebags tail bodywork enabling potential storage space, the fairing is heavily sculpted and the 21-inch alloy front wheel with carbon fibre covers give it a taller front end. The tall front wheel was designed to increase handling and stability has to be adapted for a revised steering geometry. 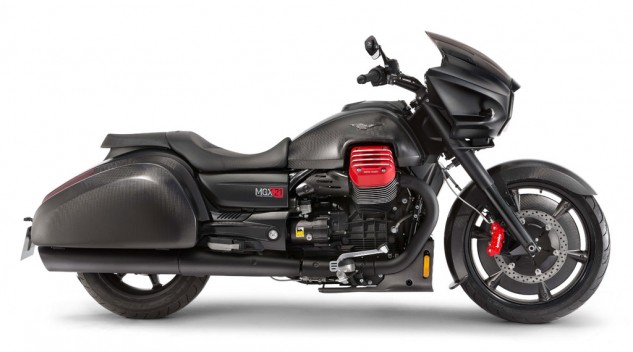