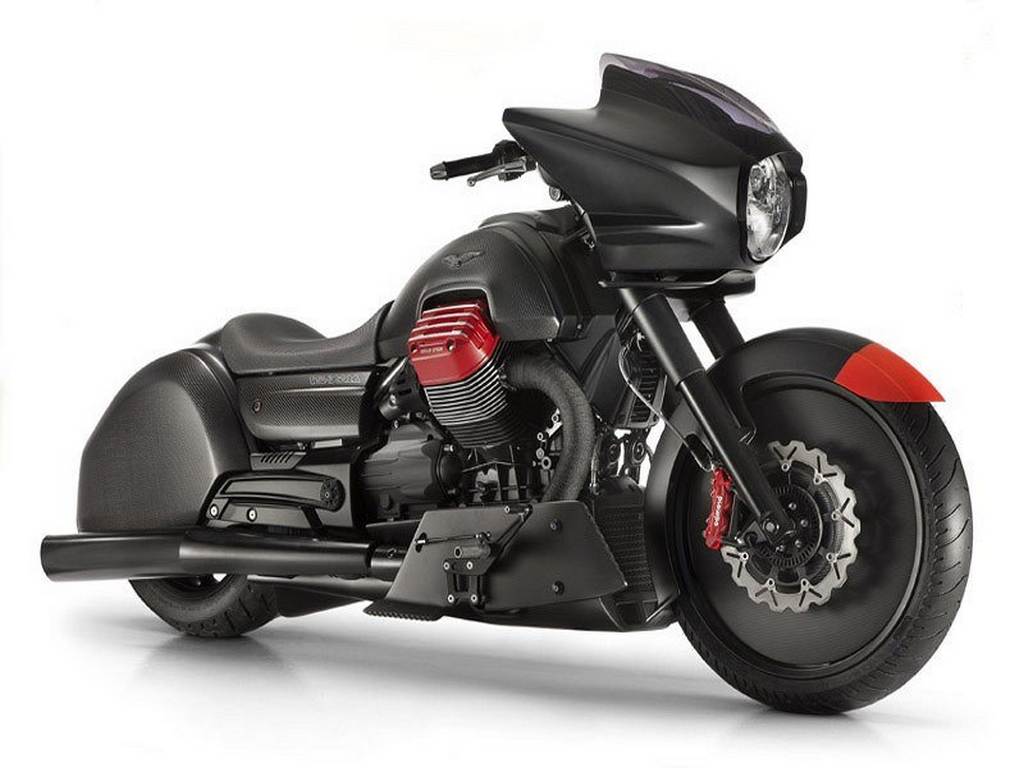 Moto Guzzi hinted at the 2014 EICMA show that the Italian brand was working on a new bagger when the MGX-21 concept was unveiled. Standing true to its words, the production version of the model termed as MGX-21 Flying Fortress graced the stands in the same show last year.

With a legion of motorcyclists from all over the American continent that will have first-hand experience of what the motorcycle is all about, Motor Guzzi launched the modern production bagger at the 76th annual Sturgis Motorcycle rally presented alongside the latest models – Eldorado 1400 and Audace 1400 cruisers, V9 Roamer and Bobber, V7II Stornello and Stone – from the iconic brand at South Dakota with Black Hills as gorgeous backdrop. The road-going version remains identical to the concept as the Batmobile-styled front fairing and saddlebags integrated into the tail section emulate the character and traditional attributes of a Moto Guzzi. The key feature of the MGX-21 is the use of carbon fibre extensively as the tank panels, saddlebags, front wheel covers, case covers and front fender receive the lightweight treatment. The addition of wheel covers will help in increasing the stability and handling ease due to the airflow from one hub to the other according to them.

The Moto Guzzi MGX-21 gets power from a 90-degree transverse-mounted V-Twin taken from the California 1,400. The 1,380 cc engine comprises a big 104 mm bore good which should aid in achieving the rated maximum power of 96 horses and 120 NM of peak torque. The power is tuned to be delivered early in the powerband. The “elastokinematic” engine mounting system means the MGX-21 will have the relevant vibrations to please the cruiser audience and its blacked-out exhaust looks different to the California 1400 while complying with the Euro4 emission norms. It features three level of on/off traction control system, dual channel ABS, ride-by-wire technology, three driving modes and cruise control as standard. It also has monochrome dot matrix display, entertainment system with intercom, stereo and Bluetooth, 21-inch alloy front wheel with dual discs and radial-mounted four-piston Brembo calipers, etc. Designed with help of Miguel Galluzi, the former Ducati industrial designer responsible for the Monster, it will be available in limited production run. The MGX-21 was reportedly patented for India already and the market entry is expected sometime next year.