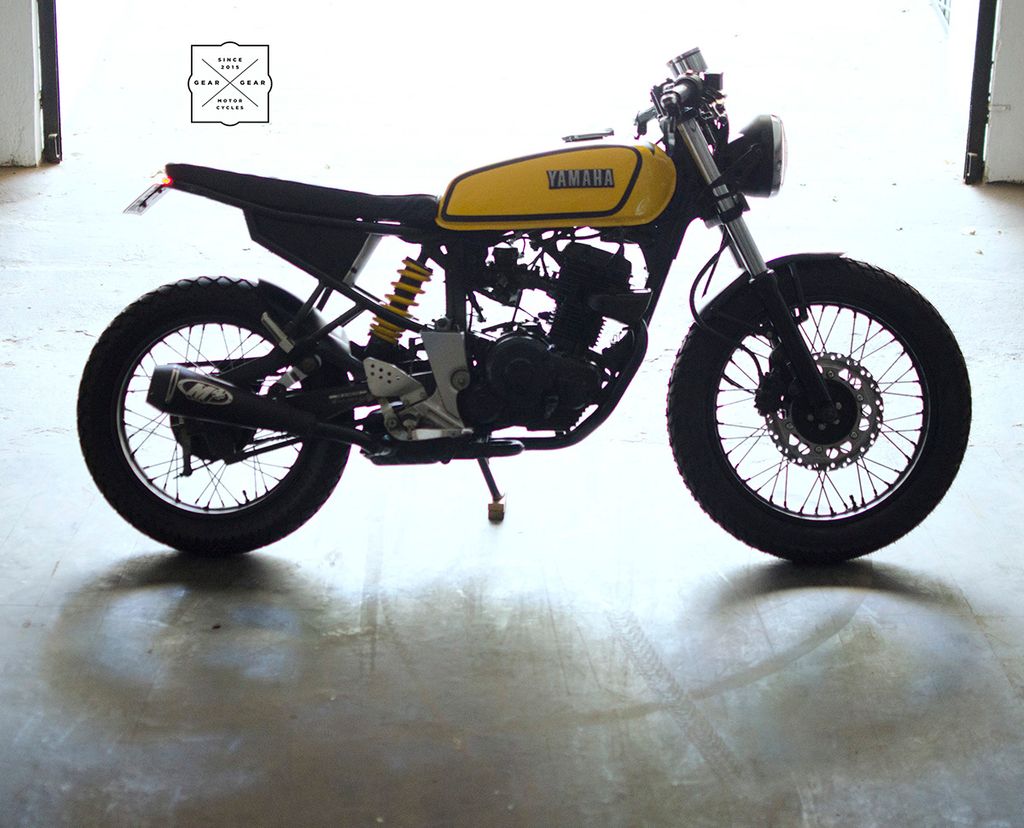 Yamaha FZ is the bike, which helped the Japanese manufacturer to make a comeback in the Indian two-wheeler industry. The loyal fans of Yamaha still remember RX100 and the two stroke monster was the bike for enthusiasts during the 90s like FZ for current generation. Gear Motorcycles based in Bangalore decided to give a make over for FZ with RX100 inspired design with café racer theme.

The custom shop has made so many changes for FZ, which starts with new round headlamp and it looks similar to RX100. The beefier telescopic suspension has been carried forward and front fender is new. The stock handlebar has been lowered and mirrors are placed on the end of handlebar, which does give the bike retro theme.

The digital instrument cluster has been replaced by aftermarket dual pod cluster with speedometer and tachometer. The stock muscular fuel tank has given way for new custom build fuel tank, which looks exactly similar to RX100. The custom shop has replaced stock FZ seat with a flat single seat to continue café racer theme.

Gear Motorcycles have also given new custom side panels. The rear gets LED tail lamp and it is integrated into seat along with number plate and small fender. The custom shop has carried forward same frame and mono suspension. The foot pegs are placed exactly same like original FZ. 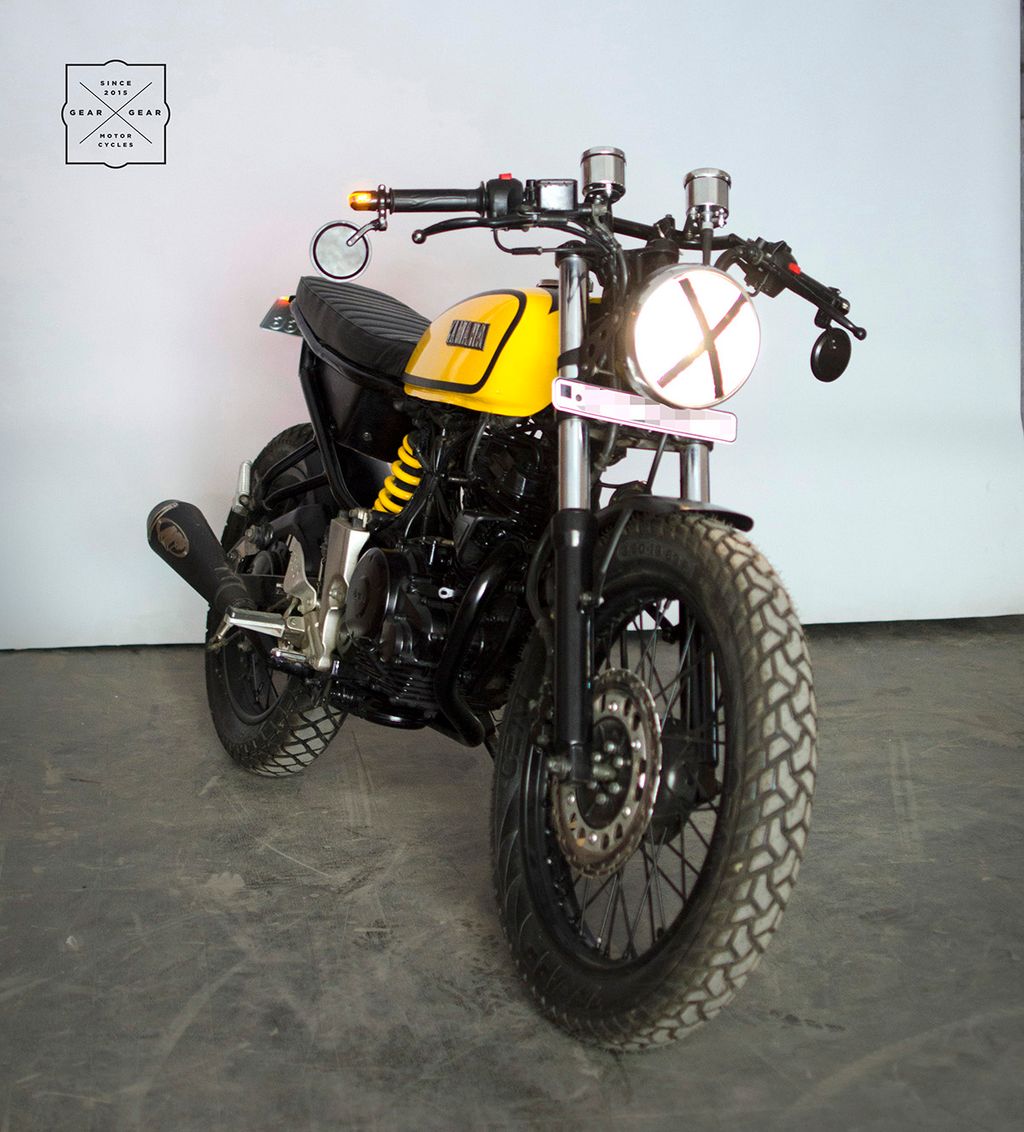 The custom shop continues to use same engine from stock FZ, which is powered by 153 cc single cylinder engine producing 14 PS of power at 7,500 rpm and 13.6 Nm of torque at 6,000 rpm. This engine is mated to a 5 speed gearbox. The stock exhaust has been replaced by a custom unit and it is tuned to produce sporty exhaust note.

The front and rear tyres are bigger than stock model and they run on knobby tyres. The braking duties are handled by disc brakes at front and drum at rear. Gear Motorcycles have also made some changes for electric system and weight reduction improved performance compared to stock FZ.