Earlier we have seen a TVS Apache RTR 200 receiving modification in Indonesia, and now the same bike has received a full fairing which has given the model a Supersport bike look. As it seems the new modification job has been done by the same outfit in Indonesia, as it sports the white and burgundy paint job and the custom swing arm like the previous modified model.

In India, the delivery of the new TVS Apache RTR 200 has begun in selected cities like Bangalore, Chennai, Hyderabad, Mumbai and Pune. The pricing of the bike is set at Rs. 93,880 (ex showroom), and the power source for the bike is a 197.75 cc single cylinder oil-cooled engine which is paired with a five speed gearbox and churns out 20 bhp of peak power and 18 Nm of peak torque. 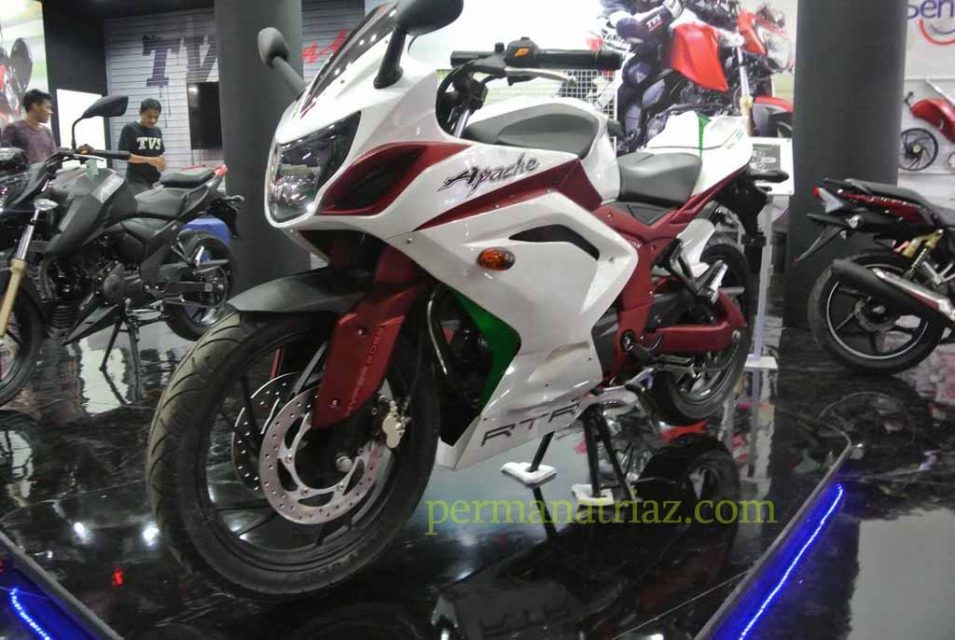 TVS has launched the Apache RTR 200 with the carbureted non ABS guise, which is the base variant, and the top end variant gets a fuel injection system and ABS as well, but the customers have to shed Rs. 6,000 extra for that, and the ABS variant will arrive in the country few months later.

Coming back to the modified TVS Apache RTR 200, the bike comes with the sharp headlamp, switch gears and taillights rear indicator lights intact while the body panels all over the bike has been completely redesigned to give the streetfighter a superbike appearance. 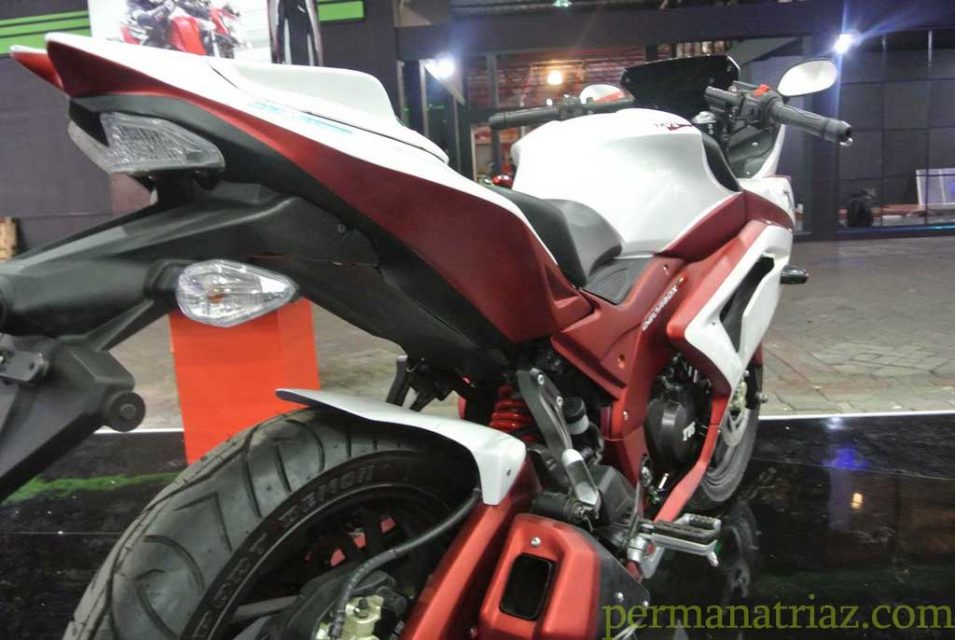 Over the standard model the modified version receives a protective cover for the fork up front, dual air intake at the front at each side of the headlamp, and a taller windshield. The fuel tank is very much beefy, which portrays an aggressive look to the bike.

Interestingly, the images suggest the modified TVS Apache RTR 200 has been displayed at a showroom by the two wheeler maker in Indonesia, which might be an explanation that the dealer is trying to generate interest among the customers with the souped up model.