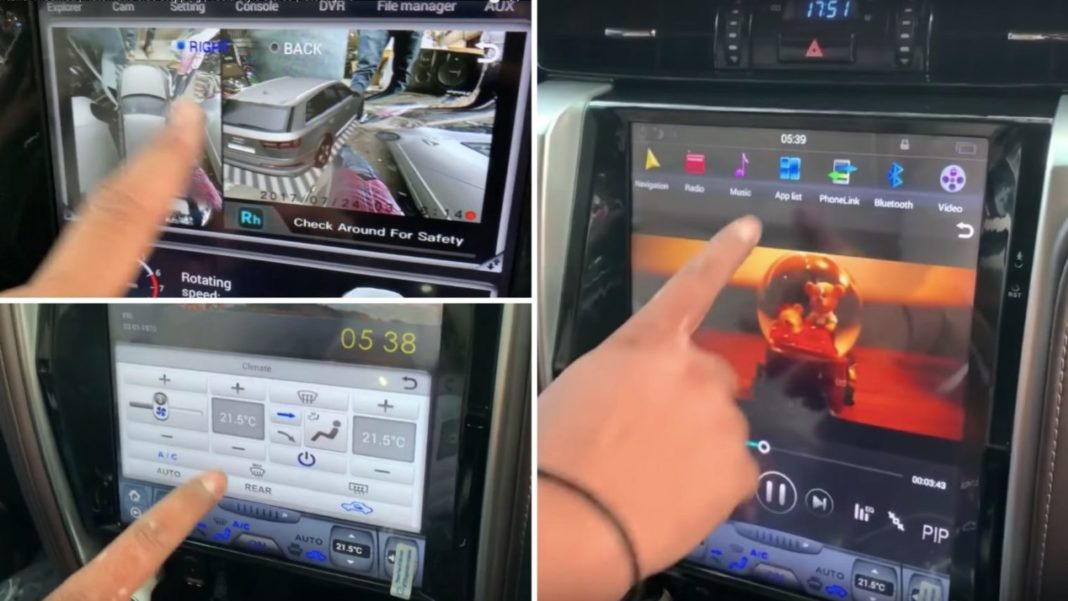 While we have featured many examples of a modified Toyota Fortuner, the latest one steals the show with its Lexus body kit and Tesla-like touchscreen infotainment unit

There is no denying the great love the Indian car market has for the Toyota Fortuner. The latest generation of the premium SUV has been an even bigger hit than the first generation model, which was launched in 2009.

While we have seen and featured many examples of modified Toyota Fortuner SUVs, the one seen here totally steals the show with its Lexus body kit and a Tesla-like touchscreen infotainment system. The Toyota Fortuner is already a butch looking SUV and easily commands enough street presence. While it’s true that the latest generation model doesn’t look as brutish as the previous version, one still can’t ignore its handsome looks and the bold looks.

However, the modified Toyota Fortuner seen in the video looks quite dapper thanks to the Lexus-inspired body kit it wears. While the video focusses on the aftermarket infotainment unit, one can easily have a glimpse of the stylish body kit with several black bits that form a nice contrast with the white exterior paint.

The highlight of the exterior is the bold black grille that boosts the SUV’s road presence by leaps and bounds. The chrome garnish on top of the grille along with ‘FORTUNER’ branding further enriches the sporty character of the model. The stock headlamps have been retained but get chrome accents around them to give the vehicle a premium look. The ORVMs have been fitted with stylish aftermarket LED turn indicators. 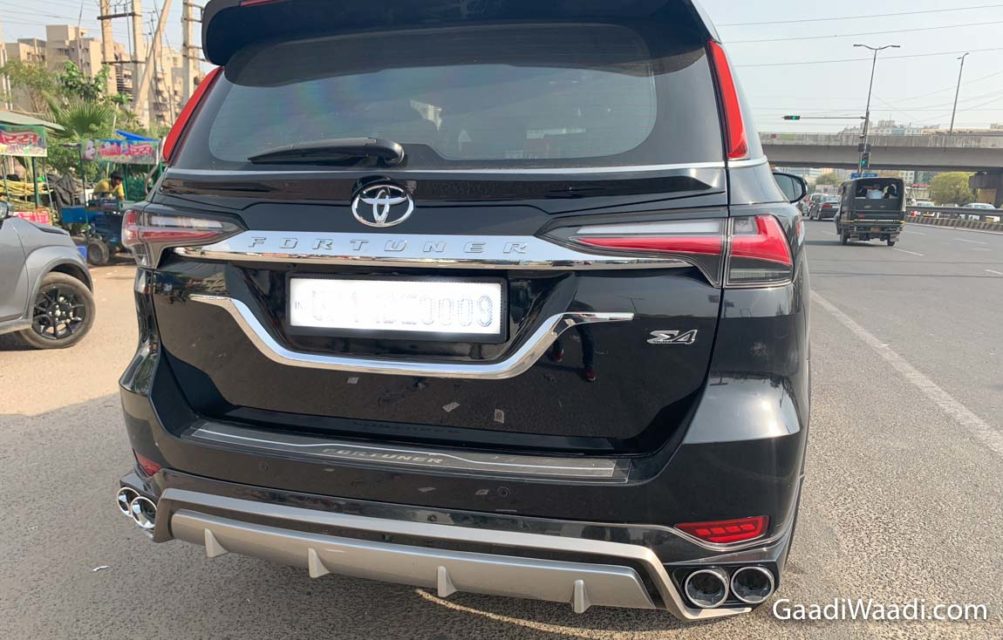 Of course, the highlight of the interior is the Tesla-inspired infotainment system, which is a giant 12-inch portrait-style screen that offers the display for the aftermarket 360-degree camera, tire pressure monitoring system and AC controls.