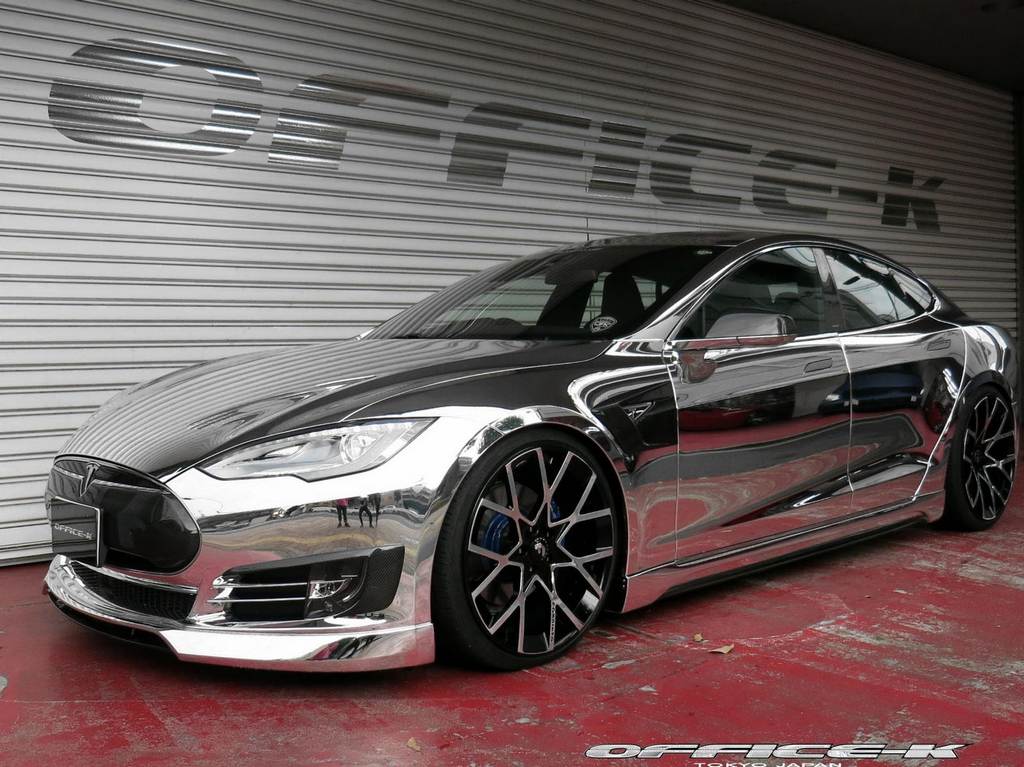 Modified Tesla Model S was tuned by Japanese firm Office-K; the glistening chrome won’t let you go past without having a stare at it

Office-K is a Japanese tuner company that goes crazy with the customization of high end cars. Google them and you could find some of the best aftermarket accessories and exotic cars adorned with their unique styling. The customizing trend of late sees the body panels get chrome wrapped or finished in matte for crowd-gathering appearance.

This trend can be commonly found around the world and plenty of car owners, despite their ride being low-end, premium or luxury, have affinity towards doing these kinds of aftermarket jobs. Office-K has made an impact in Japan for its special application of mirror effect as it wraps cars from Mercedes, Ferrari, Maserati, etc. Most recently a Mercedes CLK GTR and Maserati MC12 were applied with blue chrome. 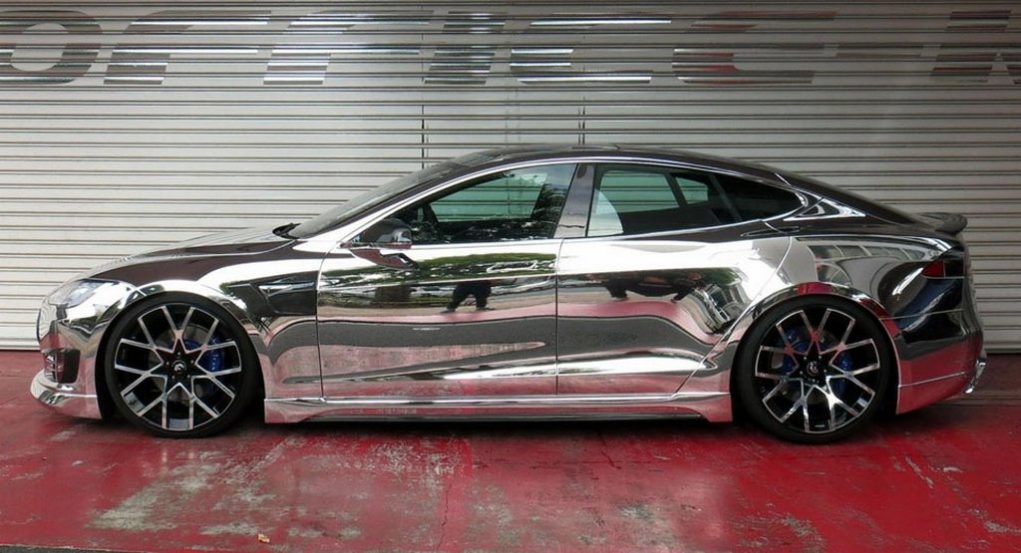 Office-K does have uniqueness to its own and so the tuner firm decided to work its magic on the Tesla Model S. The electric premium sedan is already a head-turner and has a silhouette asking owners to do something extraordinary. At Office-K, the professional tuners covered the Tesla Model S in chrome firstly. 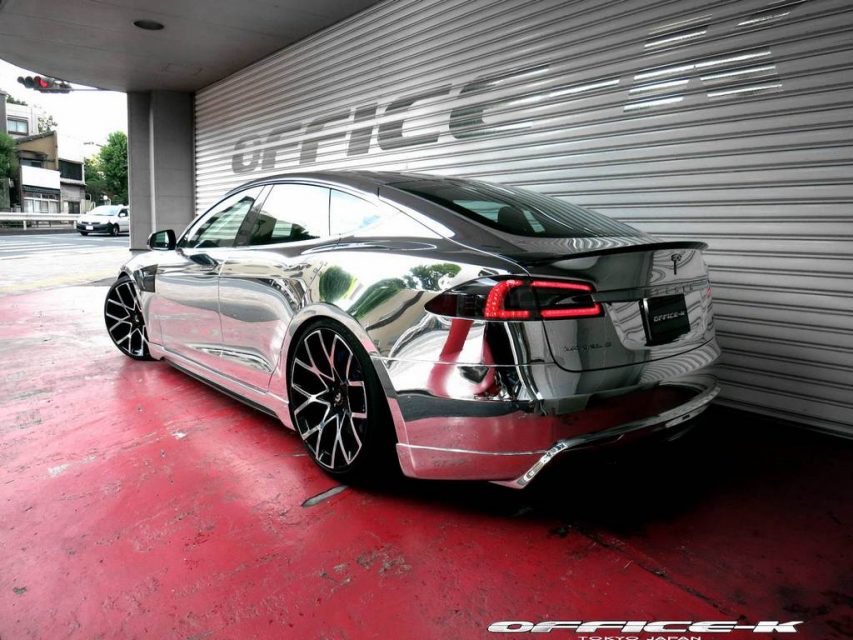 In order to give the sedan an aggressive stance, the suspension was lowered and ride height brought down. Additional touches applied to the Model S include Artisan Spirits body kit and a newly designed set of 22-inch Forigato rims enabling a superlative finish and exterior look.

Looking at the pictures, you can spot the differences it has with the standard model. It appears to be an outright sportscar rather than an electric sedan depending on the mileage range. Trundling through Tokyo or anywhere in Japan, you wouldn’t fail to notice the gleaming tuned Model S we reckon. What do you think about its customised appeal?
Images Courtesy: Office-K