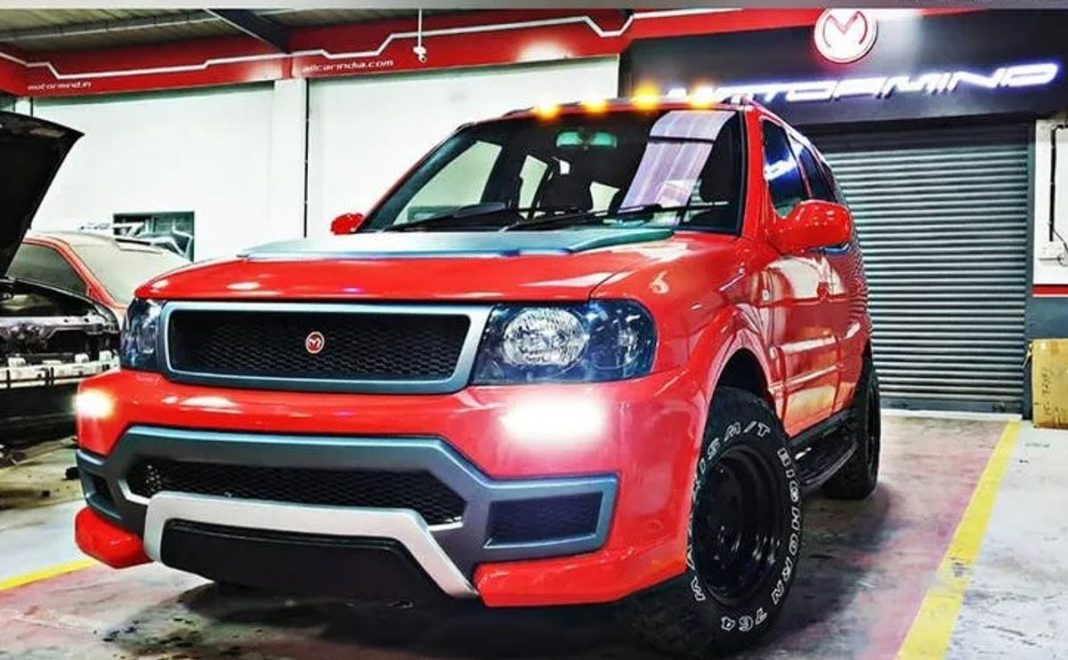 The Tata Safari is an iconic SUV that will soon go out of production. However, in its hay days, the SUV was sold in great numbers and much loved for the comfortable cabin and the macho looks it provided. Some owners have even customized the SUV for a cooler look. One such model is this modified Tata Safari from Motormind Automotive.

This custom SUV gets many modifications for a bolder as well as a sportier look. Motormind Automotive is an upcoming car custom shop based out of Bangalore. It has done some radical modifications on famous cars like the Chevrolet Cruze and Hyundai Creta. The tuning shop even specializes in body kits for luxury cars.

The modified Tata Safari that we have featured here is among their best work yet. Even the stock Safari looks quite bold and easily has more street presence than most cars in its price segment but this modified version gives the ageing SUV a new lease of life. The modified Tata Safari from Motormind Automotive carries a butch look that is due to the lowered suspension and many new styling bits. 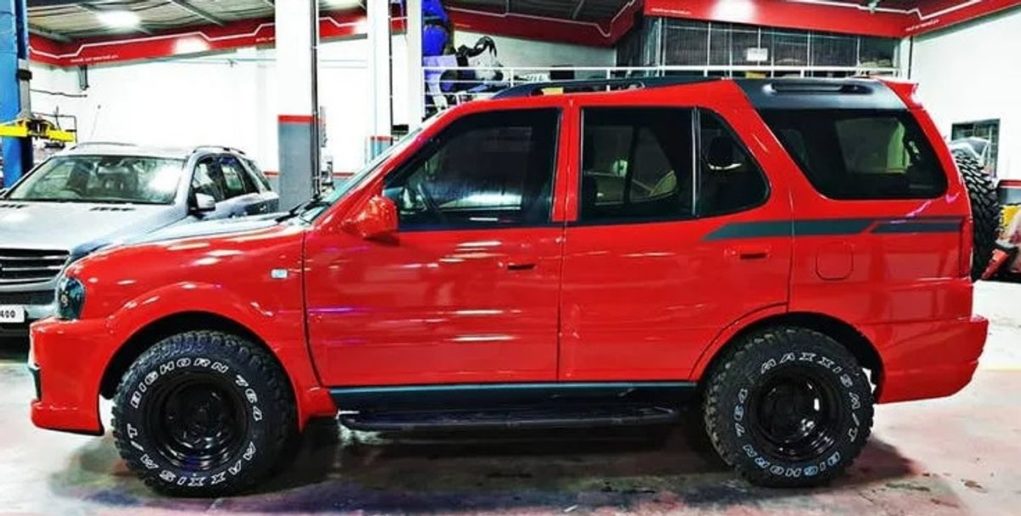 Also, this Safari belongs to the earlier generation and is not the Storme version that is currently on sale. Talking about the changes made to this SUV, one of the biggest changes is the bright red paint job that it features. The lowered front-end, which is due to the new bumper, also works to make this modified Tata Safari look sportier than its original version.

The headlamps get smoky effect, which is in continuation with the sporty theme of the vehicle. The front bumper gets LED DRLs for a modern look. The bonnet has been blacked-out for a contrast effect against the red bodywork. The roof of the modified Tata Safari gets aftermarket reflectors, while the side profile remains mostly unchanged, with the only modification available in the form of the blacked-out side steps and black door sill. 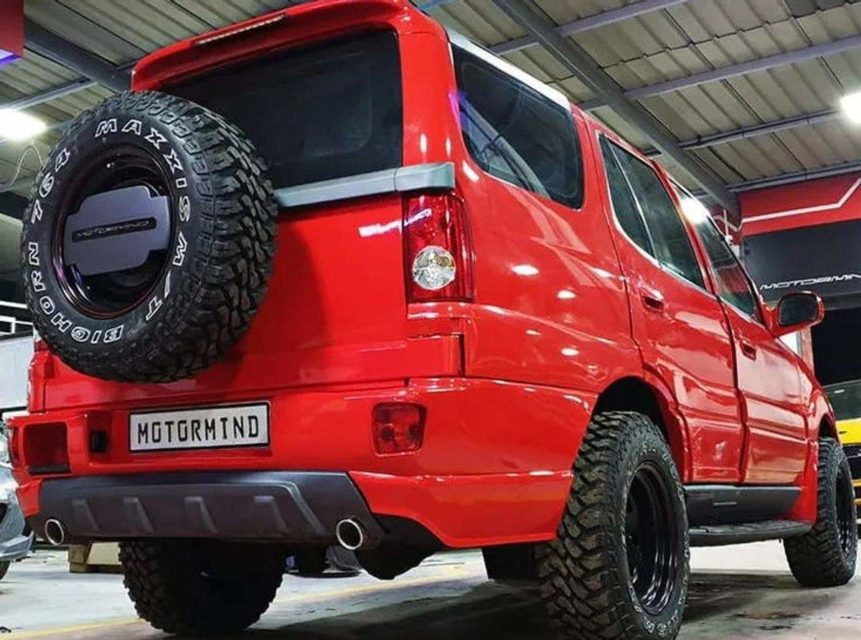 There is also a black band on the rear fender for the dual-tone look. At the rear, the stock tail lights and the bumper have been retained but the latter receives a blacked-out skid plate. The rear-end also gets twin exhaust pipes to further enhance the visual appeal of the SUV. The modified Tata Safari also gets new alloy wheels that wear wider tires.