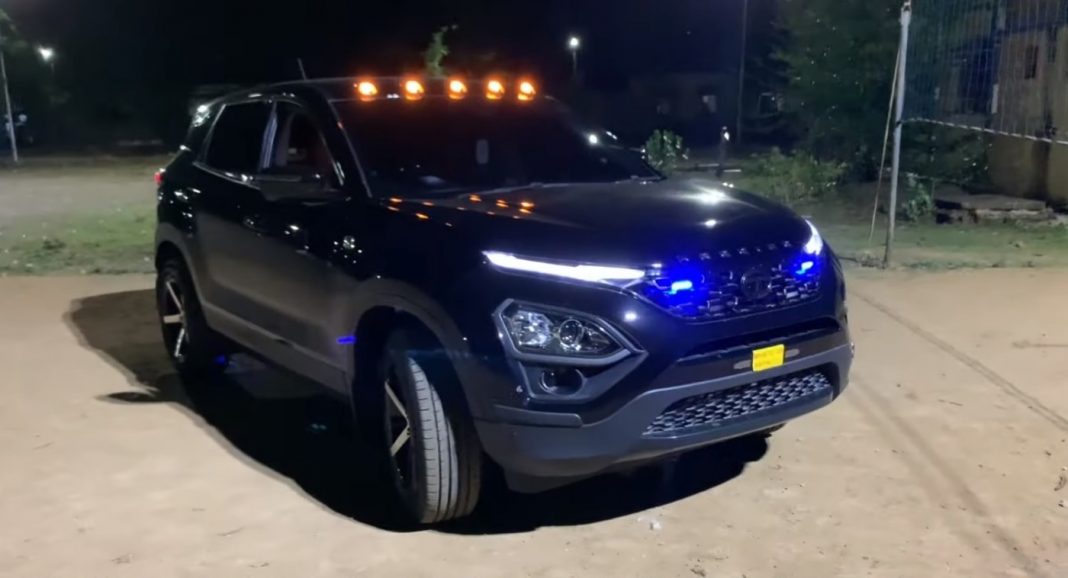 Here, we have a modified Tata Harrier, which features aftermarket alloy wheels, strobe lights, and a heavily customised interior

Tata Harrier was introduced in the Indian market back in 2019, and it was a massive leap forward for the manufacturer. The Harrier is one of the best vehicles built by Tata Motors to date, in terms of design, quality, performance, etc. In 2020, the SUV was given a minor update, which included BS6-compliance, more power, and more features, after which its popularity rose significantly in our market.

As usually happens with popular cars in India, there are plenty of modified Tata Harrier SUVs roaming around the streets of India. Here, we have a video, posted by R&R Vlogs Creation, which shows us one such customised example. This modified Harrier features changes to both the exterior and interior. This particular model is the Dark Edition version, which features an all-black exterior theme.

The vehicle has been given a PPF and Capro Ceramic coating, to preserve the paint finish, and ‘Harrier’ lettering has been added on the nose. The stock alloy wheels have been replaced by 18-inch Plati alloy rims, which sport a dual-tone finish. Aftermarket LED strobe lights have been installed in the front grille, and a set of marker lamps been added to the roof.

This modified Tata Harrier also gets multi-colour mood lighting across the cabin, which can be controlled via a smartphone. Thanks to all the changes, the cabin now looks much more premium. However, we do feel like the strobe lights and marker lights are a bit too much for the exterior, and subtler mods would have fared better here. 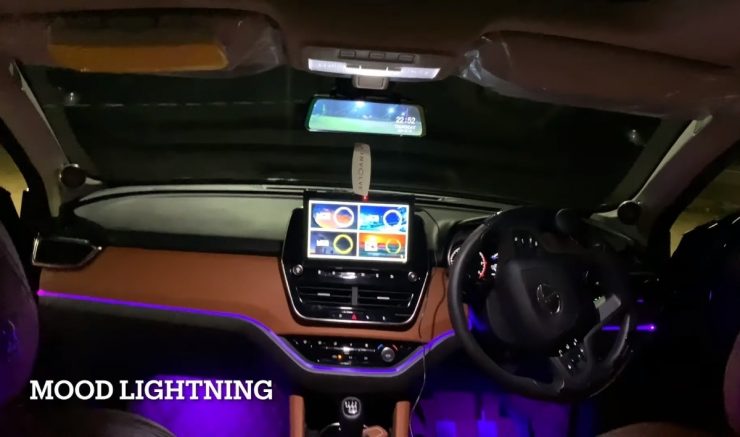 No changes have been reported to the powertrain of the SUV. Tata Harrier is powered by a 2.0-litre, turbocharged, inline-4 diesel engine, which generates a peak power and torque of 170 PS and 350 Nm, respectively. Transmission options include a 6-speed manual and a 6-speed automatic gearbox.