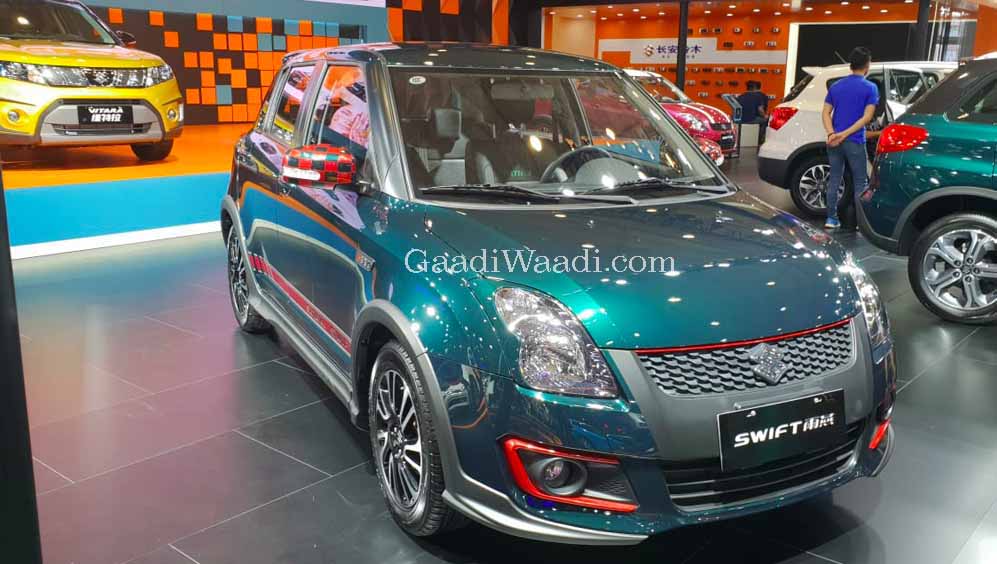 This modified Suzuki Swift has been showcased at the ongoing Chengdu Motor Show 2018. It carries several visual modifications that make it look really good. We feel that these updates are enough to help the old hatchback hide its age.

While this Swift carries many updates for the exterior, it’s completely stock on the inside. Hence, you get the same grey cabin that is available on the regular car. The seats get the usual fabric upholstery. 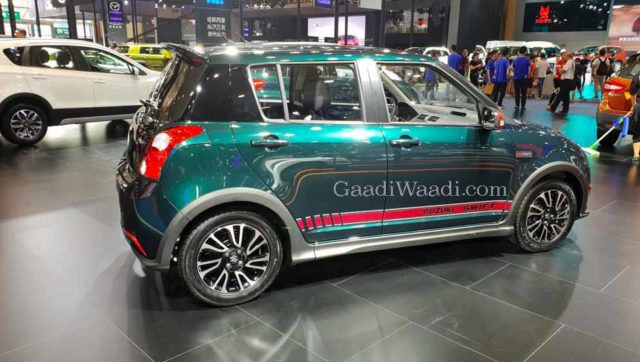 At the front, this modified Swift gets an updated bumper with red accents on the upper end of the grille and on around the fog lamp housings. The headlamp gets partially masked in the body colour to make them look visually different.

The grey plastic of the grille and the area around the front registration plate has been left painted while the rest of the car gets a metallic green paint scheme. 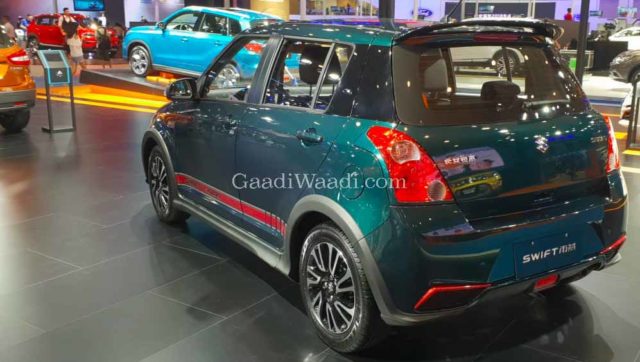 The modified Swift rides on sporty multi-spoke alloy wheels. The side profile also gets red-black chequered graphics on the ORVM caps and body decals around the lower-end. The C-pillar has been blacked out.

At the rear, the tail-lamp gets masked to complement the front-end. There’s also a roof spoiler to enhance the sporty appeal of the hatchback. Even the rear bumper gets red accents.

Details on the engine aren’t available. From the looks of it, this hatchback carries only visual modifications. But one thing that’s for sure is that these mods make the first-generation car have a higher visual appeal than the third generation version.