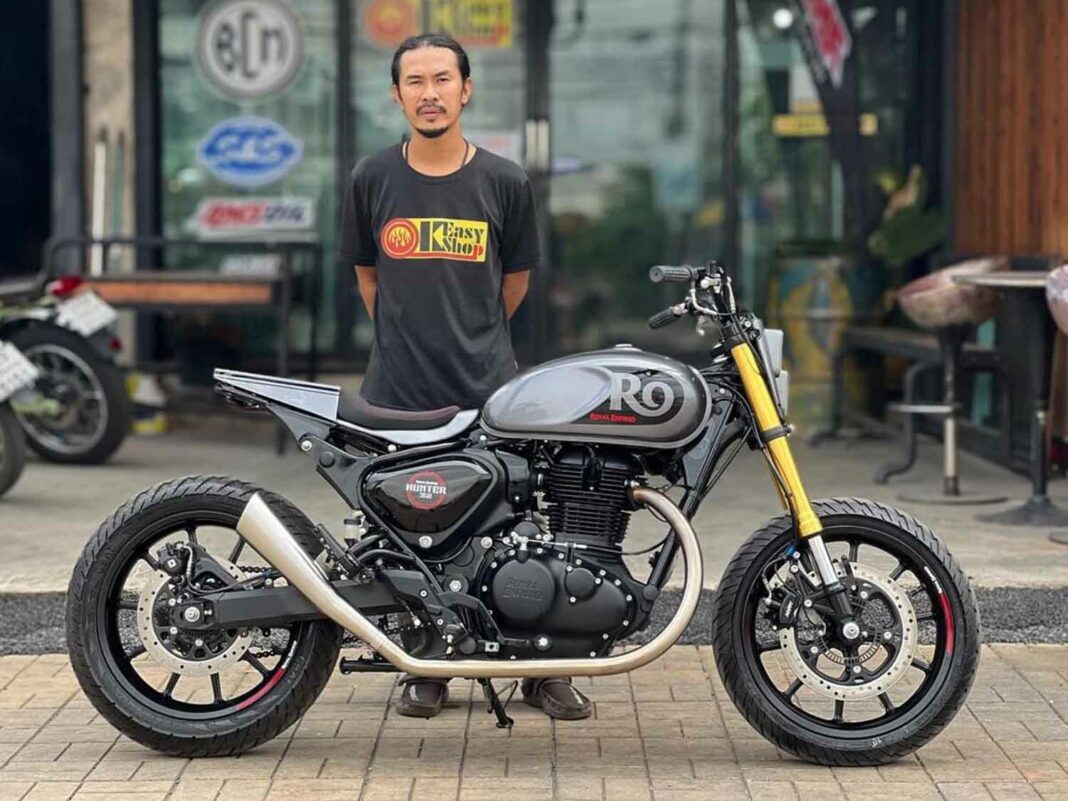 To start with, this modified bike has been designed and built by Bangkok-based Okeasyshop and features a number of changes that gives it a stronger and sportier look. The modifications include a new bolt-on subframe and new golden upside forks at the front. Furthermore, the bike also gets new handlebars and an updated headlight mask.

What we also get are new front brakes with Nissin callipers that are also offered with the Honda CB300R. The rear brakes however are stock. What we also get with this new modified Hunter 350 is a retro-fitter full system exhaust system with an upswept tip and custom fabrication. The seats are also new and shorter than before. 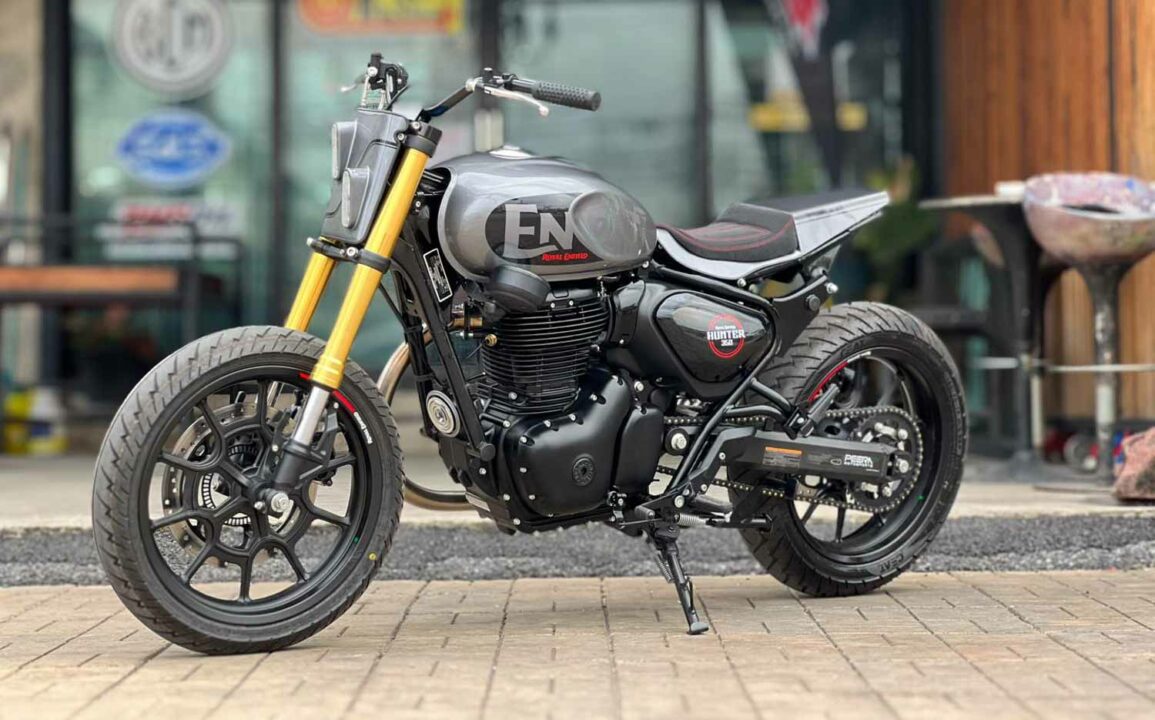 Having said this, the Royal Enfield Hunter 350 is based on the same platform that underpins other new 350 RE bikes like the Classic 350 and the Meteor 350. In addition to the same J-platform, it also gets the same J-series petrol engine that churns out a peak power output of 20.2 hp while the maximum torque output stands at 27 Nm.

This engine comes mated to a five-speed manual gearbox and offers impressive refinement levels and performance. In the Indian market, the new Hunter 350 is offered in two variant options – Metro and Retro. While the Retro variant gets wire-spoke wheels, the Metro variant on the other hand gets alloy wheels with chunkier tubeless tyres. 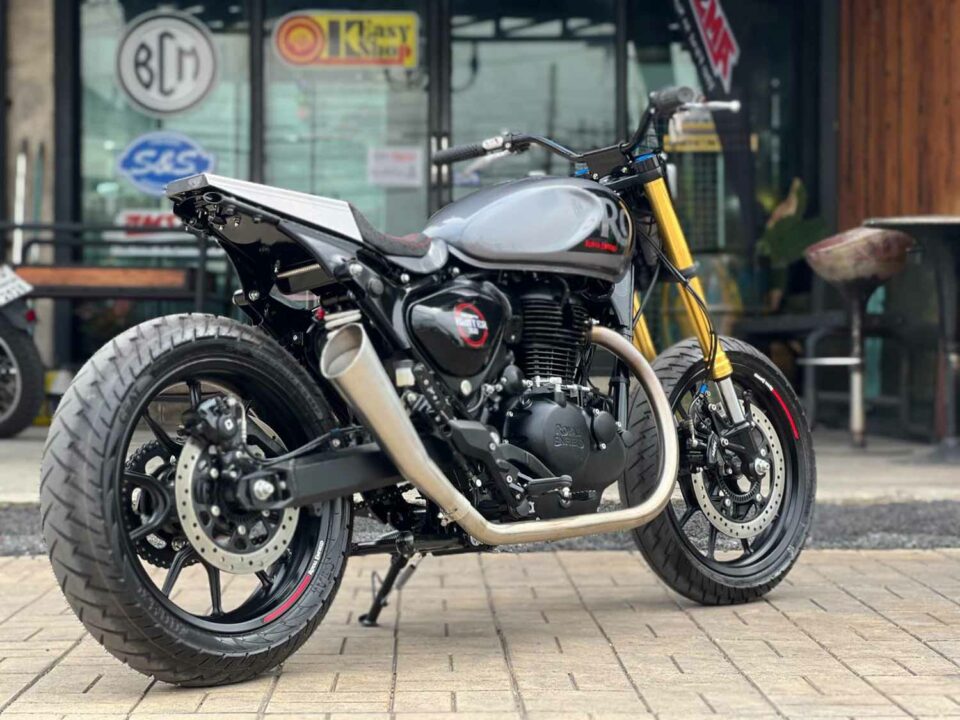