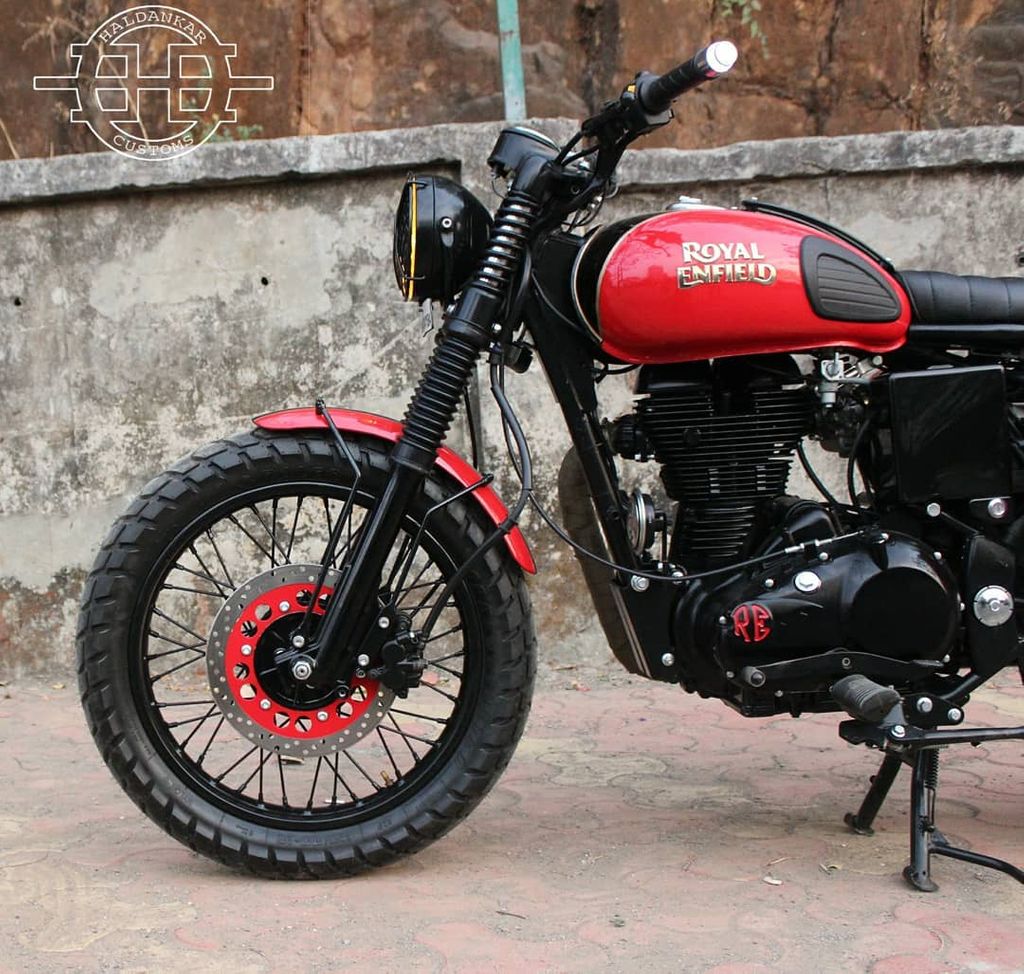 We have always felt that the Royal Enfield motorcycles provide a good base to the bike customizers. The modified Royal Enfield Bullet 350cc you see here further cements our belief. Customized by the Mumbai-based Haldankar Customs, this motorcycle has been rechristened the Encode.

The stock fuel tank has been given a dual-tone red-black paint combo along with golden Royal Enfield branding. The fuel tank also gets a luggage carrier, which imparts a slightly vintage look to the motorcycle.

The front gets a new round headlamp without the usual housing. It is protected by a unique grille. The forks get a rubber cover. The original tires have been replaced with wider rubber. The twin rear shock absorbers have a chrome finish. 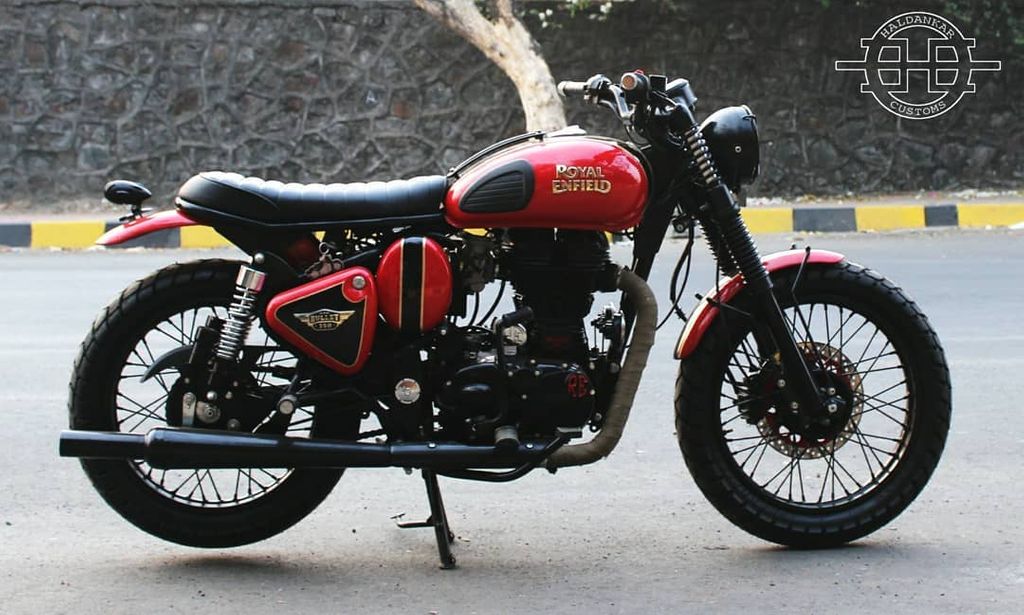 Both the fenders are custom-made and sport the same dual-tone red-black finish. The handlebar has been given a black paint job. It gets bar-end indicators, which lend a premium feel to the motorcycle. The modified Royal Enfield Bullet 350 cc scrambler Encode gets a single-pod instrument console. Rounding off the changes is custom taillight and a red-black dual tone paint for the rear drum brake.

The motorcycle doesn’t carry any performance modifications. It is powered by the regular 346cc, single-cylinder, carburetted engine that outputs a maximum power of 20 bhp and a peak torque of 28 Nm. It comes mated to a five-speed transmission. We feel that this modified Royal Enfield Bullet 350 offers a right mix of a retro design and the racy looks of a scrambler.