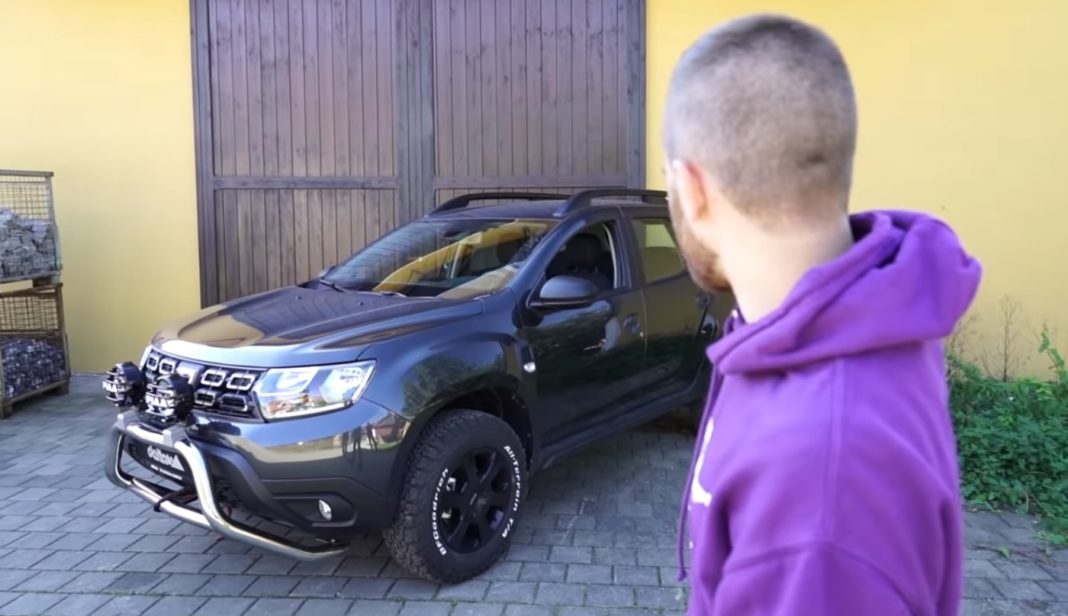 Check out this customised Dacia (Renault) Duster, built by Delta 4X4, which sports a lift kit and pretty-looking aftermarket wheels

Dacia Duster (or Renault Duster in a few markets) is quite a popular vehicle in various international markets. The vehicle used to be extremely popular in India as well, but as the competition stiffened, the Duster’s sales began to slack. That said, it has brilliant off-road capabilities, despite only being a crossover SUV (and not a ladder-frame one).

Of course, enthusiasts wouldn’t be satisfied with just a stock vehicle, would they? There is a lot of aftermarket support available for the Dacia Duster, including plenty of off-road kits. Here, we have a modified Dacia Duster, built by Delta 4×4, a custom garage based in Germany. Here, we shall cover all the changes made to this crossover SUV, starting with the front end.

A custom bull bar has been added to the front, with a pair of PIAA auxiliary lights mounted on it. There’s also an electrically-operated winch on offer, which is quite a useful tool to have when going on tough trails. At the side, we see the new 15-inch matt-black alloy wheels, shod with BF Goodrich All-Terrain tyres (225/70 in size). The car also gets a custom-made 20mm lift kit, which helps improve the ground clearance further.

Interestingly, these changes are rather moderate compared to a few other aftermarket kits we’ve seen. This particular model is the second generation Dacia Duster, which was first introduced in Europe towards the end of 2017. Interestingly, the second-generation model uses the same ‘B0’ platform as the first-gen Duster, but got updated styling, which looks much sleeker and sharper than before.

Internationally, the Duster is available in a variety of petrol engine options, ranging from 1.0-litre to 2.0-litre. A 1.5-litre diesel powerplant is also offered in a few markets. Sadly, the second-gen model never made it to India. We still get the first-generation Duster, although it has undergone a few facelifts over the years. 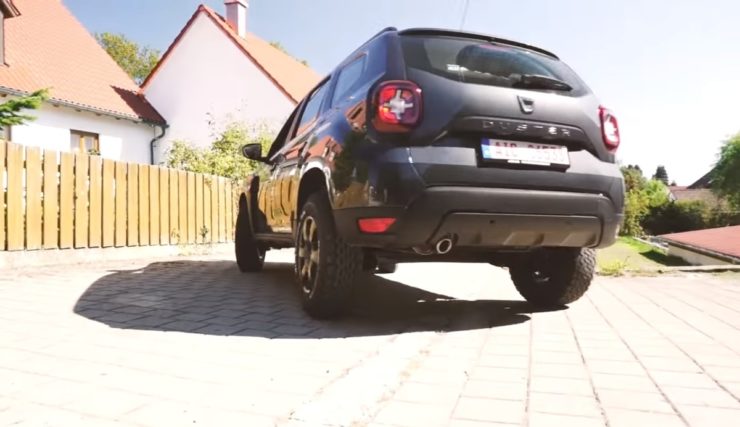 The India-spec version (2020 Renault Duster) is available with two engine options – a 1.3-litre turbo-petrol engine (155 PS and 254 Nm) and a 1.5-litre naturally aspirated petrol motor (105 PS and 142 Nm). The former can be had with either a 6-speed manual or a CVT, while the latter is only available with a 5-speed manual. The 1.5-litre turbo-diesel engine (available on the previous BS4-compliant version) has been discontinued due to the BS6 emission regulations.